An artist's rendering of a 6,400 square foot addition to Sooke's Evergreen Centre shopping plaza at 6660 Sooke Road. The commercial complex will include a Tim Hortons restaurant with a drive-thru.  Skyline REIT

Other occupants could include retail or office tenants although additional leaseholders, if any have been secured, have not been identified by the proponent.

Drawing on a heavy timber design with natural stone and glass, Wensley Architecture hopes to create an architectural gateway to Sooke's town centre by emulating the size and scale of the RBC Royal Bank building situated opposite Sooke Road from the development site.

The project will also encompass a beautification component of Evergreen Centre's southwest corner that has remained a surface parking lot following a fire that gutted a two-storey commercial several years ago.

Improvements to the pedestrian realm will include a dedicated parking lot for the plaza's BC Liquor Store, plus additional crosswalks. Evergreen Centre's entrance off Sooke Road's roundabout will be reconfigured for improved vehicle access allowing for streamlined travel throughout its surface parking lots.

Four electrical vehicle charging stalls will also be provided as part of the project.

Although construction timelines have not been confirmed, the project is likely to get underway by year's end or by early 2020.

Sooke's town centre Tim Hortons will join a counterpart currently under construction adjacent to Edward Milne Community School along Sooke Road near Sooke River Road. The coffee shop will mark the arrival of Tim Hortons to Sooke and the first franchise to open west of Langford on Victoria's Westshore.

The project marks the first phase of a commercial complex spearheaded by T'Sou-ke First Nation that will be comprised of a drive-thru Tim Hortons and a Petro-Canada gas station. Future phases, according to the Nation, may include a health and medical clinic component. C 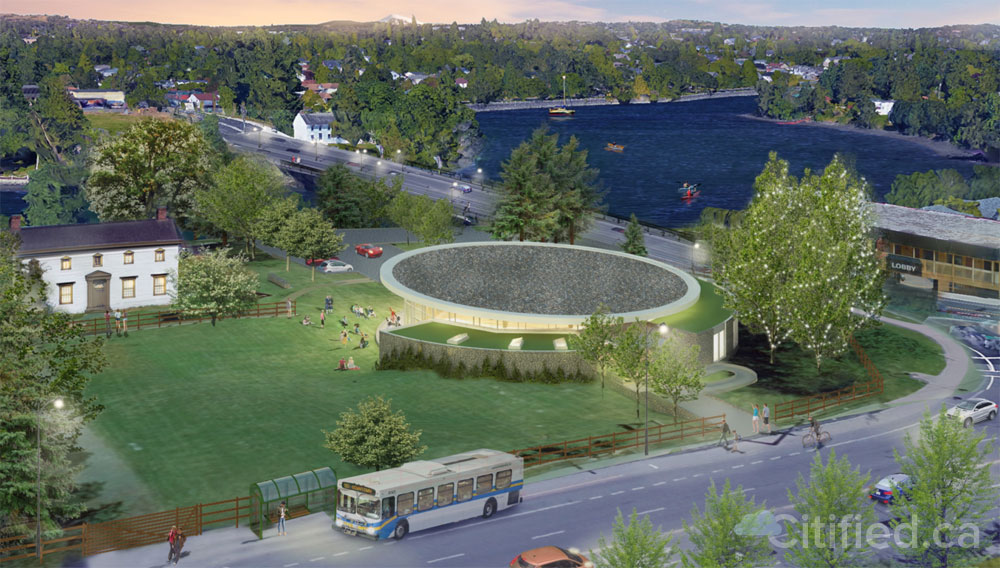