A rear wall of the Victoria Plaza Hotel remains standing following a May 6th fire that destroyed the historic complex. In the third week of May West Vancouver-based Ocean Gate Developments formally cancelled a proposal to redevelop the hotel and restore its façade, but the company now vows to move forward with a new vision for the site under the direction of Merrick Architecture. Citified.ca

commercial, condos, hotels, Downtown Victoria
New vision for fire-ravaged Victoria Plaza Hotel property to be unveiled later this year
MIKE KOZAKOWSKI, CITIFIED.CA
A fire ravaged downtown Victoria heritage building that was poised for restoration and redevelopment into condominiums will be the focus of a renewed building effort, according to documents filed with the City of Victoria.
Ocean Gate Developments, which owns the Victoria Plaza Hotel property at 603 Pandora Avenue, has retained Victoria-based Merrick Architecture to re-envision the site following a May 6th fire that heavily damaged the four-storey complex, resulting in its subsequent demolition.
Nick Askew, a managing partner at Ocean Gate, wrote the City on May 27th confirming the company will proceed with a new development proposal later this year.
“We are currently working with our Architectural Firm, Merrick Architects[,] to advance a new design for the property and hope to present initial concepts to City Planning in the next few months,” Askew said.
In the meantime a salvage team working the site will be able to recover multiple components of the destroyed building which include two round polished columns, undamaged white glazed brick, heavy structural timbers not damaged by the fire, cast iron structural columns and sidewalk prisms.
In the third week of May, Ocean Gate officially cancelled its proposal to redevelop the heritage hotel, built in 1911 as the Westholme, into 100-units of condominiums and four ground-oriented retail spaces. The project would have incorporated a heritage-restored Victoria Plaza Hotel with its Government Street façade refurbished as a primary heritage-focused architectural statement.
Ocean Gate's plans to build 100-units of condominiums along with groundfloor retail spaces had been in the works for several years and stemmed from an earlier iteration at the hands of the now-defunct development firm League Assets Corporation.
An investigation into the cause of the fire and a search for the Plaza Hotel’s missing caretaker remain ongoing, along with an investigation by Victoria Police. C
Receive Citified's timely real-estate news straight to your inbox. Sign up for our newsletter. 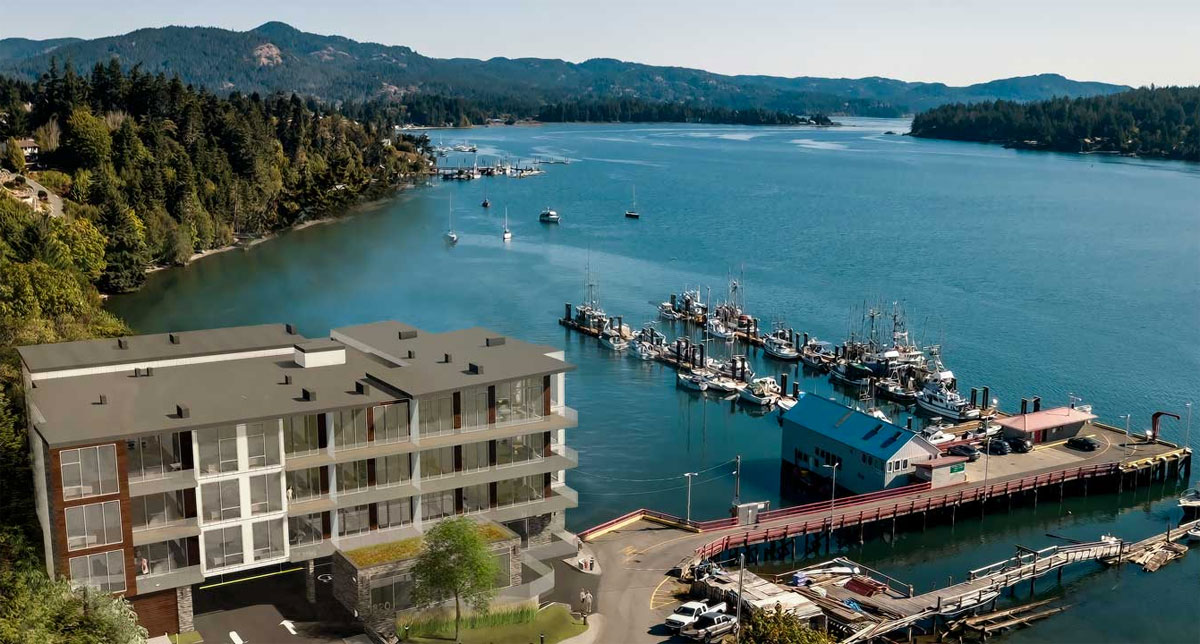 The Residences at Utopia