A 156,000 square foot retail complex has been proposed for a nine-acre parcel between the 6700-blocks of West Coast Road/Highway 14 and Eustace Road in Sooke, identified in blue. If approved, the project will deliver the largest single infusion of retail space to Sooke's town centre.  Google/Citified.ca

commercial, offices, West Shore
Large shopping plaza proposed for Sooke's town centre poised to deliver much-needed retail capacity to Victoria's western-most suburb
MIKE KOZAKOWSKI, CITIFIED.CA
A major retail plaza has been proposed for Sooke’s town centre with enough square footage to more than double the core’s commercial base and bring the district’s retail capacity to nearly 520,000 square feet.
Envisioned for the 6700-blocks of West Coast Road/Highway 14 and Eustace Road at Gatewood Road is a nine-acre project comprised of 156,000 square feet of commercial construction, including 15,000 square feet of offices, across six buildings from developer Mid America Venture Capital Corp. If approved, the shopping centre will become Sooke's largest commercial destination.
To put this scale of development into perspective, the town’s Evergreen Centre retail node along the 6600-block of Sooke Road/Highway 14 (home to Shoppers Drug Mart, Western Foods, BC Liquor Stores and other retailers) has a square footage of 69,000 square feet, while the Village Foods Markets plaza (immediately south of Evergreen Centre) with its assortment of retailers clustered around a grocery store is sized at around 40,000 square feet. Langford’s new Belmont Market, anchored by a 53,000 square foot Thrifty Foods grocery store, will eventually reach 160,000 square feet of leasable retail and office space making it comparable to the newly emerged plans in Sooke.
In recent years rumours have circulated around the prospect of a master-planned commercial project materializing at the site of the current proposal with anchor tenants including a Country Grocer and a Canadian Tire franchise, although no formal applications emerged. The land holding is affiliated, however, with the ownership group of the Country Grocer chain which operates two grocery stores in the Capital Region, two in the Cowichan Valley, a duo in Nanaimo and one on Salt Spring Island.
Mid America Venture Capital Corp's concept is in its early stages of a rezoning application seeking to re-label the land (designated as 6783 Eustace Road) from a rural zoning to a comprehensive Town Centre Mixed Use zone. As of the publication date of this article potential tenants have not been disclosed. Given the timelines typically involved with proposals of this magnitude, it is unlikely for shovels to be in the ground until 2022 at the earliest.
As the western-most suburb among Victoria’s five West Shore municipalities and as one of British Columbia’s fastest growing communities, Sooke is significantly under-served by the retail and commercial sectors. And due to a lack of new retail inventory keeping pace with housing construction, the district remains reliant on retail amenities and retail sector jobs in Victoria’s West Shore suburbs of Colwood and Langford some 20-to-25 kilometers east.
The dearth of retail offerings among a population of approximately 20,000 people (between Sooke-proper and unincorporated communities such as East Sooke, Otter Point and Shirley) has fielded plenty of social media banter among residents in support of general purpose shopping outlets for fashion and work wear, housewares, and home and garden supplies. The town also experiences tight dining capacity during busy periods and is not currently served by non-fast food dining chains or large-format operators.
In stark contrast to consumer asks and given the sizeable distances to shopping in Langford and beyond, Sooke's most recent Official Community Plan (OCP) document released in late 2020 has assessed the need for retail expansion at only 18,000 square feet by 2030, and 111,000 square feet by 2040. The fundamental reasoning for such low supply, according to the OCP, is predicated upon a continued or status quo trend by consumers to travel into Langford and Greater Victoria for retail services, despite the rate of population growth and 'shop local' initiatives from the Sooke Chamber of Commerce. The market, though, is betting on a significantly higher demand for retail, with the West Coast Road/Eustace Road proposal the largest among several upcoming additions to Sooke's retail network that collectively will add far more capacity than deemed necessary under OCP projections.
As a sign of things to come, in order to manage Sooke’s nearly 14% population growth rate between the 2011 and 2016 census counts, the town’s primary traffic artery connecting Victoria and the Capital Region is currently in the throes of a nearly $90 million improvement that will add a four lane section to Highway 14 between Connie and Manzer roads along with road widening between Otter Point Road and French Beach near Jordan River. The province has also announced a $4 million cell phone network investment that will install much-needed cellular connectivity along Highway 14 between Sooke and Port Renfrew by this fall.
Meanwhile, real-estate developers have been delivering new housing throughout Sooke at a fever pitch. Notable projects include The Residences on Sooke Harbour, a nearly sold-out oceanfront condominium development nearing completion on Maple Avenue South, and Heron View, a townhome community now selling its tenth and final phase of 91 townhomes near the Whiffin Spit nature area. And recently a 98-parcel subdivision sold to a lower mainland-based developer for an approximate $10 million sum as land values in the district rise in tandem with growing demand for suburban and semi-rural living brought on by the pandemic. C
Receive Citified's timely real-estate news straight to your inbox. Sign up for our newsletter, and connect with us on Facebook: 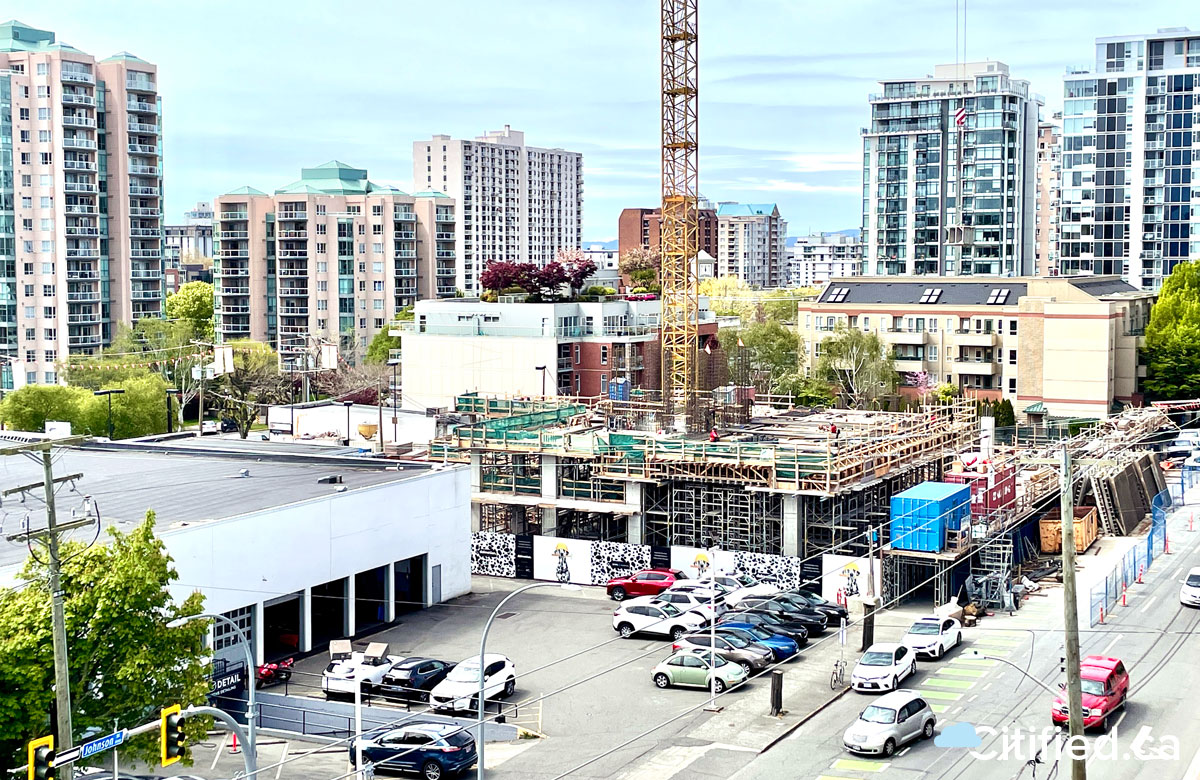