A new fire hall with residences above is under construction in downtown Victoria's Harris Green neighbourhood on Johnson Street at Cook Street amid a skyline of condominium towers. Condos and townhomes set new price recoreds in April as Victoria's real-estate market pushed for value among higher density property offerings.  Citified.ca

condos, subdivisions, townhomes, Downtown Victoria, Saanich Peninsula, Urban core, West Shore
Condos and townhomes deliver new price records in April as Victoria real-estate hums along
MIKE KOZAKOWSKI, CITIFIED.CA
The lowest volume of active inventory of any April didn’t stop a near record-breaking level of property transactions from taking place throughout the Capital Region last month, according to figures released by the Victoria Real-Estate Board.
The first month of the second quarter of 2021 far eclipsed the 287 panic-inducing sales of April 2020, when headlines warned of a market collapse following the first full month of COVID-19’s impacts on Victoria’s real-estate market (albeit Citified took a less negative approach to the start of COVID-19).
This April saw 1,116 sales through the Multiple Listings Service and marked the second-highest April on record following 2016’s 1,286 total, and had it not been for the dearth of available active listings at only 1,454-units, one of Victoria’s top performing real-estate agents believes sales could have far surpassed the final tally.
“The lowest inventory on record for April was recorded last month, and there is little doubt the lack of availability is having an impact on the number of home sales throughout the region,” says realtor Marko Juras. “To reach north of 1,100 sales given the lack of availability and at the prices homes are selling for is, by all accounts, a sign that demand continues to far outstrip supply.”
Single-family-homes made up the bulk of residential sales as they normally do with a total of 564 transactions landing ten shy of March’s total. The average price paid was $1,139,355, a drop from the previous month’s $1,176,691. The median also slipped to $1,001,000 from $1,022,000, hanging on to its perch above the million dollar mark.
Condominium sales, however, carried on with their record-breaking streak by delivering an all-time high median of $489,000 over 331 acquisitions, a record number of sales for April. The average value was $534,021, some $20,000 below March’s all-time record high. Fuelling demand was relative price point and affordability by a market faced with million dollar single-family-homes, and driving the price higher were larger units in the range of two-bedrooms and above that are appealing substitutes for out-of-reach townhomes or houses.
135 townhome sales landed at their highest average, ever, and for the first time topped the $700,000 mark to settle at $712,261. The median also set a new record at $690,000. Due to their rarity, and relative affordability, demand for townhomes has surged throughout the Capital as workers settling into a new normal of working from home seek added space for work-live environments.
In terms of who is buying, Juras says data shows purchasers are overwhelmingly likely to be locals, and travel restrictions will have an impact on overall market performance by virtue of curbing homebuying trips. The agent also believes purchasers are coming to terms with the realities of the Victoria market which saw fewer offers per property in April but in turn more concise and strong offers from those who put them forward, suggesting “buyers are recognizing that Victoria’s tight re-sale inventory drastically reduces the chances of successful lower bids.”
As for what’s to come as spring pushes into summer, Juras believes the market is likely to find an equilibrium over the next several months.
“It would appear as through the market is settling in to a new reality where larger units, be they condominiums or townhomes, are going to remain top-of-mind for people who are likely to continue working from home into the foreseeable future. Meanwhile larger properties typically available in semi-rural parts of the region like Sooke will continue to see strong demand among people searching for land along with single-family-dwellings,” Juras says. “And what appears to be relatively certain is desirable properties will continue to perform in a league of their own, driving prices among top-tier listings to highs supported by well-capitalized buyers looking for a property foothold on the south Island.” C
Receive Citified's timely real-estate news straight to your inbox. Sign up for our newsletter, and connect with us on Facebook: 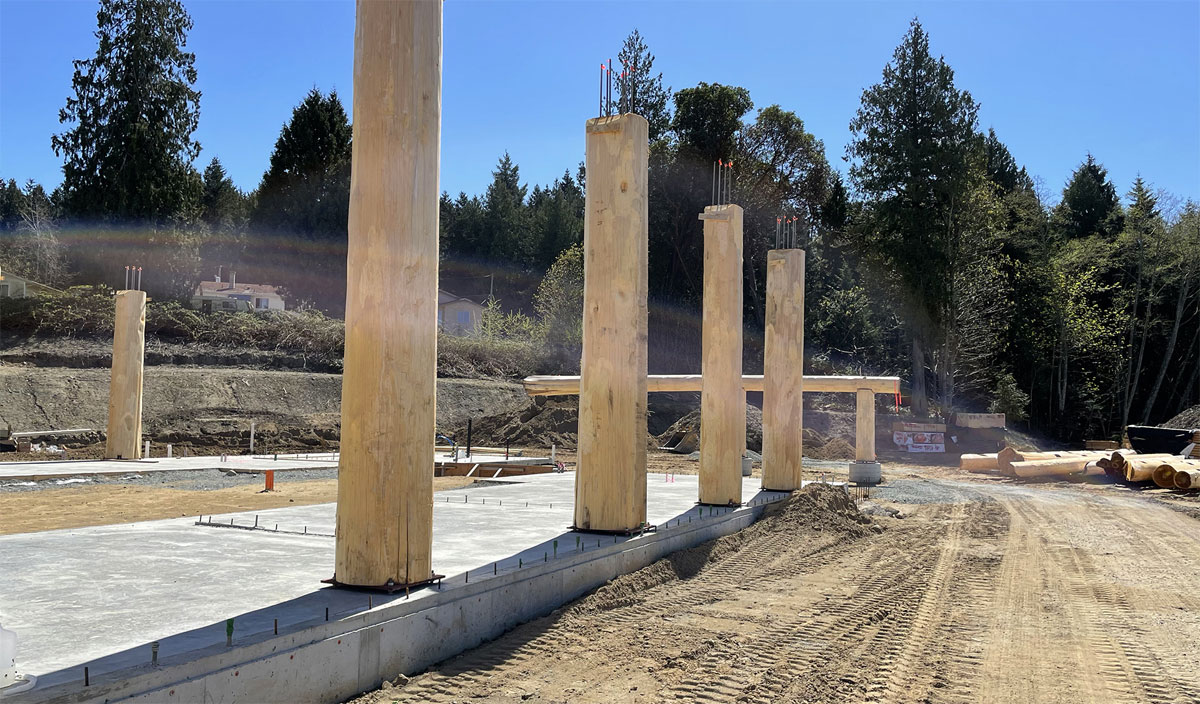