condos, Urban core
Completion of James Bay's Capital Park arrives in tandem with sell-out of its 113 condos and townhomes
MIKE KOZAKOWSKI, CITIFIED.CA
Capital Park Residences, which makes up the 113-suite homeownership portion of the Capital Park master-planned community in James Bay, has reached sold-out status, Citified has learned.
Comprised of office buildings, retail spaces, rental and condominium homes and a row of market townhouses between the 500-blocks of Superior and Michigan streets at Menzies Street, Capital Park got underway in 2015 when development partners Concert of Vancouver and Victoria-based Jawl Properties launched construction of the office and rental components.
In 2018, work started on Capital Park’s second phase that, by early 2022, would deliver a five-storey condominium, a four-storey condominium, and a collection of three-level townhomes all fronting the 500-block of Michigan Street.
Capital Park is located on the site of a former surface parking lot and an adjacent property housing several lowrise office blocks for provincial workers that were constructed half a century-ago. As part of an agreement known as the Victoria Accord, the land was earmarked for rejuvenation and a consolidation of government offices throughout Victoria’s downtown core and the James Bay neighbourhood’s legislative precinct.
“Evolving from the Victoria Accord, a planning agreement established with the City of Victoria over 20 years ago that sought a mixed-use approach for the area, the transformation of the historic Victoria James Bay neighbourhood has revitalized the area,” reads a corporate project update from Concert speaking to the completion of Capital Park. The statement continues:
“The Accord sought to ensure that the development fit in with the historic James Bay neighbourhood and [the] nearby Legislature, that it opened up public access through and to amenities, and that critical views were preserved. Now that vision has become a reality.”
Alison Wedekind, who oversaw the multi-year home sales program at Capital Park as Concert’s Seniors Sales Manager, says the redevelopment of James Bay’s Capital Park lands delivered a much-needed improvement to a high-profile site.
“It has transformed the community and you feel it with every step,” Wedekind said. “So many people don’t remember what was here before, and that’s because it was non-descript – a parking lot and some aging provincial office buildings.”
In addition to government offices and residences, Capital Park’s ground floor retail spaces are now home to a James Bay branch of the Greater Victoria Public Library, a boutique Red Barn Market grocery store, and a Good Earth Coffeehouse. The retail amenities have helped bridge the gap between services offered elsewhere in James Bay, and downtown Victoria.
“The completion of Capital Park breathes new life into a key area that links the downtown core to the James Bay community,” says Colleen Anderson, Concert’s Senior Vice-President, Sales and Marketing. “Guided by Concert’s people-first design principles, Capital Park has transformed this area into a vibrant and connected community while honouring the area’s historic character.”
Meanwhile, Concert is currently selling and leasing homes within Tapestry at Victoria Harbour – an active-aging seniors’ community at Belleville and Douglas streets that was completed in early 2021. Jawl Properties is pursuing approvals for a ten-storey office tower on the site of the Capital Six theatre in downtown Victoria. In addition, both developers are in the early stages of multiple development pursuits in the central core of Victoria, building on their long history of new home and commercial construction in the region. C
Receive Citified's timely real-estate news straight to your inbox. Sign up for our newsletter, and connect with us on Facebook: 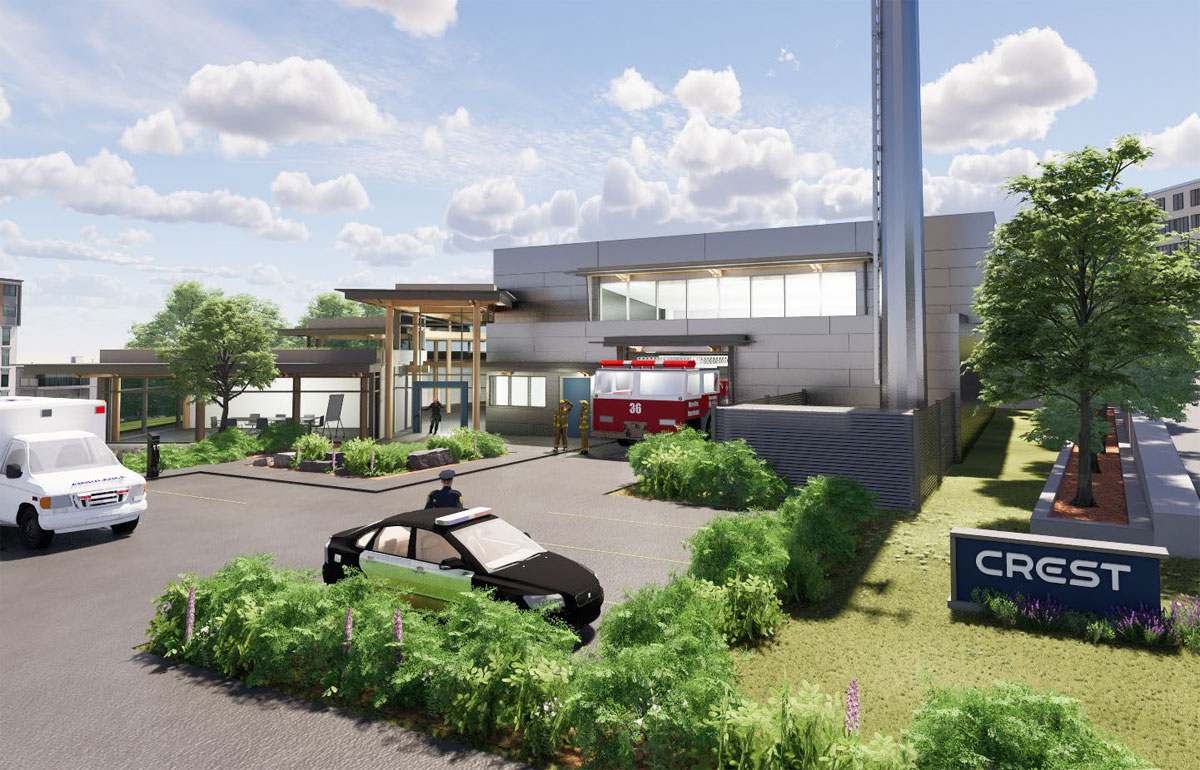