An early artist's rendering depicting a hypothetical design for Aragon Properties' redevelopment of a strip mall known for video rental shop Pic-A-Flic Video on Cook Street at Pendergast Street. The design concepts for the site are in their infancy.  Aragon Properties

commercial, condos, Urban core
Plans for 'Pic-A-Flic Video' redevelopment proposal unveiled
CITIFIED STAFF
A development vision for a strip mall home to Pic-A-Flic Video in Victoria’s Cook Street Village has been revealed by Vancouver-based Aragon Properties.
The company has been hosting community consultation sessions for what it hopes will become a mixed-use residential and commercial development at the intersection of Cook and Pendergast streets one block north of the Village’s Starbucks coffee shop.
Building massing options, otherwise known as schematics identifying overall size and scale options for a proposed building, have been presented to the Fairfield Gonzales Community Association in four, five and six-storey variants with the two taller massings depicting setbacks for upper levels.
Aragon’s eventual rezoning application before the City of Victoria will be adapted based on feedback received from the community, according to the developer's webiste. The company maintains the development process is in its infancy and its design considerations will continue to evolve.
The proposal first surfaced in August of this year, at which time the owner and operator of Pic-A-Flic Video, Kent Bendell, confirmed that he would “simply relocate” should the video rental store’s existing location be faced with demolition. C 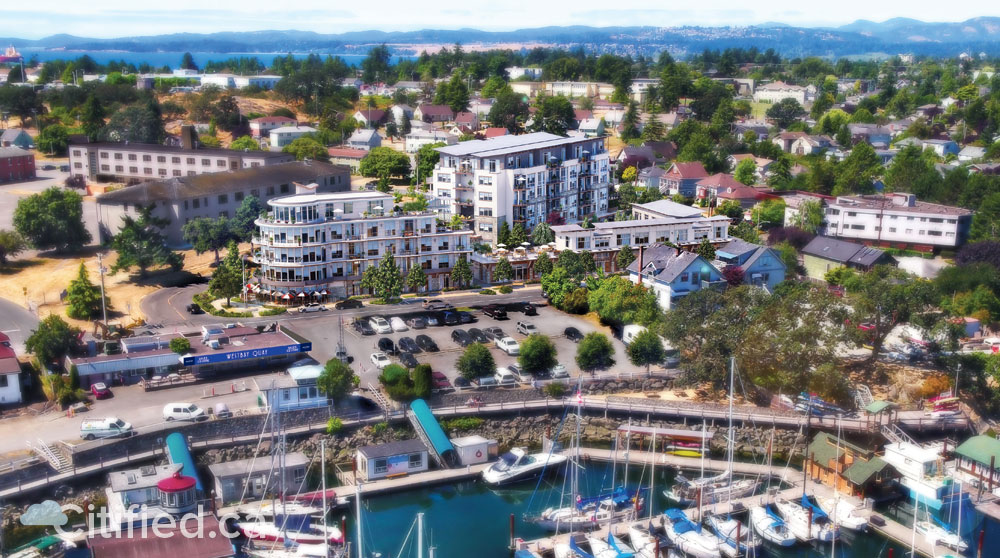