condos, townhomes, Urban core
Construction of Rockland's Bellewood Park condominium and townhome project gets underway
MIKE KOZAKOWSKI, CITIFIED.CA
Construction of Abstract Development’s Bellewood Park condominium and townhome project is officially underway along Victoria’s upper Fort Street corridor, Citified has learned.
Comprised of 74 one, two and three-bedroom homes throughout two boutique buildings and nine townhomes, Bellewood Park’s well-appointed residences will rise on a nearly two-acre parcel in the historic Rockland neighbourhood known for landmarks like the Craigdarroch Castle, Government House and the Art Gallery of Greater Victoria.
“Bellewood Park’s location and park-like setting makes it second to none for a pre-sale offering in Victoria,” says Abstract founder and CEO, Mike Miller, who is overseeing the delivery of Bellewood Park as the company's 78th development since its inception in 1999.
“Rockland’s deep history, its walkable tree-lined streets and traditional estates on the cusp of downtown Victoria lends the area to being one of the most sought after residential addresses in the city, one where new housing is seldom built. Combine this location with a rare setting surrounded by greenspace and nestled among a canopy of mature trees, and I believe you really have a gem. On these aspects alone, Bellewood Park is an incredibly unique offering."
Having reached 50% sold-out status in a matter of months, the project’s thoughtfully-designed suites with high-end finishings and stunning views wooed buyers from across southern Vancouver Island and from as far away as eastern Canada.
“Local buyers with plans to downsize consider downtown Victoria and its periphery neighbourhoods as a prime area in which to relocate, and Rockland is widely known to represent the very best of urban living with a sense of scale and character only an established neighbourhood can provide,” Miller says, adding that “Bellewood has also attracted a broad range of Canadian purchasers who regard Rockland as the Island’s own Shaughnessy of Vancouver, Forest Hill of Toronto and Westmount of Montreal.”
In addition to Bellewood’s two lowrise buildings – one of which will be built out of concrete while the other a woodframe – and its row of heritage-inspired townhomes, 83 new trees will be added to the property for a total of 125 trees on-site, eight of which will be mature Garry oaks retained during construction.
In fact, Miller says, over an acre of the development site will be maintained as open green space, a feature that far exceeds the status quo among several multi-family properties adjacent to Bellewood Park and throughout the city.
Bellewood’s green space will also serve as a formal connection between Fort Street and the Art Gallery of Greater Victoria’s Moss Street facility situated to the north. Taking advantage of the areas walkability, one of Miller's amenity package priorities was to streamline pedestrian access to the popular cultural hub.
“We’re thrilled to be the first developer to contribute land to the Pemberton Trail, a pedestrian pathway that has served the Rockland community for many years but has lacked a designated extension to Fort Street,” Miller said. “Extending the pathway to the corridor through the property will provide an improved and unique pedestrian experience for those walking through the area.”
Victoria's bi-directional protected bike lane network is accessible only a stone’s throw from Bellewood's 1201 Fort Street address, and will soon extend via Vancouver Street to the Dallas Road waterfront and the largest parkland in Victoria’s urban core, Beacon Hill Park. A protected cycling route to downtown Victoria opened in 2018 along Fort Street.
Miller is no stranger to the area around Fort and Cook streets. Abstract's offices overlook the intersection while the firm’s sold-out Black and White condominium, under construction at the southeast corner, is destined to become a landmark upon completion later this year. Black and White itself follows in the footsteps of The Emerson, a boutique residence Miller completed in 2016 on Rockland Avenue off Cook Street, and 8 on the Park, a condominium and townhome infill development completed earlier the same year along the Park Boulevard entrance to Beacon Hill Park.
“Upper Fort Street is a vibrant community with architectural and cultural influences that extend from the busy streets of downtown Victoria to the traditional, single-family-dwelling dominated Rockland, Fairfield and Fernwood neighbourhoods,” Miller said. “It’s a perfect mix of city living that balances so well the ingredients that have drawn all ages and backgrounds back to the city, and why so many of our purchasers have chosen to make the area their home.”
With Bellewood Park now underway, Miller expects construction to span approximately 30 months with completion planned for late 2021.
To learn more about Bellewood Park and to schedule a meeting with Abstract’s sales team, visit the project website here or call 778-265-3464. The Bellewood Park Presentation Centre is open Saturday through Wednesday, Noon-to-5PM, at 1010 Fort Street. C
Receive Citified's timely real-estate news straight to your inbox. Sign up for our newsletter. 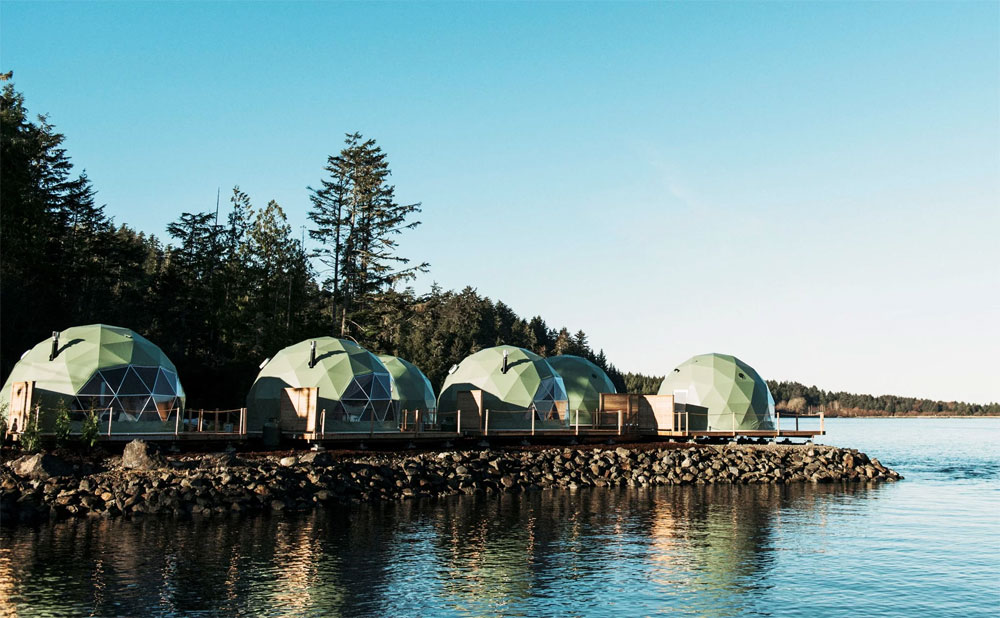