Travellers pass through the departure terminal at Victoria International Airport, where a nearly $20 million expansion will double the square footage of terminal space for departing passengers. The airport is on-track to welcome a record volume of travellers in 2018.  Victoria Airport Authority

commercial, Saanich Peninsula
Another record year expected for Victoria International as $20 million terminal expansion takes off
MIKE KOZAKOWSKI, CITIFIED.CA
British Columbia’s second busiest airport is once again on track to welcome a record volume of passengers by year’s-end, according to statistics released by the Victoria Airport Authority (VAA).
Throughout the first half of 2018 966,725 arriving and departing travellers passed through the gates of Victoria International Airport (YYJ). The mid-year passenger count represents an increase of 5.9% over the same period last year.
YYJ has experienced several years of steady passenger growth as existing air carriers pad flight offerings while growth from new carriers – such as Delta Airlines and Yukon-based Air North – increase direct flights and connection opportunities.
To accommodate over two million passengers on an annual basis, the VAA has invested $19.4 million on a 35,000 square foot terminal expansion now underway adjacent to the lower departure lounge.
With a 25% increase in passenger volumes since 2012, the existing terminal has reached capacity and air-side commercial food and beverage providers routinely struggle to serve long queues of departing travellers.
Construction is expected to be completed by mid-2020.
Meanwhile work began today on a nearly $2 million airport road improvement project that will yield repaving for Willingdon Road between Electra Boulevard (the main frontage road at the passenger terminal) and East Saanich Road, and Electra Boulevard crescent from Willingdon Road to the terminal and back to Willingdon Road.
YYJ's passenger growth in 2017 outpaced 2016's then record-breaking volume by 4.2%, pushing the number of passengers to have arrived and departed to 1,934,842 from 1,856,421. This placed YYJ tenth among the country's 15 busiest airports (behind Billy Bishop Toronto City Airport in downtown Toronto and just ahead of Kelowna International Airport).
A recently undertaken 2017 economic impact assessment by interVISTAS Consulting concluded that YYJ generated 4,200 person years of employment, $270 million in wages throughout British Columbia, $420 million in gross domestic product and $880 million in economic output.
An earlier impact study was conducted twelve years ago and at the time had indicated Victoria International's economic output was $441 million with employment reaching an equivalent of 2,920 full-time persons. C
Receive Citified's timely real-estate news straight to your inbox. Sign up for our newsletter. 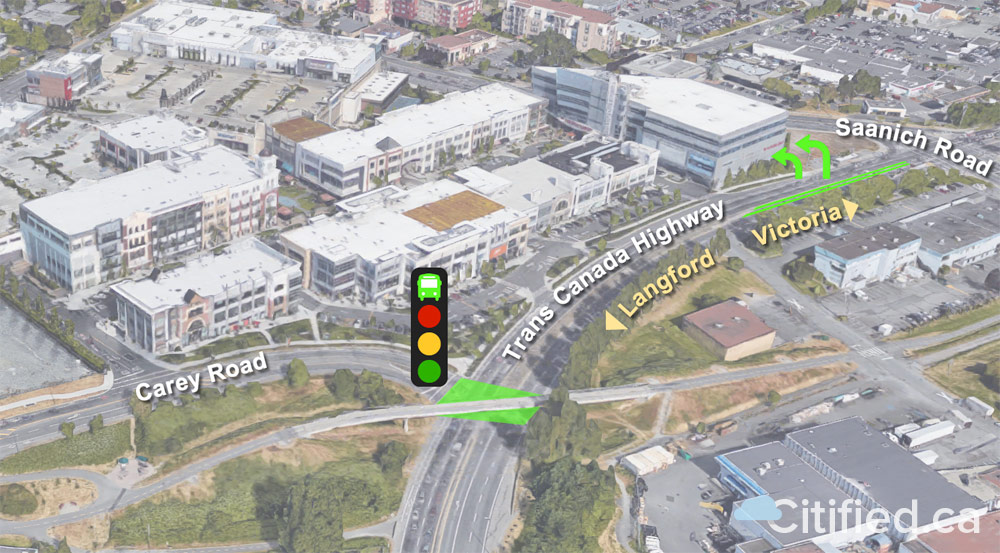