An artist's rendering of 9837 Third Street, a mixed-use residential, retail and office project now rising on the site of Sidney's former fire hall. The property had served as the town's fire services headquarters since the 1930s.  Sakura Project Management

commercial, condos, offices, rentals, Saanich Peninsula
91-unit mixed-use residential and commercial building begins rising on site of Sidney's old fire hall
MIKE KOZAKOWSKI, CITIFIED.CA
A mixed-use residential, retail and office development on the site of Sidney’s former fire hall is now underway between the 9800-blocks of Third and Second streets.
Rising to six-storeys at the intersection of Third Street and Sidney Avenue, the project (presently dubbed 9837 Third Street) will be comprised of 91 residences in the form of studio apartments and one, two and three-bedroom suites. A retail component will front onto Third and Sidney streets in the ground level, while a three-storey wing will extend along a narrow property towards Second Street with an office component across two levels and a ground floor retail unit.
The woodframe design by Praxis Architects includes an underground parking component for approximately 120 vehicles.
Construction is expected to push into late 2021.
In 2017 the Town of Sidney sold the 42,400 square foot fire hall property to Victoria-based Sakura Project Management for nearly $10 million. The funds were directed towards a $14 million emergency services building that completed in 2018 near the intersection of Beacon Avenue and Highway 17.
The new fire hall and ambulance station replaced the Third Street hall built by Roger Saqui Construction in 1990, a general contractor that operated in the Victoria area in the 1980s and 1990s. The building would be the last fire brigade structure on the property which served as Sidney's fire hall headquarters since the 1930s.
Sidney’s downtown core has been the focus of significant development activity in recent years with multiple projects having completed since the start of the decade and numerous proposals in various stages of the municipal planning process.
Upcoming projects of note include Cameo, the redevelopment of the Star Cinema property across the street from the fire hall site into a six-storey condominium and retail complex housing a modernized theatre, and The Quartet, a five-storey, 22-unit high-end condominium underway along the 9700-block of Fourth Street. Meanwhile 56-units of workforce rental housing were recently added to the town centre (in the 9800-block of Fourth Street) in The Aranza. The project, by the Greater Victoria Rental Development Society, delivers much needed attainable rental housing to the Saanich peninsula.
To view additional projects underway or proposed for Sidney and the Saanich peninsula, view Citified's condominium and rental listings and select "Saanich peninsula" from the options. C
Receive Citified's timely real-estate news straight to your inbox. Sign up for our newsletter. 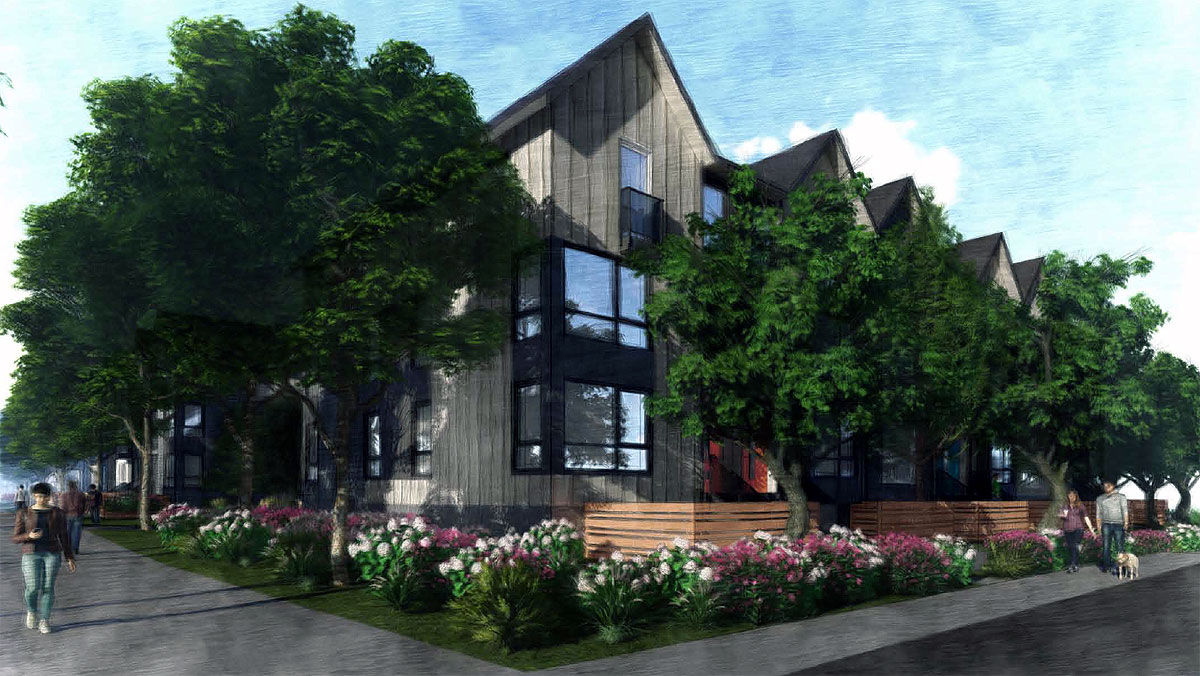