An artist's rendering of the latest design incarnation for a mixed-use hotel and retail complex along the 1300-block of Broad Street between Yates and Johnson streets in downtown Victoria.  Chard Development / de Hoog Kierulf Architects

commercial, hotel, Downtown Victoria
Proposal for 137-room Broad Street hotel to include bee habitat, car elevator
MIKE KOZAKOWSKI, CITIFIED.CA
Chard Development’s proposal for a hotel along the 1300-block of Broad Street has been redesigned to incorporate feedback from the municipality.
The six-storey complex – incorporating the historic Duck’s Building at 1314-1324 Broad Street (built in 1892), a replacement of the Canada Hotel at 615-625 Johnson Street (built in 1874) and a new-build wing to the south of the Duck’s Building at 1312 Broad Street – has been re-envisioned with altered façades.
Chiefly among the changes is the introduction of vertical design elements and ground floor improvements on the south and north wings. The Duck's Building will feature four levels of hotel rooms above a commercial ground floor, as will the new-build portion. The new Canada Hotel wing fronting Johnson Street will rise to six levels. The Duck's Building will see an addition of a stepped-back top floor and the Canada Building will expand by four levels, with the sixth floor recessed.
137 hotel rooms will be managed by what Chard Development describes as “a well‐known international flag” operator with a “commitment to procuring locally‐sourced products in all aspect of the hotel operation, from artwork, to furniture, to the soaps in the guest bathrooms.”
The hotel will feature a bee habitat, something also planned at the under construction Wade condominium development in downtown Victoria, and landscaped roof areas.
The economic impact of the hotel’s operation is estimated to reach $5.9 million and result in the creation of 40 direct jobs while 85 full-time jobs are expected as a broader impact of the hotel’s operations and activities by visitors.
$2 million in taxation revenue for all levels of government is budgeted, with $900,000 in municipal taxation contributed from the hotel operation and its guests.
Two car elevators installed as part of the Duck’s Building’s rehabilitation will lessen the visual impact of street-front vehicle entry and exit lanes while reducing the space typically allocated for interior ramps. 36 vehicle stalls will be included.
Chard’s initial proposal for the properties, as part of a partnership with the University of Victoria's UVic Properties division (which owns the parcels) was planned as a seven-storey residential project with 108 market condominiums and 57 University of Victoria graduate student rental apartments. The concept transitioned into a hotel project earlier this year.
The Broad Street plans are one of several hotel developments moving forward in the Capital. The operators of Abigail's Hotel are working to secure approvals for an eight-room expansion of McClure Street boutique property, and Douglas Street's Sandman Hotel is eyed for redevelopment from a four-storey building to a six-storey building with 182-rooms, nearly double the Sandman's existing room capacity. Meanwhile Vancouver-based Reliance Properties is moving forward on a heritage restoration of 780 Blanshard Street into a commercial building that could include a mix of office and retail spaces, and hotel rooms. C
Receive Citified's timely real-estate news straight to your inbox. Sign up for our newsletter. 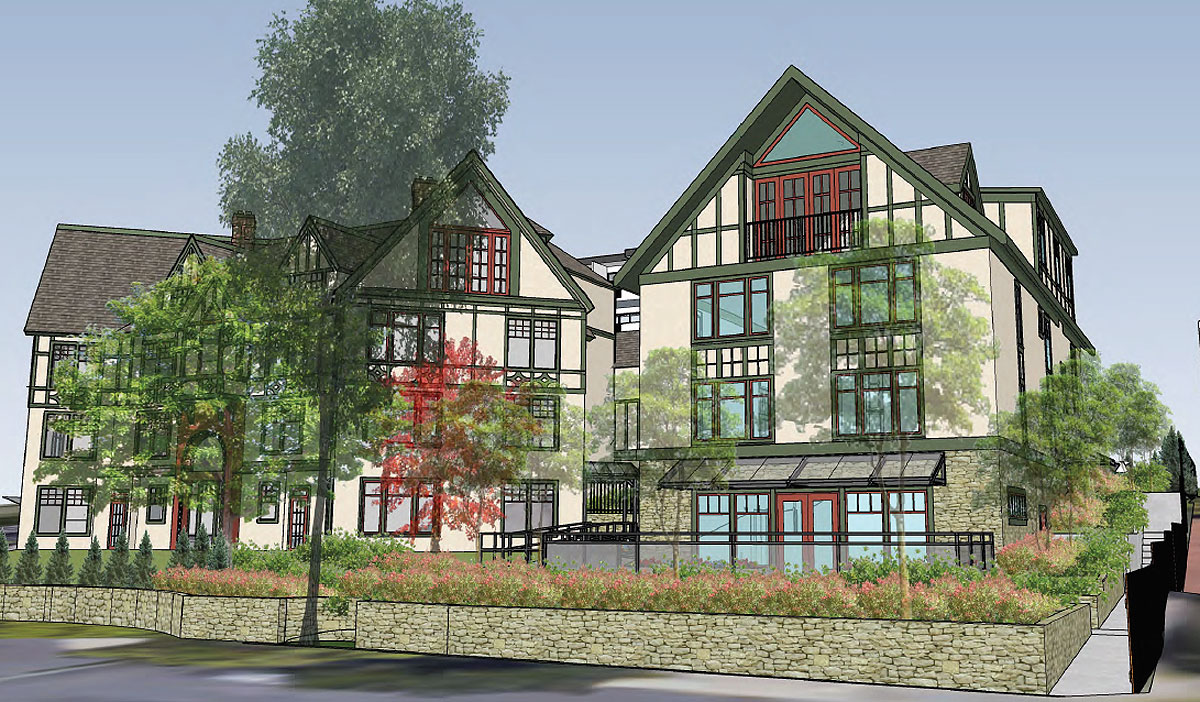