The Sandman Hotel Victoria, situated at 2852 Douglas Street at Hillside Avenue and Gorge Road East, is slated for an expansion that could nearly double its hotel room capacity. Sandman Hotel Group

commercial, hotel, Urban core
Douglas Street's Sandman Hotel slated for expansion into six-storey, nearly 200-room complex
CITIFIED.CA STAFF
The Sandman Hotel Victoria situated at the nexus of Douglas Street, Hillside Avenue and Gorge Road East is slated for redevelopment into a larger complex.
Vancouver-based Sandman Hotel Group is currently undertaking a community engagement process with the Burnside-Gorge Neighbourhood Association and is expected to file a formal proposal with the City of Victoria later this year.
According to plans, the existing four-storey, hundred-room hotel will nearly double in size to 182 up-market suites across six-storeys, if the development vision proceeds as currently proposed. The project will also include a standalone four-storey parking component featuring a ‘living wall’ foliage treatment on two façades, an expanded liquor store, a pool and gym, and a restaurant.
The proponents also plan to fund bicycle lane infrastructure along the hotel's Gorge Road East and Douglas Street frontages.
It is not immediately clear if the Shark Club Victoria pub, which currently occupies a portion of the hotel’s ground floor, is expected to re-emerge as (or one of) the food and beverage operator in the new-build.

With 50 locations across Canada, the United Kingdom and the United States, the Sandman Hotel Group is actively growing its holdings with new hotels across the country. Upcoming hotels, in addition to the Victoria expansion are coming to Saskatoon, Quebec City, Ottawa, and Sherwood Park, Alberta.
News of the Sandman expansion comes on the heels of Chard Development’s and UVic Properties’ announcement that their condominium and rental proposal for the 1300-block of Broad Street has switched course to pursue approvals as a hotel.
In 2017 the development partners had unveiled a concept spanning several Broad Street properties between Yates and Johnson streets, including a restoration of the historic Duck’s Building built in 1892. One portion of the project was to have included rental housing for graduate students, although UVic’s subsequent announcement for a significant housing project on-campus may have negated the need for off-campus rental accommodations for students.
The number of rooms and the potential branding of Chard's/UVic's hotel have not yet been been revealed. C
Receive Citified's timely real-estate news straight to your inbox. Sign up for our newsletter. 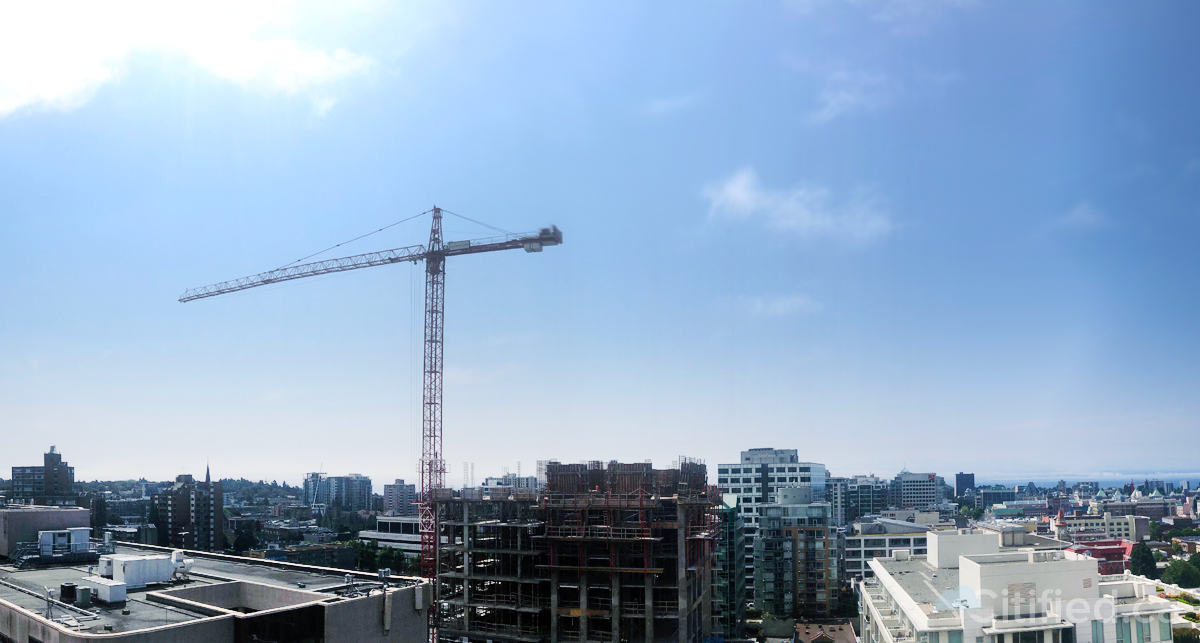