Condominiums nearly reached parity with single-family-home sales throughout Greater Victoria for the first time in recent history. A record-low volume of re-sale listings have suppressed home sales on the south Island, while pushing valuations to all-time records.  Citified.ca

condos, subdivisions, townhomes, Downtown Victoria, Saanich Peninsula, Urban core, West Shore
August shatters Victoria price record for houses with $1.22 million average amid plummeting re-sale inventory
MIKE KOZAKOWSKI, CITIFIED.CA
August culminated a wild summer for south Island real-estate as home prices pushed to record highs while record-setting low listing volumes work to suppress sales.
Real-estate activity from Sooke to Sidney saw fewer deals compared to the same period last year, albeit prices soared as buyers siphoned up what little made its way onto the Multiple Listings Service (MLS), and paid a premium for the privilege.
“The end of summer came with new real-estate records for Victoria, but ultimately it epitomized the story of 2021 being the year of low inventory and buyers reaching to pay higher sums for what limited inventory there was,” said Marko Juras, a Victoria-based realtor.
According to data released by the Victoria Real-Estate Board (VREB), August’s sales via the MLS totalled 831 transactions and delivered the highest average and median prices for single-family-homes, ever. The month also ended just shy of setting new records for average and median condominium prices.
The average price buyers paid for a free-standing house in the Capital Region surpassed $1.2 million for the third time this year to land at its highest point of $1,222,627 among 357 deals, while the median hit an all-time record of $1,088,000. Last August the average and median prices were $998,291 and $880,000, respectively, across 509 deals.
Condominium sales nearly reached the volume of single-family-home purchases for the first time in recent history, ending the month with 345 deals compared to 262 last August.
In terms of price, condominiums sold for an average of $552,353, a sliver below the all-time record of $554,137 set in March of this year. The median was $482,500 and just below April’s record of $489,000. Last August the average and median price points settled at $481,334 and $425,000, respectively.
Townhome sales totalled 86 in August, with $716,949 paid on average and a $699,000 median, which broke below a string of medians at above $700,000 since May. Last August averaged $622,407 with a median of $573,450 over a record-setting 140 deals (a record sales volume shared with March of this year).
“To see so many condominiums sold relative to single-family-homes goes to show how few homes there are on the market, and single-family-home buyers pressed for time appear to be settling for condominiums, or if they can find them, townhomes," Juras said. "In August, buyers were limited to a record-low of 1,120 active listings, and only a fraction of them were single-family-homes. Typically at this time of year we would see several thousand listings split between the three dominant housing types.”
Looking ahead, Juras anticipates a continued lack of inventory to dominate the market into early 2022 while demand for south Island real-estate will continue to face upwards pressure as more retirees look to coastal BC from all points east, and work-from-home opportunities drive more middle-aged buyers to smaller communities throughout the province and on Vancouver Island. C
Receive Citified's timely real-estate news straight to your inbox. Sign up for our newsletter, and connect with us on Facebook:

Mystery of Victoria's vacant apartment complex solved as $1,500 to $3,900 suites hit the market 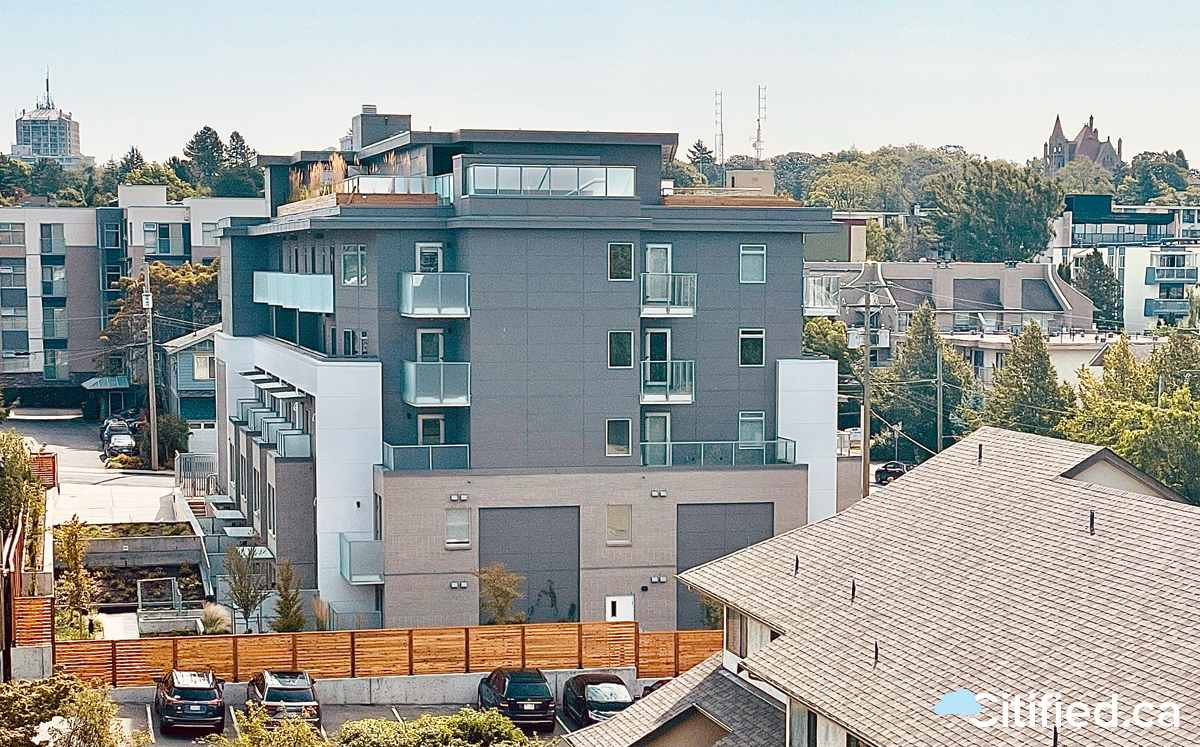