The skyline of downtown Victoria on September 1, 2020. The Capital's real-estate transactions in August maintained their pace for a third straight month as buyers flocked to available inventory while paying an average of $1 million for a single-family-home.  Citified.ca

commercial, condos, subdivisions, townhomes, Downtown Victoria, Saanich Peninsula, Urban core, West Shore
Victoria’s red-hot summer of real-estate continued into August with another $1M house price average, nearly 1,000 sales
MIKE KOZAKOWSKI, CITIFIED.CA
Victoria’s real-estate market showed no signs of slowing down in August following two record-breaking months with average prices in million dollar territory and sales volumes that outperformed the last three years, according to data from the Victoria Real-Estate Board.
979 sales were counted in August – which includes purchases of single-family, condo, townhome, mobile home and commercial properties listed through the Multiple Listings Service (MLS) – which outpaced August of 2019 by a head-turning 48%.
The average value among 509 single-family-home purchases wasn’t quite enough to surpass June’s $1.014 million (then) record-breaker and July’s subsequent record-setting $1.021 million, but landed comfortably in third place at $998,291.
That being said, the median price, or the precise mid-point value of a single-family-home transaction, was the highest ever in August at $880,000. June and July’s medians, by comparison, were $865,750 and $850,000, respectively, signalling high-valued transactions occurred in those months that skewed the averages above one million dollars for two months in a row.
“Demand for housing continued into record-breaking territory for a third month in a row as Victorians took advantage of opportunities such as low interest rates, a rising number of new listings, and improvements to local infrastructure that have changed perceptions of homeownership in what were historically less desirable areas due to traffic congestion and distance from the core,” said local REALTOR Marko Juras. "In short, some buyers opted for a single-family-home in Langford in lieu of a larger condominium in the city centre thanks to factors like the McKenzie Interchange project, work-at-home opportunities, and changes in perception due to COVID-19."
Condominium sales, which saw values depress earlier in the year as buyers turned their focus towards stand-alone and larger residences due to COVID-19, maintained their perch at just above a $480,000 average three months running to settle at $481,334 with a median of $425,000. That’s a marked difference from April’s COVID-spurred drop in valuations to a $421,512 average and a $410,000 median.
Sales for condominiums also edged higher, totalling 262 transactions in August compared to 209 in June and 239 in July.
However, Juras says Victoria’s downtown core, which has traditionally been the strongest performing condominium market in the region, continues to face challenges as renters-turned-buyers consider their options.
“We’re certainly seeing young couples who have rented in the downtown core for years opting to purchase their first homes in places like Bear Mountain in Langford or Royal Oak in Saanich where their dollar stretches further and the scale of homes is usually larger,” Juras said. “But a common thread among buyers leaving the downtown area for the suburbs has also been a desire to take advantage of opportunities to leave behind the social and economic challenges facing downtown Victoria, be it the situation on the streets or with high-density, urban living in general.”
Listings throughout August reached a record-breaking 1,333, which surpassed last August’s 1,006, although total property availability through the MLS was still lower at 2,584 compared to 2,838 at the same time last year.
Looking towards fall, Juras believes September is likely to settle as yet another banner month for 2020, but October will be the true sign of things to come.
“September is already looking like it will be busy as purchasers continue to tap into a low interest rate environment, a growing volume of listings and act on pent-up demand from the spring, but it’s looking like October will give us a better hint of what’s in-store for the rest of the year and into 2021,” Juras says.
“And considering how tumultuous 2020 has been, with its record lows and record highs, the end-cap for the year might come as yet another surprise.” C
Receive Citified's timely real-estate news straight to your inbox. Sign up for our newsletter.

Mini-storage, live-work units and industrial facilities coming to Highway 14 at Glenshire Dr. next to Slegg's 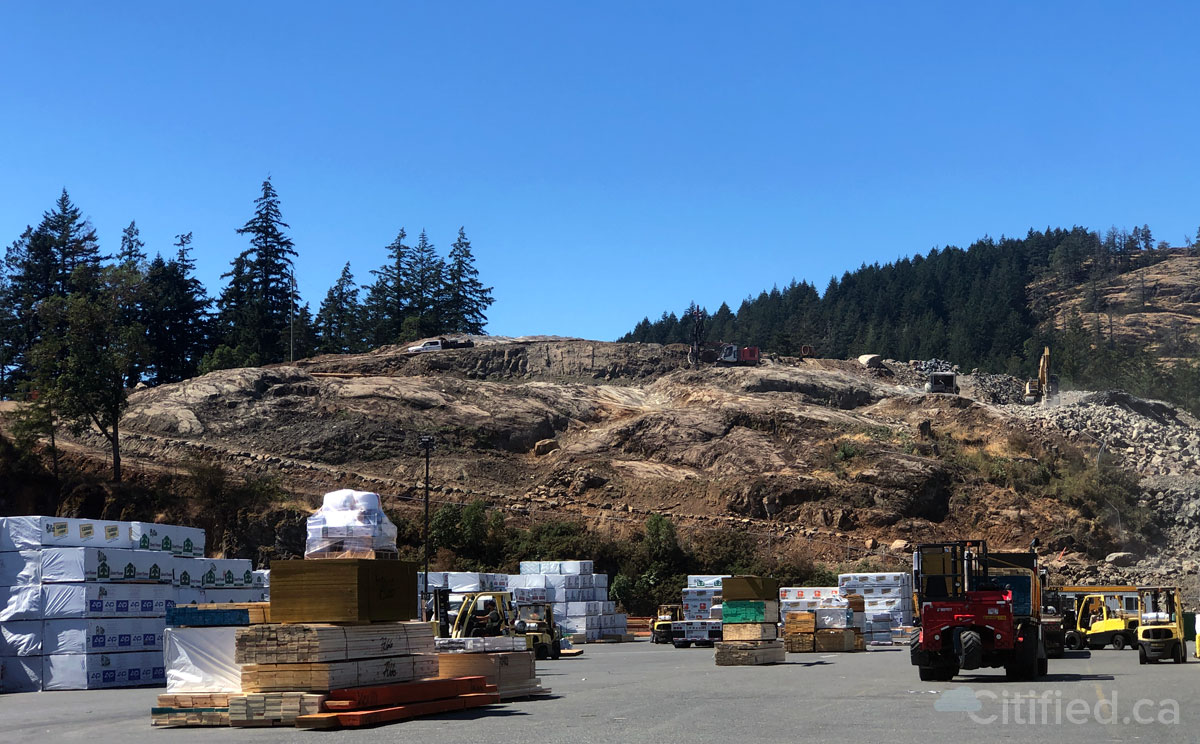