The Row, a six-storey apartment complex situated on Johnson Street at Chambers Street in the City of Victoria's Fernwood neighbourhood, has remained vacant since its late 2020 completion. The building is now renting its one and two-bedroom suites at monthly advertised rates or $1,500 to $3,900.  Citified.ca.

rentals, Urban core
Mystery of Victoria's vacant apartment complex solved as $1,500 to $3,900 suites hit the market
MIKE KOZAKOWSKI, CITIFIED.CA
A 48-unit apartment complex built last fall on upper Johnson Street has mysteriously remained empty despite the Capital’s ultra-tight rental vacancy rate, but that’s about to change.
Victoria-based Itziar Properties has begun listing one and two-bedroom suites at The Row, a six-storey woodframed project developed by Victoria-based builder-developer Kang & Gill on Johnson at Chambers streets in Fernwood.
The move puts many months of speculation to rest as onlookers and industry insiders-alike mused over The Row's potential as a student housing residence, a social housing investment from the province, a short-term rental, market rentals or a condominium release.
Itziar is now showcasing The Row’s rental inventory of one-bedroom units with floorplans of 535 to over 800 square feet for market rates of $1,500 to $2,500 per month, while two-bedroom suites sized 825 square feet to 1,307 square feet are priced at $2,700 to $3,900. An underground parkade is available to tenants for an additional monthly fee, according to Itziar’s rental listing page.
Considering Victoria’s rental vacancy rate hovering at just above zero percent, according to Vancouver Island's largest rental management company Devon Properties, The Row’s vacant status has been an enigma to nearby residents and even the broader rental housing industry that includes large-scale landlords and management firms.
The Row began construction in 2018 and was originally conceived as a condominium project with a small rental housing component. Eventually the building changed hands and its usage switched to an all-rental building. Post completion, occupancy was granted for habitation albeit the building stayed vacant.
Kang & Gill, meanwhile, is the firm from which the City of Victoria purchased a development site in the 900-block of Pandora Avenue with a vision to construct an affordable housing mid-rise. Kang & Gill was pursuing a rezoning for a 10-storey condominium at 926-932 Pandora Avenue at the time of the sale. C
Receive Citified's timely real-estate news straight to your inbox. Sign up for our newsletter, and connect with us on Facebook: 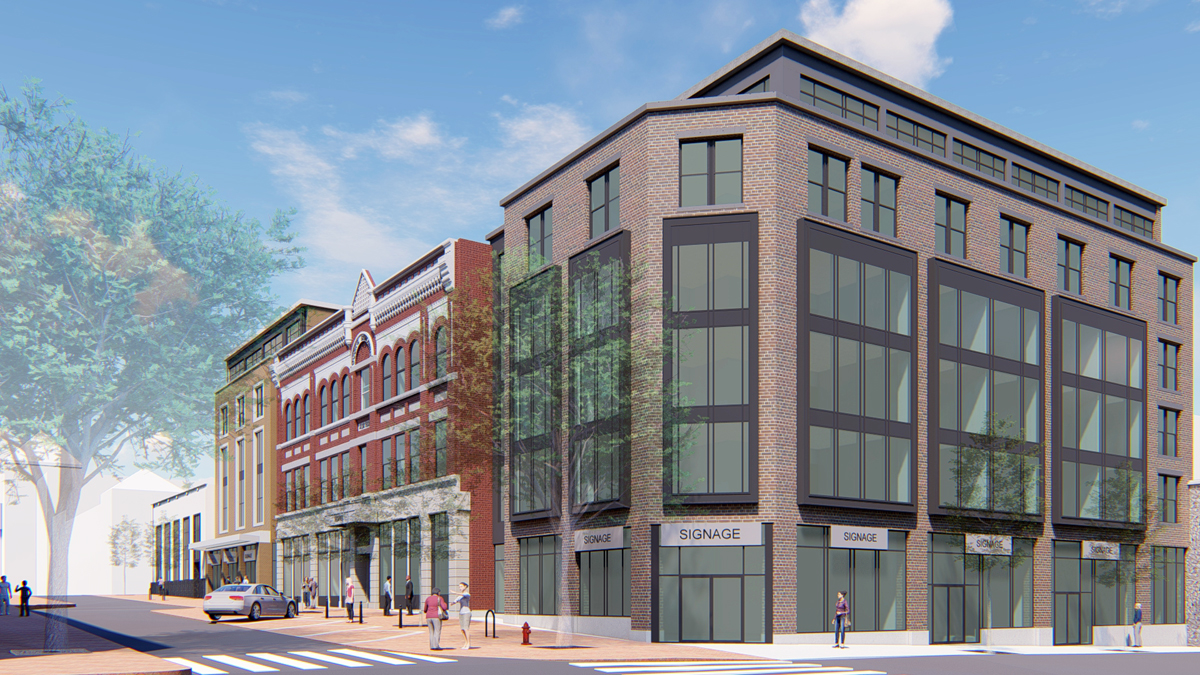