The Wade, a newly completed condominium between the 1100-blocks of Pandora Avenue and Johnson Street welcomed new residents in May as the 102-unit mixed-use project achieved full occupancy status. May property sales throughout the Capital Region were brisk, settling at 1,049 transactions for the month, and delivering several new records as homebuyers dug deeper to overcome high prices underpinned by historic inventory lows.  Citified.ca

commercial, condos, subdivisions, townhomes, Downtown Victoria, Saanich Peninsula, Urban core, West Shore
Victoria townhome prices surged to new highs as single-family-homes set record median in May
MIKE KOZAKOWSKI, CITIFIED.CA
Victoria real-estate prices continued their march higher with a new median price record set by the Capital Region’s single-family-dwelling sales and sky-high townhome valuations, according to figures released by the Victoria Real-Estate Board.
1,049 properties changed hands last month on the eve of new measures introduced by the federal government to cool red-hot markets like southern Vancouver Island’s. The new terms, effective today, are discussed further down in this piece.
In terms of May’s real-estate activity from Sooke to Sidney, the average price paid for a free-standing house was $1,165,581, representing a 2.3% increase over April’s average and a whopping 17.53% above the annual average for 2020. The median, or the exact mid-price point of all sales, was the highest-ever at $1,005,944.
537 houses sold through the Multiple Listings Service (MLS) to land 27 sales shy of April’s 564.
“Despite the costs involved, the vast majority of clients looking to buy residential real-estate are interested in a single-family-home,” says Marko Juras, one of Greater Victoria’s top performing real-estate agents. “Whether they are well capitalized or entry-level first-time purchasers, looking to upgrade or to invest, single-family-homes remained the goal for most, and that makes things tricky when listings are at historic lows.”
The number of properties available for purchase through the MLS, Juras says, was the lowest it had ever been for the month of May with only 1,450 listings, some 1,100 of which were residential. To put that figure into perspective, the amount of home purchases last month was at a one-to-one ratio of sales-to-listings.
“May saw 1,049 property transactions, and granted it was not be the busiest May on record, but it was certainly the tightest when you consider May of 2016’s then-record of 1,289 sales was underpinned by 1,731 residential active listings compared to this May’s 1,107.”
The second busiest sector was the condominium market with 325 sales and valuations well above last year’s averages.
May’s condo average was $536,088. January-through-May the average was $534,884, or 10.41% above 2020’s annual average of $484,434.
“The hottest segment of the condominium market is currently the two-bedroom, two-bath floorplan, and often on the West Shore where prices have traditionally lagged the rates in downtown Victoria or throughout the urban core,” Juras says. “You have purchasers who are priced out of the single-family-home market, priced out of the townhome market, and looking for the next best thing, which is the two-bedroom or larger condominium.”
Townhome pricing has outpaced all segments of the market with a surge among May’s 126 sales at an average of $752,313, or 22.46% above 2020’s annual average and a 31.36% increase compared to May of last year. To-date in 2021 average prices are 14.17% higher than in 2020, and the median has risen to $730,000 representing a $40,000 increase over April’s median which itself was $40,000 over March.
“Townhomes are the obvious choice for buyers caught between the cost of a single-family-home and the smaller confines of a condo, but finding one is tricky,” Juras said, adding that townhome popularity may be surging, but “extremely limited supply makes them rare, and given that rarity today’s prices have shot up to where single-family-home’s were priced in 2016.”
As for townhome sub-markets, May saw strong demand for West Shore and Sooke offerings that played a large part in driving townhome prices higher. As an example, the Sooke segment of the townhome market, Juras confirms, has seen prices rise 16% so far this year.
In terms of describing the current state of the market, Juras calls it “erratic,” referring to the seemingly haphazard valuations placed on desirable properties where select homes will attract dozens of competing bids or unconditional over-asking offers as purchasers reach to tap into Victoria real-estate.
“The market is behaving in a very irrational way at the moment, with many scenarios appearing erratic when separated from the emotional aspects of buying residential real-estate, and especially in the super competitive free-standing house market where we saw a strong desire among purchasers to get in at what would appear to be at any cost,” Juras said.
However, starting June 1st, the federal government has implemented a rise in the mortgage stress test that applies to all purchasers, and requires them to qualify at 2% above their bank rate or 5.25%, whichever is higher. The new measure will remove approximately $50,000 in affordability for most purchasers, and its impact on Victoria real-estate is anyone’s guess, Juras believes.
“Whenever you have a federal agency implementing new regulations, and in this case a higher threshold for purchasers to meet in order to afford their mortgages, the impact may be immediate, or it may take months to work its way in, or it simply becomes the new normal and people dig deeper for larger down payments and find creative ways to make their purchase financially feasible. Only time will tell.” C
Receive Citified's timely real-estate news straight to your inbox. Sign up for our newsletter, and connect with us on Facebook: 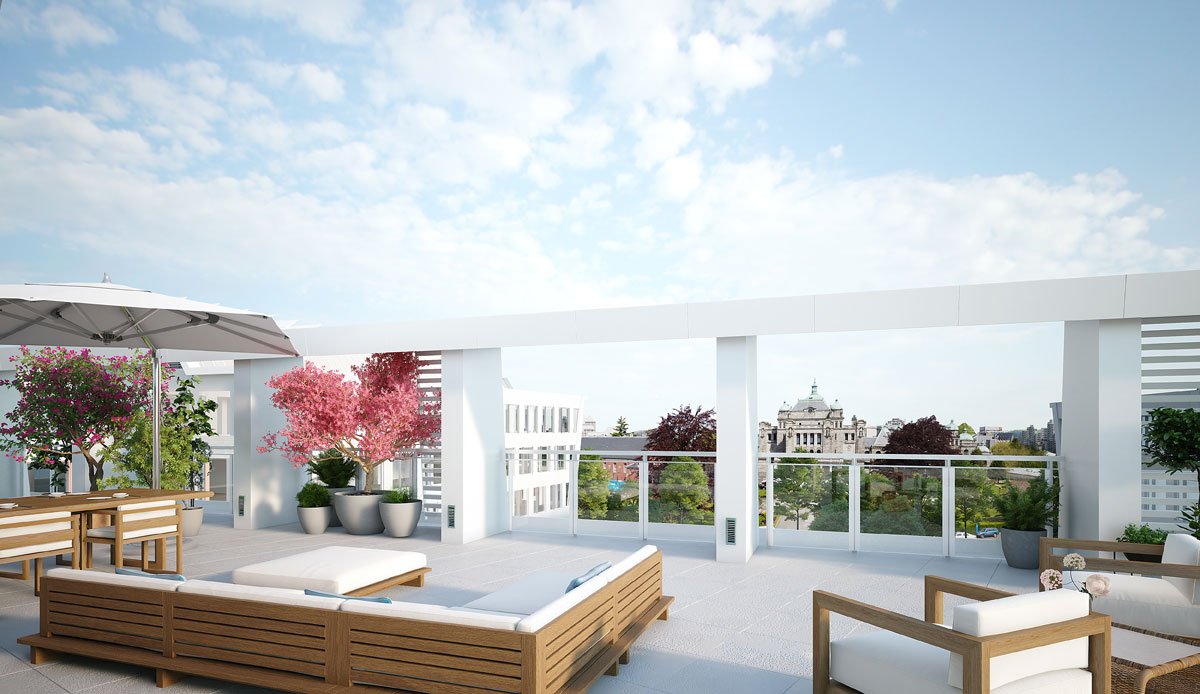