rentals, Urban core
Victoria council approves 42-unit Burdett Avenue rental project after six years of municipal wrangling
MIKE KOZAKOWSKI, CITIFIED.CA
A six year development pursuit along Burdett Avenue’s 1100-block has drawn support from Victoria council for a five-storey, 42-unit rental complex set to get underway early next year.
In the winter/spring of 2016 Empresa Properties embarked on a rezoning application for a trio of parcels at 1120-1128 Burdett Avenue in Victoria’s Fairfield neighbourhood. At the time the company submitted a proposal to the City for 36-units of condominiums across four-storeys.
In the fall of 2017 Empresa switched course and redesigned its project into a 44-unit rental building, albeit the exterior remained similar to its condominium counterpart. However, council would ultimately reject the project in the winter of 2018 in a split 50/50 vote. Councillor Ben Isitt did not participate due to a conflict of interest.
Perhaps down but certainly not out, in March of 2020 Empresa once again submitted a redesigned vision for its Burdett Avenue holdings, this time under the guidance of a new architectural team known for its bold designs, and assistance from an industry executive with many years of delivering successful rezonings.
“After six years of working on this site, including two major project designs, we are extremely pleased with the outcome,” said Karl Robertson, founder of Empresa Properties.
“We had a remarkable team working alongside us during the approval process, most notably Sam Ganong, who is a trusted colleague with Formwell Homes, and Greg Damant with Cascadia Architects.”
Rising to five-storeys, Cascadia’s design explores a traditional courtyard entrance wrapped on three sides by stepped terrace floorplates. The curved angles and vertical window elements exude an art-deco vibe, and lend an air of sophistication to a low-rise block set among four-storey apartments and heritage single-family homes. The massing and scale of Cascadia's design conformed to a new neighbourhood plan released by the City of Victoria mid-way through Empresa's planning phase, a move that would ultimately benefit the rezoning.
The project will include studio and one, two and three-bedroom rental homes along with large rooftop terraces to accommodate growing families, Robertson says. The building will also feature secure at-grade bicycle parking suitable for cargo bikes, and underground parking with capacity for 40 vehicles along with a dog wash station.
Construction is expected to start in the spring of 2022 with occupancy earmarked for early 2024.
Empresa’s rental project in downtown Sidney, meanwhile, is nearing completion with an occupancy target for January. The four-storey 'Cortile Verde' spans the 9700-blocks of Third and Fourth streets, and is comprised of 30 live-work, one, two and three-bedroom homes.
Receive Citified's timely real-estate news straight to your inbox. Sign up for our newsletter, and connect with us on Facebook: 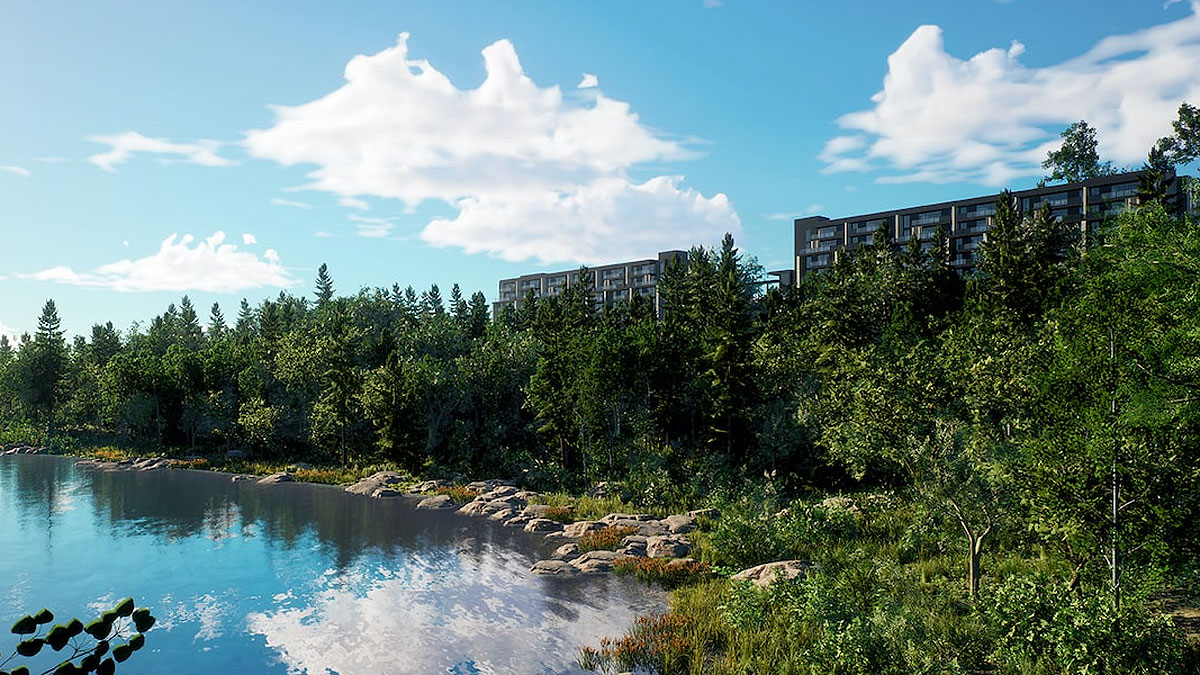