12 months after initiating a rezoning application to build a 3,500 square foot tasting bar and 'experiential' space, Vancouver Island's largest independent brewer and liquor distiller is ever closer to making the facility a reality.

Victoria-based Phillips Brewing & Malting Co. set to work in early 2017 to transform a single-storey retail building at 2000 Government Street – adjacent to Phillips’ existing liquor off-sales and reception office near the intersection of Government and Discovery streets – into a 134-patron liquor primary space and retail outlet.

Changes introduced since the initial proposal surfaced include plans to install a striking art deco-themed, three-dimensional neon sign featuring a Phoenix rising above the brewery name, an homage to Phillips' Phoenix Lager that elevated the start-up brewer to local fame nearly two decades ago.

Phillips' founder Matt Phillips described the sign in a written statement to Victoria councillors as a design inspired by "cinemas, diners and theatres" of the era during which the building itself was constructed.

The tasting room's exterior facade has also been refined with a focus on darker, more brand-recognizable colours in lieu of a mid-century-inspired diner motif big on pink hues and light accents.

Last week Victoria council held a public hearing where Phillips' plans were officially approved and a development permit issued. No members of the public spoke in regards to the proposal.

Councillor Jeremy Loveday called the tasting bar "exciting" and described it as an "overall benefit to the community." Heritage advocate councillor Madoff focused on the sign which she believed would become a local landmark and encouraged the proponent to consider additional neon elements. Councillors Thornton-Joe and Coleman also spoke in favour of the proposal.

When the tasting room opens later this year, operating hours for liquor sales are planned between the hours of noon and 10PM. The retail space will operate between 11AM and 10PM.

Founded in Esquimalt in 2001, Phillips Brewing and Malting Co. is currently situated near downtown Victoria on a sizable parcel of land bordered by Government, Discovery, Store and Pembroke streets. The company recently purchased several properties adjacent to its brewing facilities and now controls all but a small portion of the block's real-estate. C 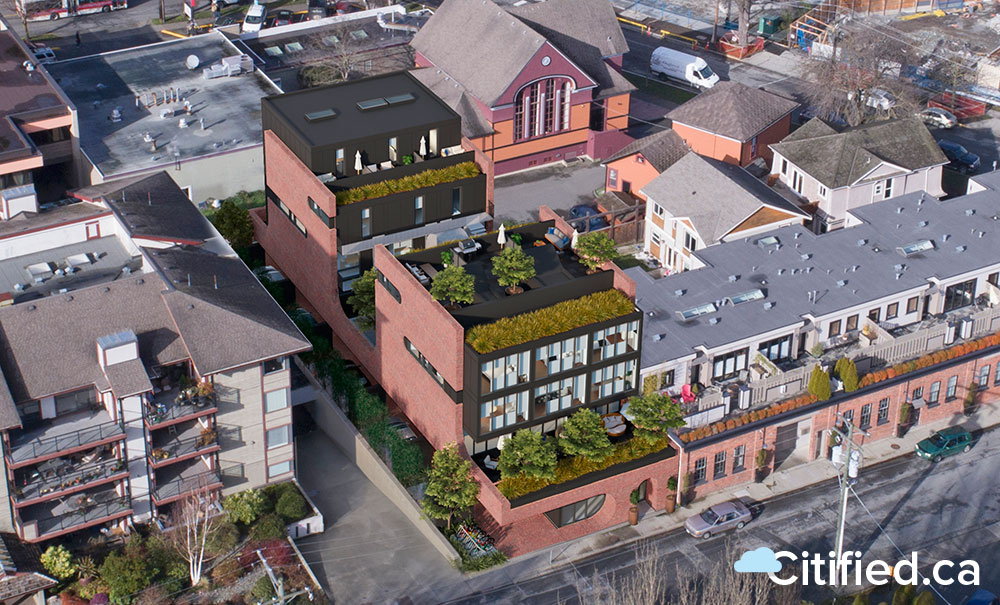