commercial, Downtown Victoria
Phillips Brewery to open 42-seat tasting bar
CITIFIED.CA STAFF
Vancouver Island’s largest independent brewer and liquor distiller has applied to the City of Victoria for approvals to open a 3,500 square foot tasting bar, Citified has learned.
Victoria-based Phillips Brewing & Malting Co. is planning to transform a newly-acquired single-storey retail building at 2000 Government Street – adjacent to Phillips’ existing liquor off-sales and reception office near the intersection of Government and Discovery streets – into a 42-seat tasting room and retail outlet.
The proposal envisions a 10-seat bar spanning much of the building’s Discovery Street length while seating for 32 patrons will be situated at four tables each accommodating eight individuals. A series of windows will be punched out along Discovery Street to liven up the building frontage and provide natural lighting for the bar.
Phillips’ existing growler filling station, off-sales coolers and retail kiosk will be transplanted from the brewery’s Government Street entrance to the new building. The space will then serve as a combined reception and ‘experiential’ area.
Founded in Esquimalt in 2001, Phillips Brewing and Malting Co. is currently situated near downtown Victoria on a sizable parcel of land bordered by Government, Discovery, Store and Pembroke streets. The company recently purchased several properties adjacent to its brewing facilities and now controls all but a small portion of the block's real-estate. C
Stay on top of local real-estate news with Citified's Insider Report newsletter. Click here to subscribe. 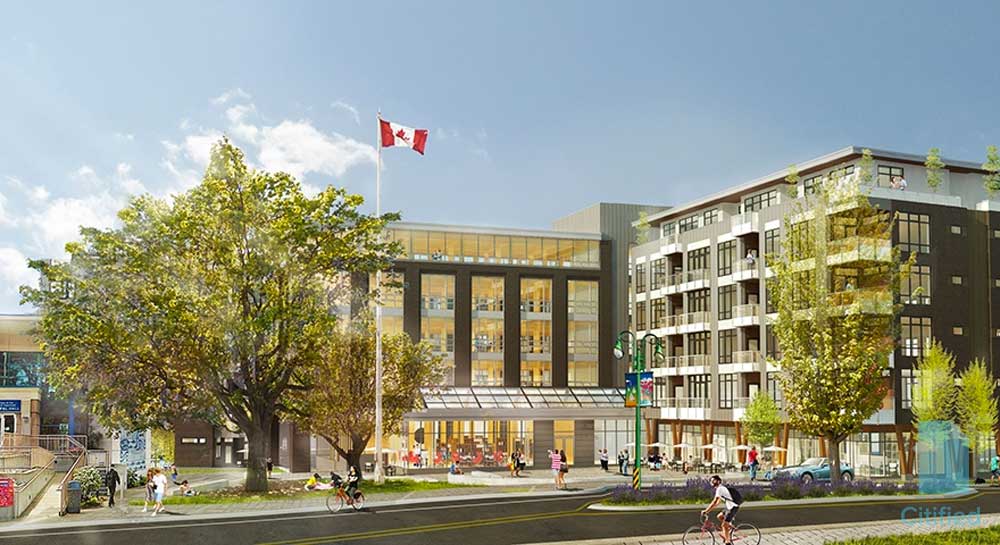