commercial, condos, West Shore
Affordable Langford condos launch second phase of Triple Crown project near Costco
MIKE KOZAKOWSKI, CITIFIED.CA
With price points focused on first-time buyers and investors in search of rental holdings, the second phase of affordable condominiums at Langford’s Triple Crown development near Costco is the latest entrant to the south Island's pre-sale market.
Comprised of 70 two-bedroom suites perched atop a south facing rise overlooking Victoria's Westshore suburbs, Triple Crown’s new release features plus-sized modern homes complemented with unobstructed views of the Salish Sea and the region’s natural surrounds.
Dubbed Triple Crown Residence II, the six-storey project follows in the footsteps of Triple Crown Residence I, a sold-out one, two and three-bedroom 46-unit complex that launched the multi-phased development in 2017 and recently received its occupancy permit.
Triple Crown’s sales coordinator Todd Mahovlich says his team’s decision to deliver the second phase of attainable condominiums as an exclusively two-bedroom release was in response to a market-wide pre-sale inventory that has fallen short of the needs of many first-time purchasers. Ready to make the transition from renting to homeownership, would-be purchasers who’ve outgrown smaller apartments inevitably discover that the pre-sale market’s solution to entry level homes is often too limiting and can be overly focused on single occupants.
“The most common thread among the feedback we gathered when selling our first condominium was ‘why are Victoria’s entry-level homes almost always studio apartments or one-bedroom suites?’” Mahovlich said. “With new regulations impacting affordability, many purchasers are focused on condos rather than townhomes or single-family homes, but that has left some individuals stuck between one-bedroom suites they can afford and two-bedroom suites that are far, far out of reach.”
Priced from the high $300,000’s, Triple Crown’s open-concept two-bedroom offerings span between 805 and 906 square feet with nine foot ceilings throughout. Comparable pre-sale listings in the city centre – or even among other projects on the Westshore – are in the $500,000 range and higher, a level of valuation that leaves many house hunters out of the equation.
“The market has essentially settled on a pricing approach that concludes that if you’re an entry-level buyer, you're likely looking for a small unit. If you’re a couple or desire a larger unit, you're likely to afford $500,000, $600,000 and much more for a two-bedroom suite. But that's clearly not always the case,” Mahovlich says.
Situated along McCallum Road only moments away from Costco and Langford’s big-box district that includes Home Depot, Market on Millstream, Staples, Best Buy, Save-On-Foods and a wide range of other retailers, Triple Crown’s location played a key role in the rapid uptake of its first sales release.
“A big factor in the sell-out of Residence I was proximity to Costco and a variety of amenities,” Mahovlich said. “When you factor in the location relative to several shopping centres, the views from the project site, modern construction and the price point, the combination is remarkably attractive to a wide spectrum of individuals who want to reside on the Westshore but who don’t necessarily wish to be auto-dependant.”
Triple Crown’s initial phases are part of a much larger masterplan that will eventually deliver hundreds of residential units among several buildings and thousands of square feet of commercial space. With its easy access to the Trans Canada Highway and the Leigh Road Interchange, the site is attractive for retailers and businesses looking to establish a presence on the Westshore while servicing the rapidly growing McCallum Road corridor.
“The entire area around Triple Crown is poised for significant growth over the next decade. There is something to be said about settling in a neighbourhood before it is fully discovered, and in terms of real-estate value that’s a smart play,” says Mahovlich. “We can expect even more development throughout north Langford into the 2020’s and with that will come new amenities, more services and most importantly, real-estate values are expected to respond accordingly.”
With site excavation now underway and construction scheduled to follow this spring, Triple Crown Residence II is poised to receive its occupancy permit by mid-2020. For individuals wishing to learn more about the project, connect with Todd Mahovlich or Justine Conner by calling 250-474-4800 or email info@triple-crown.ca. The project website can also be viewed at https://triple-crown.ca/. C
Receive Citified's timely real-estate news straight to your inbox. Sign up for our newsletter. 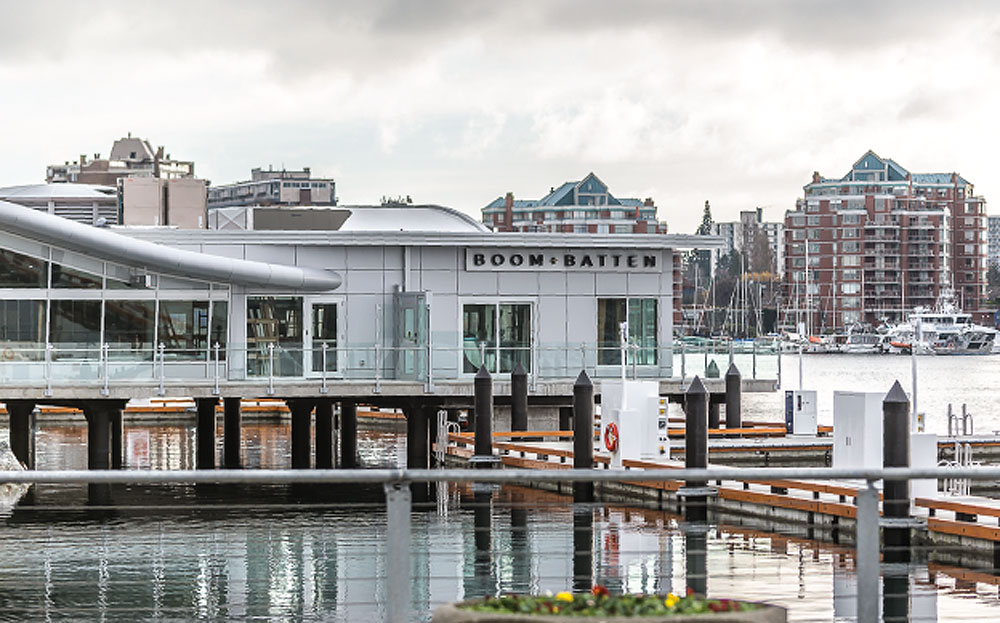