Excavation has begun on the 27-suite The Residences on Sooke Harbour waterfront condominium project on Maple Avenue South in Sooke. The Residences is the first condominium complex to rise in the Westshore municipality in nearly a decade.  Citified.ca

commercial, condos, West Shore
The Residences on Sooke Harbour the first condo project to rise in Sooke in nearly a decade
MIKE KOZAKOWSKI, CITIFIED.CA
Construction has started on Sooke’s first condominium complex in nearly a decade as development firm Fitzpatrick Enterprises moves forward on a 27-suite waterfront project.
The Residences on Sooke Harbour, overlooking the town’s federal wharf at the foot of Maple Avenue South, will rise to four-storeys adjacent to Sooke’s highly acclaimed Wild Mountain restaurant.
Jesse Fitzpatrick, one of the developers behind the project, says The Residences have struck a chord among buyers from far and wide in search of affordable waterfront purchase opportunities on Vancouver Island.
“With our price points being what they are, we’ve found ourselves on the radar among buyers from as far away as Ontario and Hawaii who are pursuing retirement plans in Greater Victoria,” Fitzpatrick says.
“Several non-local purchasers have told us they became enamoured by Sooke when they visited the Island on a house hunting trip, and their decision to reside here was sealed when they visited the project location and realized how close it was to Sooke’s commercial amenities while still feeling tucked away in its treed setting.”
Comprised of a designer-inspired collection of one, two and three-bedroom homes, The Residences’ layouts span between just under 750 square feet to nearly 1,300, with all homes featuring ocean views of the spectacular Sooke waterfront, while the Salish Sea, Washington State’s Olympic Mountain Range and endless rainforest-covered hills offer stunning vistas as far as the eye can see.
Parking at the project is comprised of an underground parkade, while 2,300 square feet of ground floor retail space is envisioned to include a coffee shop, a boutique eatery or a local business.
Situated mid-way between the remote fishing village of Port Renfrew and the business centre of Victoria, Sooke embodies a transition from the urbanity of the Capital Region to the wilds and ruggedness of Vancouver Island’s west coast, giving the town an ambiance unique among Victoria's thirteen municipalities.
“As far as a retirement community is concerned, Sooke has drawn residents from across the world who value the seaside town’s walkable size, its harbours and marinas, the natural surrounds of the area and, of course, its proximity to internationally renowned Victoria and all that the greater Capital Region has to offer,” Fitzpatrick says, adding that several 55-plus downsizers from Sooke and Greater Victoria were turned on to retirement in Sooke with the launch of The Residences in light of the affordability compared to other waterfront offerings on the south Island.
Over the last decade Sooke’s popularity as a tourism destination and its population growth have brought about more retail services and amenities, and soon one of the largest highway improvements on Vancouver Island will begin east of the town centre.
Valued at $86 million, the provincial and federal governments have announced a plan to re-align a portion of the highway heading into Sooke while expanding a 1.2 kilometre section from two lanes to four. The impact of that investment, Fitzpatrick believes, presents a rare opportunity for local residents and businesses.
“By opening the town to more investment and the capacity to welcome more growth, the highway expansion project is a big nod to the future of Sooke and the coastal communities beyond. Our purchasers are thrilled that by the time they move in to their new homes, the work will have begun and that commensurate value will translate into their investment.”
With excavation well underway at the 1820 Maple Avenue South site, project builder Homewood Constructors, one of Victoria’s largest general contractors, anticipates completion by early 2021.
Over 50% sold-out, The Residences on Sooke Harbour’s remaining inventory is priced from the mid-$400,000’s with prime ocean view purchase opportunities still available.
To learn more about The Residences on Sooke Harbour, connect with the sales team at 250-244-1799, or visit the project website at https://www.sookeharbourliving.com/. C
Receive Citified's timely real-estate news straight to your inbox. Sign up for our newsletter. 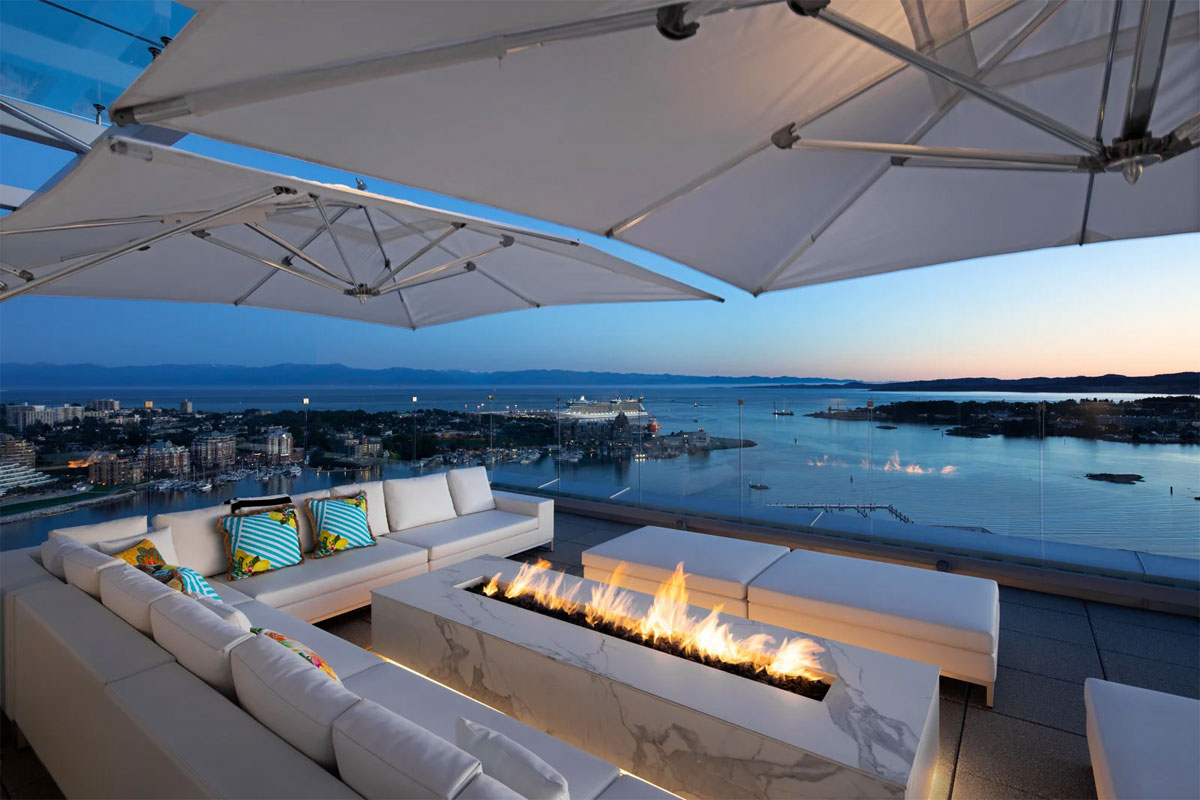