The view towards Washington's Olympic Mountain range from atop unit 2101 at Vic West's Promontory tower. The spacious luxury penthouse residence has been listed for sale to the tune of $10.9 million, and if sold at that price will set a new record for a condominium purchase on Vancouver Island. Engel & Volkers/Scott Piercy & James LeBlanc

condos, townhomes, Urban core
21st floor Vic West penthouse listed for $10.9M could set condo price record
MIKE KOZAKOWSKI, CITIFIED.CA
A luxury penthouse in Victoria’s Vic West neighbourhood could fetch the highest price ever paid for a condominium on Vancouver Island if a purchaser agreeing to the asking price is found.
The Promontory tower’s 21st floor highrise residence, spanning nearly 4,300 square feet and offering 360-degree views from one of the highest vantage points in the region, has been listed for sale at $10.9 million by Engel & Volkers real-estate agents Scott Piercy and James LeBlanc.
The asking price, if achieved, will eclipse a record-setting 4,420 square foot penthouse purchase announced late last year at the luxurious 57-suite Customs House development currently under construction on Government Street at Humboldt Street.
The purchaser in that record-breaking acquisition, who remains unnamed, has only been described a Canadian citizen with business ties to the United States.
Victoria’s high-end luxury condominium market, despite the term being widely misused to describe nearly all of the south Island’s stock of new-build residences, is in actuality limited to only a handful of buildings that got their first foothold with the Shoal Point project in James Bay.
Built by the late David Butterfield between the second half of the 1990’s and into the early 2000’s, the 13-storey oceanfront landmark delivered a collection of apex residences that to this day sell for millions of dollars. And up until last year Shoal Point held the record for the most expensive condominium sold on the Island.
The benchmark residence, a 4,000 square foot pad belonging to music producer and Victoria-native David Foster, sold for a whopping $5 million in 2014 (or $5.4 million in today’s dollars).
The purchase that unseated Foster’s unit came three years later in the form of a $6.8 million suite also in Customs House, albeit at just over half the size of the $10.8 million penthouse.
The 21-storey Promontory tower, completed in 2014, was developed by Vancouver-based Bosa Properties and is situated at the Bayview Place community in Vic West’s Songhees neighbourhood. The tower’s 177 residences range from studio apartments to multi-level townhomes. C
Receive Citified's timely real-estate news straight to your inbox. Sign up for our newsletter. 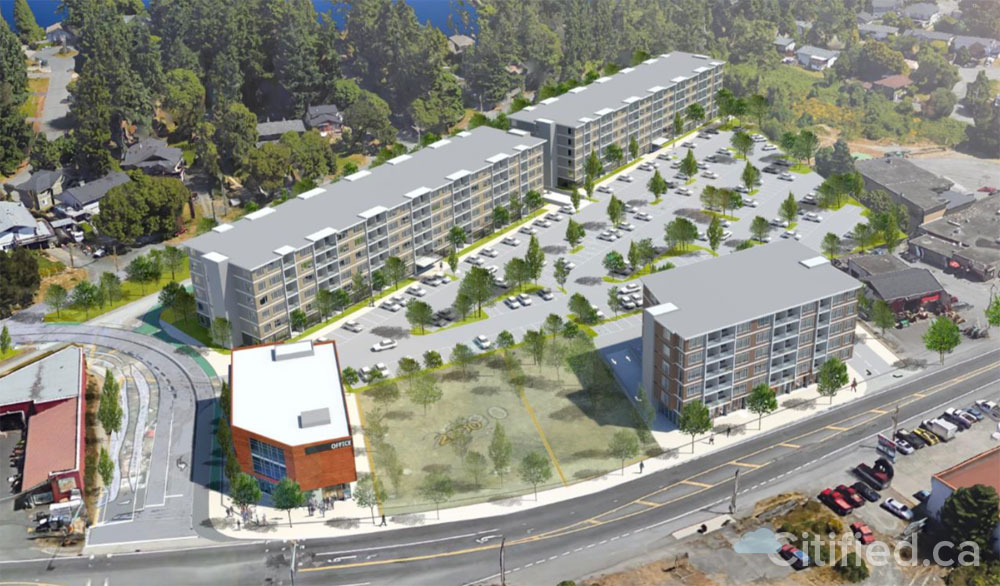