An artist's rendering of Telus Sky, a 58-storey mixed-use skyscraper currently under construction in Calgary. The project is one of several real-estate moves by the communications giant aimed at promoting its presence in key markets across western Canada.  TELUS/Westbank Projects Corp.

commercial, offices, Downtown Victoria
TELUS looks to downtown Victoria for new office complex
MIKE KOZAKOWSKI, CITIFIED.CA
EXCLUSIVE: TELUS is seeking to consolidate its Capital City operations into a modern business hub in downtown Victoria, Citified has learned.
The Vancouver-based communications and healthcare technology giant has approached several development firms to assess near-term expansion opportunities in the city centre, a move that would see TELUS relocate some or all of its operations from an existing facility spanning the 800-blocks of Yates and Johnson streets.
Described to Citified by several sources as a significant development prospect, the new TELUS offices could encompass as much as 60,000 square feet and would (ideally) be sited at a high-profile location.
Townline, the developer of downtown Victoria’s Hudson District, has confirmed that TELUS eyed the podium of its upcoming Hudson Place 2 residential tower on Blanshard Street between Herald and Fisgard streets. Although the opportunity fell through, the company’s proposal to TELUS included an ultra-modern podium design and a unique interior layout that could still be revived by several parties currently in discussions with Townline.
To-date, however, TELUS has not publicly disclosed its expansion plans for the Capital despite engaging multiple prospects and assessing several relocation opportunities.
In recent years TELUS has invested heavily into increasing its real-estate presence in key markets across western Canada, a monumental corporate strategy that includes the newly-completed 24-storey TELUS Garden in downtown Vancouver and TELUS Sky, a 58-storey skyscraper currently under construction in downtown Calgary. C 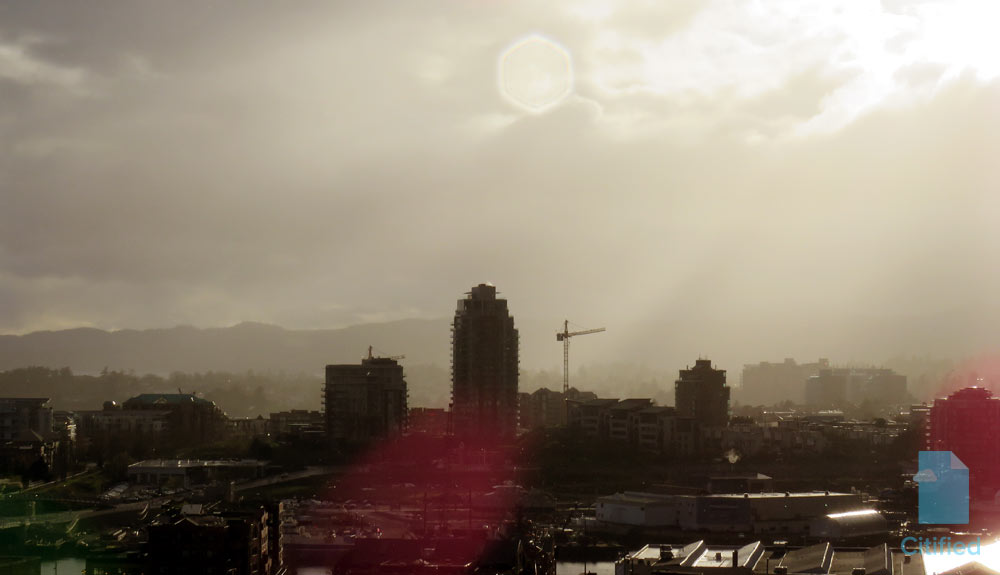