The silhouette of Vic West's Bayview Place development as seen from downtown Victoria. A proposal by developer Focus Equities to build a 26-storey residential tower as the project's next phase will yield the City of Victoria's tallest building, although the title may be short lived if a downtown Victoria proposal receives the green light.  Citified.ca

condos, Urban core
26-storey condo tower to rise above Victoria's Inner Harbour
MIKE KOZAKOWSKI, CITIFIED.CA
For an updated article on this project, please click here.
Vic West’s Bayview Place development will once again claim the title of the Capital City’s tallest building with the announcement of a 26-storey condominium tower.
Planned for a site along Kimta Road in the harbourfront Songhees neighbourhood, the 207-unit residence could reach upwards of 77-metres above ground level, making it the tallest structure on southern Vancouver Island.
Although approvals have been granted by the City of Victoria for a building rising as high as 77-metres, final design modifications could yield a height at or below the approved limit, according to Paul Corns, the communications director for Focus Equities' Bayview Place development.
“We have approvals in place for a 77-metre tower. Where we land with the final height will depend on how we finalize the design of the upper floors,” Corns said.
Should the building breach 76-metres, the highrise will surpass Nanaimo’s Beacon condominium hovering 26-storeys above the Hub City’s downtown core while eclipsing by 11-metres Victoria's current tallest building, Bayview Place's 21-storey Promontory.
Several years ago Focus Equities received municipal blessings to erect four highrises at the Roundhouse component of Bayview Place, the tallest of which was approved at 77-metres, or 26-floors. Subsequent towers will taper down to approximately 20-storeys and the mid-teens.
Corns and his team are expected to present a finalized proposal to Victoria’s Advisory Design Panel later this spring followed by a development permit application. Pending the results of the municipal process, project marketing and sales could begin by late 2017.
Despite the height, the Roundhouse proposal may, in fact, be overtaken by an even taller building planned to rise above downtown Victoria’s Hudson District.
On March 31st Vancouver-based developer Townline revealed to Citified the company’s plans to amend an already approved proposal for a 24-storey building slated for the 700-block of Herald Street. The amendment request, currently before the City, is seeking to push the 24-storey Hudson Place One concept to as high 30-floors.
If Townline’s proposal is successful, Hudson Place One would stand as the Island’s tallest building, surpassing both Focus Equities’ upcoming highrise and Nanaimo’s Beacon. C 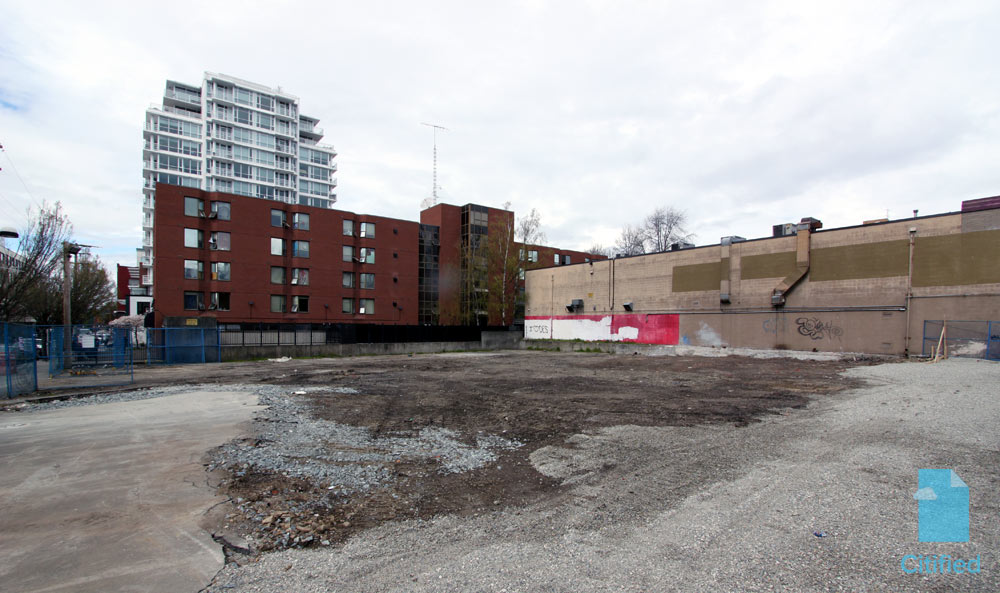