Artist's rendering of Cottage Grove, a 45 unit affordable housing development for seniors. The project is underway on Quadra Street at Tolmie Avenue and is part of nearly 550 units of affordable housing underway and planned throughout the Capital Region.  Victoria Cool Aid Society.

Construction has begun on the latest affordable housing development in metropolitan Victoria, part of a surge of low-income housing solutions taking shape throughout the region.

Cottage Grove by the Victoria Cool Aid Society is situated on the Saanich side of the Saanich/Victoria border in the 3200-block of Quadra Street at Tolmie Avenue. The four-storey woodframe project will provide 45 affordable homes geared towards seniors with mental and physical disabilities that affect their quality of life and ability to maintain housing.

The building will include several common amenity spaces for residents such as a communal kitchen and dining room, a multi-purpose activity room and laundry facilities. A covered deck space will be accessible from the second floor and an outdoor component will give residents opportunities to plant flower and vegetable gardens in raised planters.

Cottage Grove is part of Cool Aid’s End Homelessness Campaign that aims to build 360 supportive housing units for homeless individuals on the south Island. Together with plans to transform the Mount Edwards Baptist Housing facility on Vancouver Street into 101 high-barrier housing units supported by BC Housing and a planned 39 unit addition to Cool-Aid’s Cedar Grove property on Gorge Road, the organization has reached 51% of its goal.

"This is a very exciting time for Cool Aid and the community, as we work towards actually ending homelessness, with Victoria and the Capital Region potentially leading the country in a new direction," said executive director Kathy Stinson. "The fact that ending homelessness costs less than leaving people to suffer in our streets and parks can give everyone great hope and confidence that together we will succeed."

Cottage Grove’s 45 units are part of nearly 550 homes underway or soon to be underway throughout Victoria. Pacific Housing’s 108 unit Wilson’s Walk mid-rise on Wilson Street in Victoria’s Vic West neighbourhod is the largest among them with 84 affordable homes and 24 near-market apartments due for completion by mid-2016. One block east at the Dockside Green development 49 affordable apartments and townhomes are slated to get underway later this year. Developer VanCity has partnered with Catalyst Community Developments to re-launch construction at Dockside Green which has sat dormant since its last phase completed a half-decade ago.

In Saanich at the nexus of Quadra Street, Glanford Road and West Saanich Road M’akola Development Services is building Rosalie’s Village, a 42 unit affordable housing development geared towards women. M’akola is also involved in a mixed-use project for urban Aboriginal families at 550 Goldstream Avenue in Langford where upwards of 136 people will be housed in 36 apartments. The project is expected to welcome residents this spring.

In downtown Victoria the Greater Victoria Rental Development Society is building Azzurro on Blanshard Street at Discovery Street across from the Save-on-Foods Memorial Centre. The seven-storey project will include 65 affordable apartments above office and retail space. Completion is anticipated by late 2016. On Douglas Street at Cormorant Street Reliance Properties announced plans last year to restore the historic Fairfield Block building into affordable housing. Although few details regarding the development are available, developer Jon Stovell has confirmed that plans to rehabilitate the building’s 62 units into modernized affordable apartments are "ongoing and part of an overall plan in relation to another project. [Reliance Properties is] working with a housing society as the ultimate owner of [the building]." C 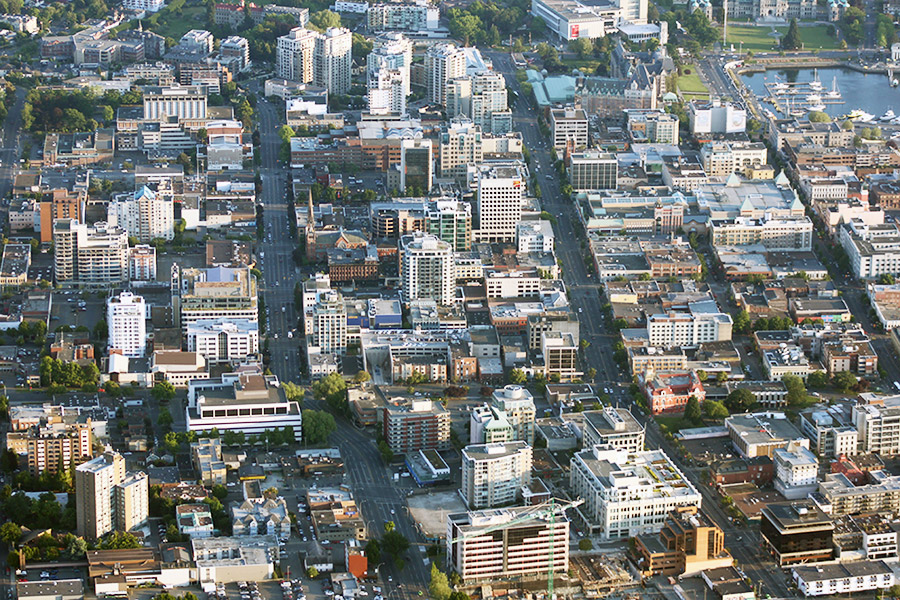