A rendering of Sapphire, a luxury phase of condominiums at Esquimalt's Westbay Quay development now underway along the western shores of the Inner Harbour.  Tenfold Projects

commercial, condos, Urban core
Sotheby's International Realty teams up with developer on luxury harbourfront condominium project
MIKE KOZAKOWSKI, CITIFIED.CA
One of the Capital Region’s most prestigious condominium offerings has partnered with Sotheby’s International Realty to represent its limited release of oceanside residences coming to the Inner Harbour waterfront.
Sapphire at Westbay Quay, the second and final phase of the up-market Westbay Quay development slated for Head and Lyall streets in Esquimalt, launched this fall with a limited collection of exclusive homes.
“Sapphire is one of the most luxurious and prestigious real-estate projects on Vancouver Island,” said David Price, partner at Victoria development firm Tenfold Projects, which spearheaded the nearby Swallows Landing community that several years prior brought international acclaim to the shores of Esquimalt for its luxury highrise homes and sweeping views of a world-famous harbour.
“Swallows Landing is among a handful of condominiums on Vancouver Island that fall into the category of true high-end living, and its sought-after estates are the inspiration for Sapphire’s architectural design positioned to take in the incredible views of a busy port, downtown Victoria and the Salish Sea.”
Tenfold’s partnership with Lisa Williams of Sotheby’s International will represent Sapphire to an international audience while delivering a level of services and purchaser relations high-end buyers have come to expect.
“Sapphire is one of the rarest of homeownership opportunities on Vancouver Island, with a location regarded for its breathtaking views, and a level of design opulence that is shared among only a handful of buildings in the Capital Region,” Williams said.
“Myself and the team at Sotheby’s look forward to showcasing this unique gem to the world, and building on the success of Westbay Quay and Swallows Landing.”
Comprised of only six suites, the five-storey Sapphire features two full-floor layouts in the form of an 1,862 square foot top floor penthouse – which sold for $3 million – and a 3,500 square foot sub-penthouse spread across the fourth floor with pricing just shy of $4.5 million.
Levels two and three are split between a duo of two-bedroom homes sized from 1,755 to 2,217 square feet with a starting price of $1.84 million.
Richly appointed, Sapphire’s finishings and craftsmanship will appeal to even the most discerning buyers with $125 per square foot of custom interior design included in the price and in addition to an ample base suite demising provision.
“Sapphire’s purchasers will have the opportunity to choose the finishing of nearly every aspect of their home, from the design of the bathrooms, to the appliances, to lighting and flooring,” Price says. “For a residence with nearly 2,000 square feet of space, the finishing package, with guidance and assistance from interior designer Anne Greenhough, will provide $250,000 of in-suite customization to meet the specific tastes of each client.”
Parking will be in the form of an underground parkade tied to the first phase of Westbay Quay, with Sapphire’s residences allocated two stalls.
The building’s ground floor is planned to contain a bistro or café, while additional commercial spaces in the Lapis building, the two-storey component of Westbay Quay, will feature live-work residences and retail units that are earmarked for a restaurant space and local businesses.
With construction underway at the Topaz and Lapis components of Westbay Quay, Price’s partner Max Tomaszewski says Sapphire’s construction start is targeted for the first half of 2021 with move-ins by early 2023.
“Financing is secured and we anticipate the marketing pre-sale requirement to finalize shortly after the New Year,” Tomaszewski said.
Westbay Quay, with 73 one-bedroom, two-bedroom and live-work layouts, reached 70% sold-out status earlier in the year and has continued to generate strong interest among purchasers in search of waterfront living in proximity to downtown Victoria.
With current pricing starting from the low $400,000s at the six-storey Topaz building (the two-storey Lapis building is sold-out), Westbay Quay’s available up-market pre-sales are uniquely positioned in their harbourfront setting with a seaside walkway from the development site into downtown Victoria, an adjacent full-service marina, nearby shops and cafés, and bus routes that connect the CFB Esquimalt navy base, the University of Victoria, Camosun College and the downtown core.
Meanwhile, work on Tenfold’s The Wade development on Johnson Street at Cook Street is progressing with completion only weeks away. The 102-unit mixed-use building sold out of all but six of its suites in late 2017, and construction crews are busy with the final touches for the low-rise project. To culminate The Wade's sales, a final developer’s release for the remaining six homes (which range from studios to three-bedroom executive layouts) has been launched by Tenfold.
To learn more about Sapphire at Westbay Quay and remaining homes at Topaz at Westbay Quay, visit the presentation centre on Saturdays and Sundays between 2 and 4PM at 453 Head Street. Or to schedule a custom viewing, call 250-384-2771 to speak with a project representative. C
Receive Citified's timely real-estate news straight to your inbox. Sign up for our newsletter, and connect with us on Facebook: 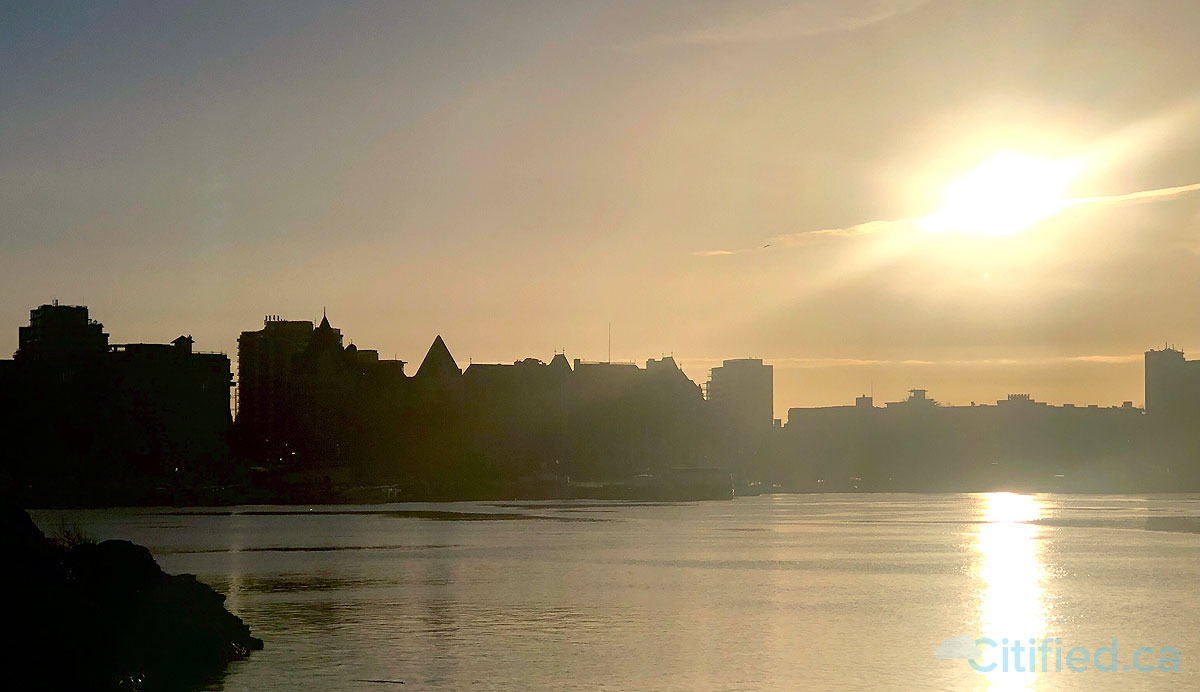