The Victoria Plaza Hotel on Government Street at Pandora Avenue, formerly the home of Monty's Showroom Pub, has been sold to a North Vancouver-based real-estate development firm.  Citified.ca.

The four-storey hotel, built in 1911 as the Westholme Hotel, has sat vacant for several years following a failed attempt by now-defunct developer League Assets Corporation to restore a portion of the building and add a six-storey new-build wing along the northern edge of the property. Plans called for 106 condo residences and nearly 7,600 square feet of ground floor commercial space.

Although League’s proposal received municipal approvals in 2013, the company ran into financial troubles shortly thereafter and eventually declared bankruptcy, forcing the cancellation of the project.

In 2014 Victoria Plaza Hotel’s Vancouver-based owners placed the building — which includes two sought after liquor primary licenses — and its formerly approved development plans on the market for $5.8 million. The price was subsequently reduced to $5.2 million, according to the property listing.

It is anticipated Pacific Gate will pursue mixed-use redevelopment plans that may be in-keeping with those secured by League Assets as part of the 2013 municipal approvals process. C

Construction of Victoria's tallest building to start in 2017 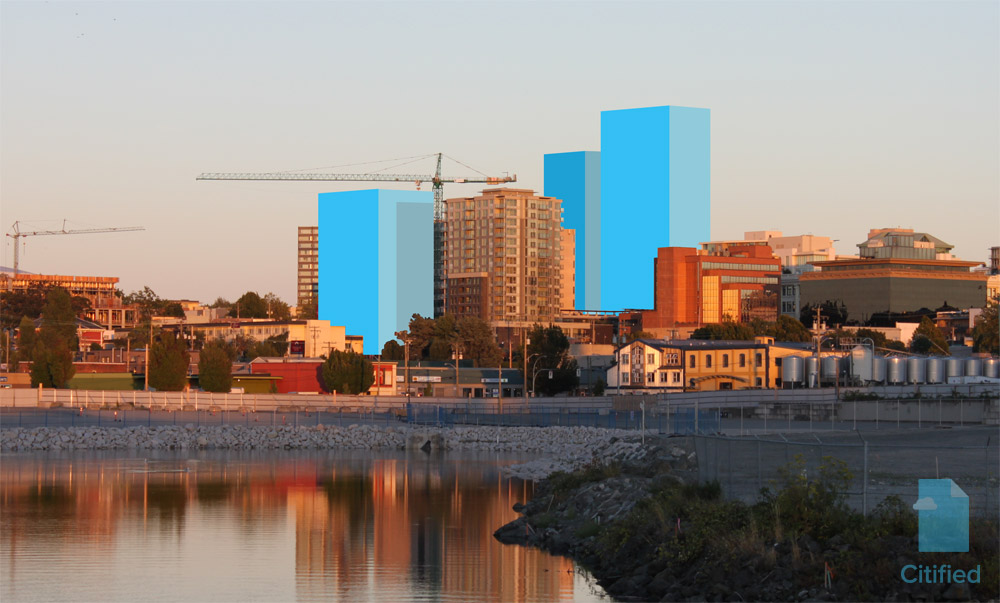