Richmond-based Townline has confirmed construction on the final phase of its Hudson District development is slated to begin by mid-2017, and the crowning jewel will be a new tallest building for southern Vancouver Island. The blue outlines above indicate conceptual plans drafted by Citified for reference purposes only. Outlines depict the approximate height and scale of upcoming buildings at the Hudson District which include (from left to right) Hudson Walk Two, Hudson Place tower one and Hudson Place tower two.  Citified.ca.

The decade long build-out of downtown Victoria's Hudson District will culminate in 2019 with southern Vancouver Island's tallest building, according to information provided to Citified by Richmond-based developer Townline.

With approvals secured for a 24-storey residential tower rising 72 meters above the 700-block of Herald Street and an accompanying 17-storey residential highrise fronting the 1700-block of Blanshard Street, Townline is preparing to build what will become the final piece of its multi-phased commercial and residential district bordered by Caledonia Avenue and Douglas, Fisgard and Blanshard streets.

However, changes to the final phase of the project, originally approved some ten years ago and marketed most recently as Hudson Place, will appear before City Hall this fall as the company moves to secure development permits.

"We've come up with a different concept from what was originally proposed [and] are targeting a development permit submission [for] this fall," said Townline's Director of Development for Victoria, Justin Filuk.

What those changes are, exactly, will be revealed soon, although Citified has learned the remaining portion of the project will be built in a single phase rather than two and will be comprised of a mix of both market condo residences and rental apartments. The exact ratio of housing types and the volume of units is yet to be decided.

In-keeping with the project's overall theme, ground floor commercial usage, perhaps even a multi-storey commercial component, can be expected within the podium of both towers — provided a two tower development is, in fact, still the plan.

Regarding a start to pre-sales and a construction launch, Filuk says both are targeted for mid-2017.

"We would likely launch pre-sales in the spring of 2017, and the plan is to put the sales centre in a commercial retail unit in Hudson Walk One, directly across from the [upcoming phase]," Filuk said, adding that demolition of the remaining portion of the former Hudson's Bay Department Store parkade along Blanshard Street at Herald Street will begin this fall in order to make way for construction. Once work begins, completion is expected 24 months later, likely by mid-2019.

The Hudson District is comprised of the restored Hudson's Bay Department Store that is now home of the Victoria Public Market. Completed in 2014 was the district's second phase along Fisgard Street known as Hudson Mews, a 12-storey rental tower with ground floor commercial space. Currently underway are Hudson Walk One and Two, 16- and 15-storey rental towers with commercial ground floors along Caledonia Avenue, the first of which welcomes its first residents this August and the second is on track for a spring 2017 completion. C 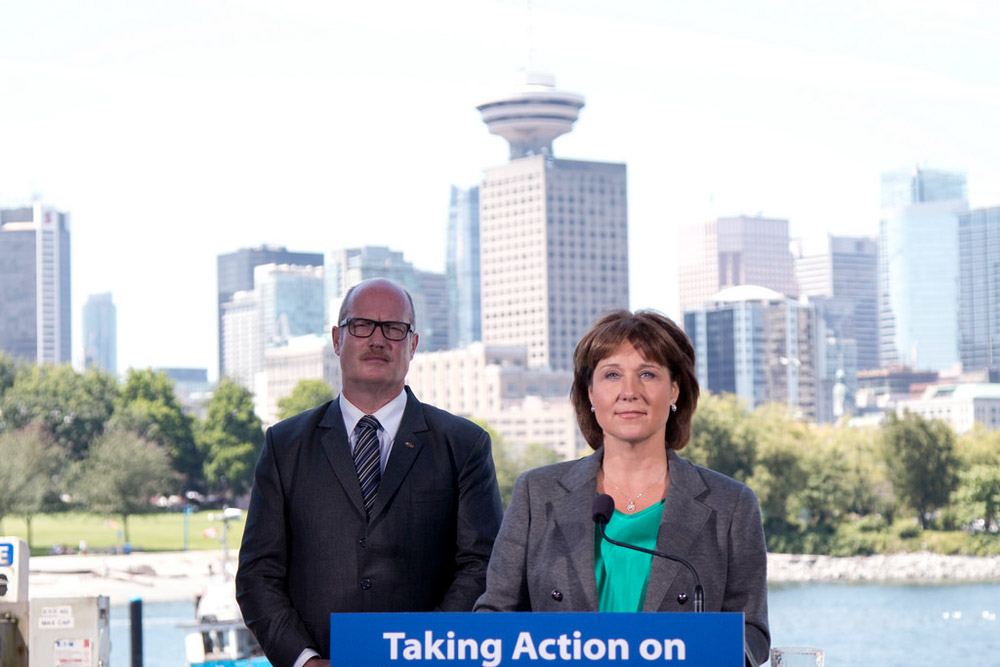