Developer Mike Miller of Abstract Developments (at-centre, wearing a red helmet) and dignitaries officially launch the Fifteen88 condominium development in Saanich's Shelbourne Valley. The 62-suite residence is the first project to proceed to construction following the adoption of the Shelbourne Valley Action Plan that will guide high-density development along a three kilometre stretch of Shelbourne Street in Saanich.  Citified.ca

condos, Urban core
Shelbourne Valley Action Plan moves forward with Fifteen88 condo dev groundbreaking
MIKE KOZAKOWSKI, CITIFIED.CA
The transformation of Saanich’s Shelbourne Valley into a mixed-use, high-density urban community has taken its first step forward with the groundbreaking of Fifteen88, the latest condominium offering from Abstract Developments and the first multi-family project to proceed under the guidance of the Shelbourne Valley Action Plan (SVAP).
The 62-suite, four-storey development taking along the 1500-block of North Dairy Road (opposite Hillside Shopping Centre) has already sold through nearly 70% of its one and two-bedroom inventory, a degree of uptake that highlights the pent-up demand for efficient, affordable and future-focused multi-unit housing options along one of the region’s busiest corridors.
“The market response to Fifteen88’s condominiums underscores the value that the Shelbourne Valley represents and its destined role as a hub of mixed-use modern buildings, walkable retail amenities, proximity to both UVic and Camosun College, and access to high-frequency public transit routes,” says Mike Miller, President and Founder of Abstract Developments.
“From the point of view of many of our purchasers, the ability to walk to Hillside Centre, to the grocery store, even to a post-secondary campus while being only minutes away by bus to downtown Victoria reiterates Fifteen88’s desirable location.”
Comprised of mid-market suites catered toward first-time purchasers, students, down-sizers, and investors in search of competitive price points, the project’s emphasis on value relative to its nearby amenities speaks to Shelbourne Street as an attractive, full-service alternative to established high-density nodes like downtown Victoria, James Bay, Fairfield and Rockland where comparable real-estate comes with much higher valuations.
“The opportunity to enter an up-and-coming urban residential neighbourhood at an affordable price is the sort of scenario first-time purchasers pursue and while most of our projects have focused on established neighbourhoods, Fifteen88 is different in that we are helping to shape the corridor rather than adding to what is already there,” Miller said, noting that the vision developed under the SVAP is not unlike the widely recognized Granville and West 4th areas of Vancouver.
Several years in the making, the three-kilometre-long SVAP reimagined Shelbourne Street’s fast-paced urban presence into an inviting, mixed-use residential and commercial thoroughfare with enhanced pedestrian, separated cycling and improved transit considerations.
Following its adoption in April of 2017, civic officials formally laid the groundwork for developers by introducing forward-thinking goals by which development applications would be assessed.
The action plan is itself a component of the municipality's 'complete streets' vision for the future, where a balance between transportation modes, reduced reliance on automobiles, improvements to storm water run-off quality and increased transit ridership will yield more active, healthier communities.
Designed to encourage alternative modes of transportation consistent with the plan’s vision, Abstract is incorporating over 100 bicycle spaces and five scooter spaces into Fifteen88’s amenity package. Cyclists will also benefit from a dedicated cargo bicycle room with cycling repair provisions accessible directly from the residential entrance.
For residents not interested in owning a vehicle, a Modo car-share membership will be provided for each home together with a Modo hybrid car that will be situated just steps from the building.
With Fifteen88 now underway, Miller expects construction to span approximately 18-months and occupancy to occur by late 2020.
Miller’s commitment to the Shelbourne Valley won’t end with Fifteen88, however. Abstract’s sister company and rental division, known as NVision Properties, is currently pursuing municipal approvals for a six-storey, 76-unit purpose-built rental complex on Shelbourne Street at McKenzie Avenue kitty-corner from the University Heights Shopping Centre. Designed to appeal to university students, the project, if approved, would be comprised of studio, one and two-bedroom rental units.
Meanwhile NVision’s first project to reach completion will be Verve, a 95-unit apartment building just a stone’s throw from Uptown Shopping Centre on Boleskine Road at Whittier Avenue. The five-storey project is gearing up for a late winter leasing period.
Over in Victoria’s urban core, Bellewood Park – an up-market condominium pre-sale opportunity situated along the tony Rockland neighbourhood’s upper Fort Street precinct – has sold 50% of the its 83 well appointed homes, marking a major milestone for Miller’s latest undertaking in the immediate area that follows on the sold-out Black & White condominium rising on Fort Street at Cook Street.
Founded 20-years-ago, Victoria-based Abstract Developments is one of the region’s most prolific real-estate development firms with five multi-family projects completed since 2015, multiple proposals in planning and several underway. C
Receive Citified's timely real-estate news straight to your inbox. Sign up for our newsletter. 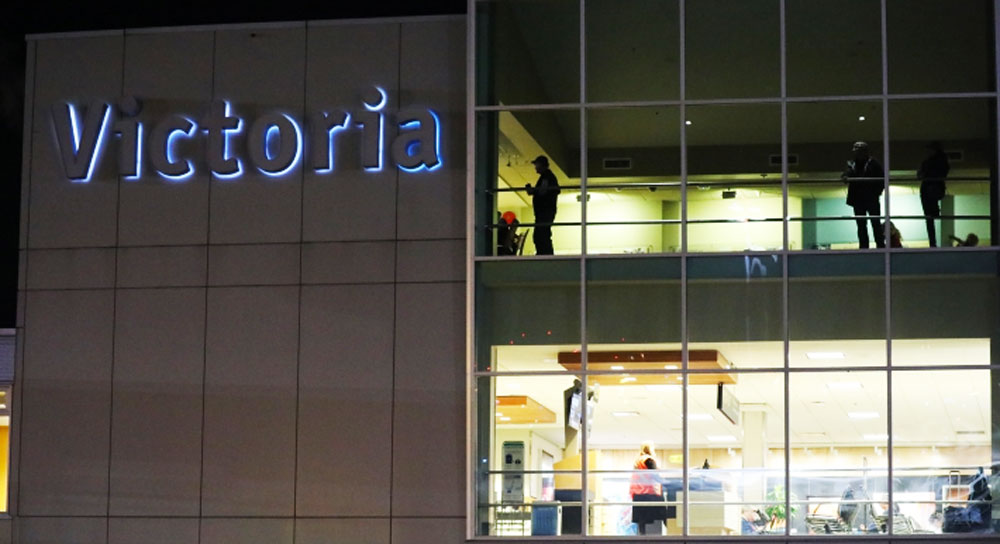