commercial, condos, hotel, Urban core
Rising to the challenge: restructured Oak Bay Beach Hotel beats expectations
MIKE KOZAKOWSKI, CITIFIED.CA
Oak Bay’s oceanfront Oak Bay Beach Hotel rang in the New Year as one of the region’s tourism triumphs of 2016, according to a third-party hotel occupancy and revenue brief known as a ‘star report.’
Commanding the highest room rates on southern Vancouver Island and leading the industry with above average occupancy rates, the Oak Bay Beach Hotel’s star figures confirm its tumultuous past appears to have little bearing on its future.
“I’m beyond words when I step back and reflect on how far we’ve come,” says Jason Ratzlaff, President of REV Investments, owner of the Oak Bay Beach Hotel.
“Our pre-bookings are strong, our room rates are at the forefront of the industry and we’ve already secured multiple weddings and conferences for 2017. The growth we’ve seen since the restructuring and acquisition is incredible.”
Ratzlaff is speaking to the hotel’s 2014 court-ordered financial restructuring that led his firm to purchasing the beleaguered property for $62.2-million in the spring of last year.
REV, which was one of the parties involved with the original concept’s financing, was left as one of the creditors following its financial unraveling. Rather than await the possibility of a partial reimbursement for its investment once new operators took over, the company opted to tackle the situation head-on.
“When the hotel went into receivership we soon recognized that in order to recoup the funds we had invested we’d need to allocate even more money towards the hotel’s resurrection. Ultimately buying the property out of receivership and taking full control of the operation was one of the best decisions we could have made,” Ratzlaff says.
Re-energized with a well-capitalized ownership structure supported by a strong management team, in the span of eight months the new owners set to work on transforming a challenging opportunity into a financial powerhouse.
“The pride I have for the staff, the management team, the people who worked through the challenges and supported us during this transitional phase is immeasurable,” Ratzlaff said, adding that “REV’s success of turning the hotel into a profitable business is really our employees’ success, it’s their hard work and dedication to a property they were committed to and remain committed to.”
Ratzlaff admits that the positive momentum has thus far eluded the media’s attention. Unlike months prior and over the span of several years, reporters no longer appear to be following the hotel’s going-ons.
“Ever since the dust settled by the summer of last year, the media hasn’t been back and we’re no longer making headlines. Despite the absence from the public realm in that regard, what I feel has truly epitomized the hotel’s re-established presence in the local community is the response we’ve had to the recent release of our oceanfront private residences,” Ratzlaff said.
“The pent-up demand has been strong and buyers have gravitated to our new listings. They can sense things are different now.”
Victoria REALTOR® Darien Verbrugge, brought on by REV to oversee the sale of the hotel’s move-in ready luxury top floor penthouses, echoes Ratzlaff’s sentiment and says the market’s response is a most apropos conclusion to a chapter of the hotel’s past.
“We weren’t sure what the response would be when we listed our private residences, but three of the fourteen available penthouses sold in a matter of weeks, all for asking price,” Verbrugge said.
“What this communicates to me, as a REALTOR®, is if buyers are lining up to secure these properties, they understand that waterfront ownership opportunities with world-class views and five-star amenities do not come along very often. The hotel has turned the proverbial corner in the eyes of the public.”
The focus for 2017, Ratzlaff says, will be on branding the hotel to a global audience, promoting conference spaces and services for special gatherings such as weddings and anniversaries, and to position its limited collection of oceanfront homes at the forefront of the luxury real-estate market.
“We have a lot of work ahead of us as we enter our first full year of operations as a restructured operation, and we’re excited to reinstate the Oak Bay Beach Hotel as an Oak Bay landmark, a place to call home, and as a premiere destination on southern Vancouver Island.” C 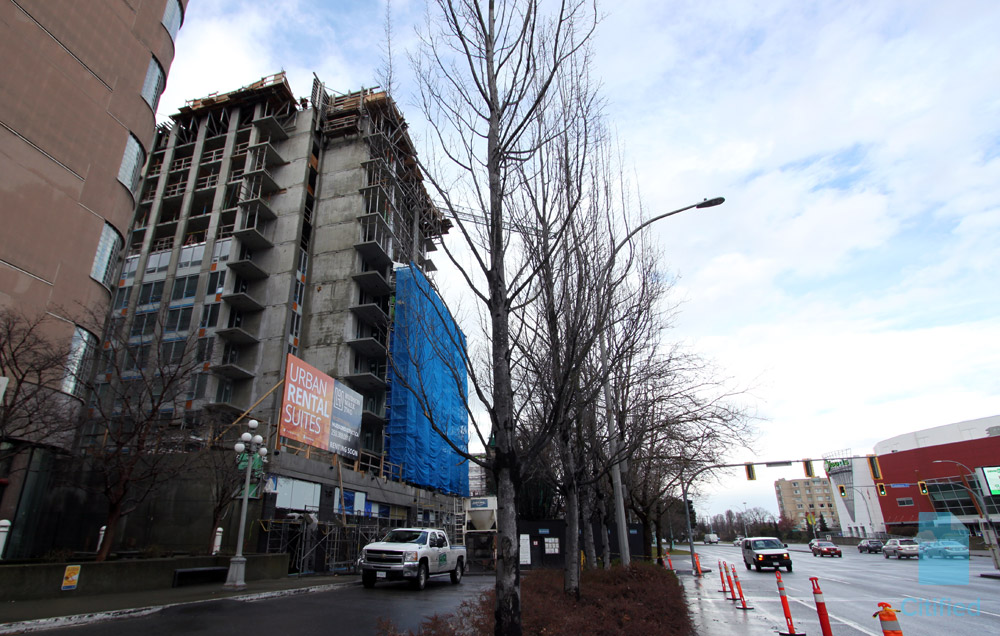