The number of vehicles on the south Island for every 100 residents has risen to 70.3 from 68.9 just six years ago, according to data compiled by the Capital Regional District as part of the latest travel survey. And more households than ever before now own at least one vehicle for every resident.  Citified.ca

civic, Downtown Victoria, Saanich Peninsula, Urban core, West Shore
Rate of vehicle ownership in Victoria higher than in decades past: CRD travel survey
CITIFIED.CA STAFF
The rate of vehicle ownership in the Capital Region has increased to its highest level since 2001 and is eclipsing population growth, according to results of the Capital Regional District’s (CRD) 2017 Household Travel Survey.
The volume of vehicles compared to residents on the south Island rose from 68.9 vehicles for every 100 residents in 2011 to 70.3 in 2017, an increase of 22,500 units (or 9.7%). Over the same period population growth was 7.49%.
According to Malatest Market Research, which conducted the survey on behalf of the CRD, 255,300 vehicles are now situated on the south Island while the population (calculated for the purposes of the survey) totals 363,300.
The survey’s findings show just over half (50.1%) of local households now have at least one vehicle for every resident, a jump from 47.4% only six years prior.
See also:
 Vehicle ownership rising at nearly twice the rate of Vancouver Island's population growth: ICBC
 Despite rising congestion and gridlock, fewer cars are entering downtown Victoria: CRD
Of the 50.1% of households with one or more vehicles per occupant, 6.7% (approximately 11,000 households) have more vehicles than residents, while the remaining households have exactly one vehicle per resident. In 2011, 6.0% of households had at least one vehicle per resident and 41.4% had exactly one vehicle per resident. Meanwhile the size of households remains unchanged with an average of 2.2 persons per dwelling.
Approximately one-in-ten households have no vehicle and this ratio remains unchanged from the 2011 survey.
Vehicle use accounts for 73% of inter-regional travel (between municipalities) by residents of the core municipalities (Victoria, Saanich, Oak Bay and Esquimalt) while internal travel by vehicle drops to just 50%. The West Shore sees 62% of internal trips by vehicle and 73% inter-regionally. The Saanich Peninsula, however, sees the highest rate of automobile usage with 65% of internal trips by vehicle and 76% accounting for inter-regional travel.
Walking remains the highest mode of internal transportation in the core after vehicular travel, beating out passenger travel in a vehicle at 19% to 14%, respectively. Inter-regional travel sees passengers account for 15% of trips while walking drops off sharply to less than 1%.
Cycling in the core accounts for 1% of inter-regional travel and 7% internally. Transit accounts for 9% across the board.
The West Shore’s share of trips via transit is 10% for inter-regional travel and 1% internally. Cycling accounts for 1-2% internally and externally and walking 10% internally with a negligible volume inter-regionally.
On the peninsula passenger travel is 16% across the board, while transit usage is only 6% for inter-regional trips and 1% internally. Cycling is 3% or less for all trips while walking accounts for 11% internally and is negligible for inter-regional trips.
Nevertheless, the volume of vehicle trips has dropped from a 63.2% mode share in 2001 to 58.9% in 2017, albeit due to population growth daily trips have increased from 593,100 to 617,700.
Cycling as a transportation option has doubled from a 2001 mode share of 2.6% to 5.1% in 2017, representing a rise from 24,500 daily trips to 53,400.
Walking has increased from 11.7% to 13.7%, while transit usage has also grown from 6.9% to 7.8%. C
Receive Citified's timely real-estate news straight to your inbox. Sign up for our newsletter.

Saanich, Victoria to decide if amalgamation-related question should appear on Oct. 20th ballot 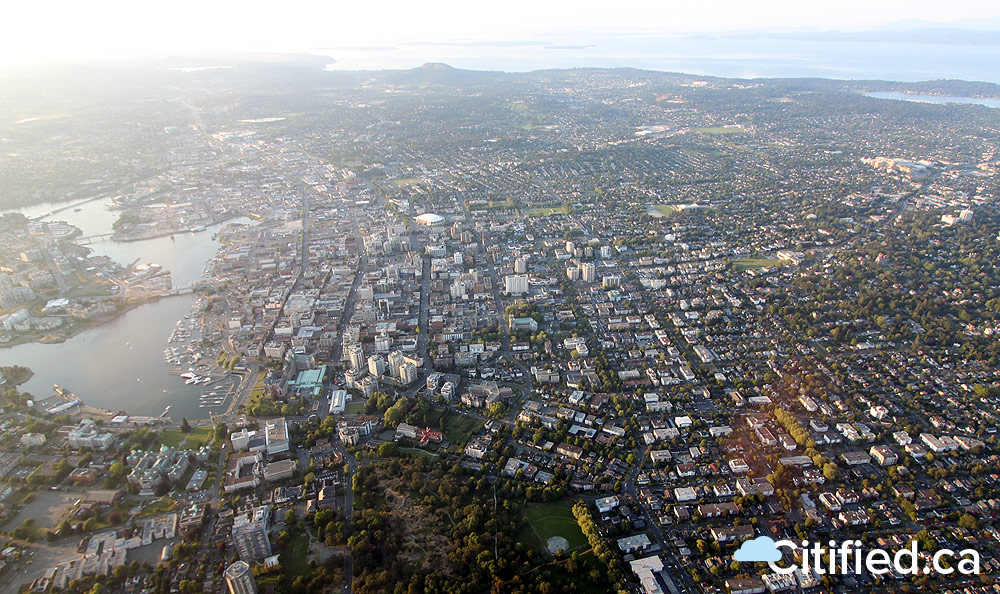