commercial, Urban core
Popeyes Chicken to open Victoria location in early October, the company says
CITIFIED.CA STAFF
US-based Popeyes Louisiana Kitchen, formerly known as Popeyes Chicken & Biscuits, is opening its first Vancouver Island location this fall at Tuscany Village Shopping Centre in Saanich (on McKenzie Avenue at Shelbourne Street), and it has southern fast food enthusiasts plenty excited.
The Victoria Popeyes franchise has responded to a June 7th social media post by Victoria pop news and culture website VibrantVictoria seen by over 105,000 people, confirming the region's first New Orleans-style chicken fast-food restaurant will open in "early October."
"Sailing soon!," a post from Popeyes states, referencing VibrantVictoria's post. Popeyes then adds "Opening in early October!" as a follow-up comment.
Feedback to the VibrantVictoria post appeared mostly enthusiastic about the news, although some individuals felt consumers should support local eateries.
The company has been on a Canadian expansion tear in recent years and has multiple eateries already operating or planned on the lower Mainland in addition to the upcoming Victoria location.
"Founded in 1972, Popeyes has more than 40 years of history and culinary tradition," and "owes its beginnings to entrepreneur and culinary innovator, Al Copeland," says a description of restaurants on its website. "Popeyes culinary heritage is built upon the rich Cajun and creole flavor profiles that are unmistakably Louisiana. We continuously draw upon and celebrate this heritage to inspire new, authentic menu creations the world craves."
Popeyes lists over 3,300 locations in its roster across North America and the world.
The 75,000 square foot Tuscany Village Shopping Centre, completed in 2007 near the University of Victoria in Saanich's Gordon Head neighbourhood, was the first commercial plaza to materialize in Saanich in generations.
The multi-building complex is also comprised of 91 condominium residences situated across three floors above ground floor retail levels, and includes a total of 345 parking stalls in both surface and underground lots. C
Receive Citified's timely real-estate news straight to your inbox. Sign up for our newsletter, and connect with us on Facebook: 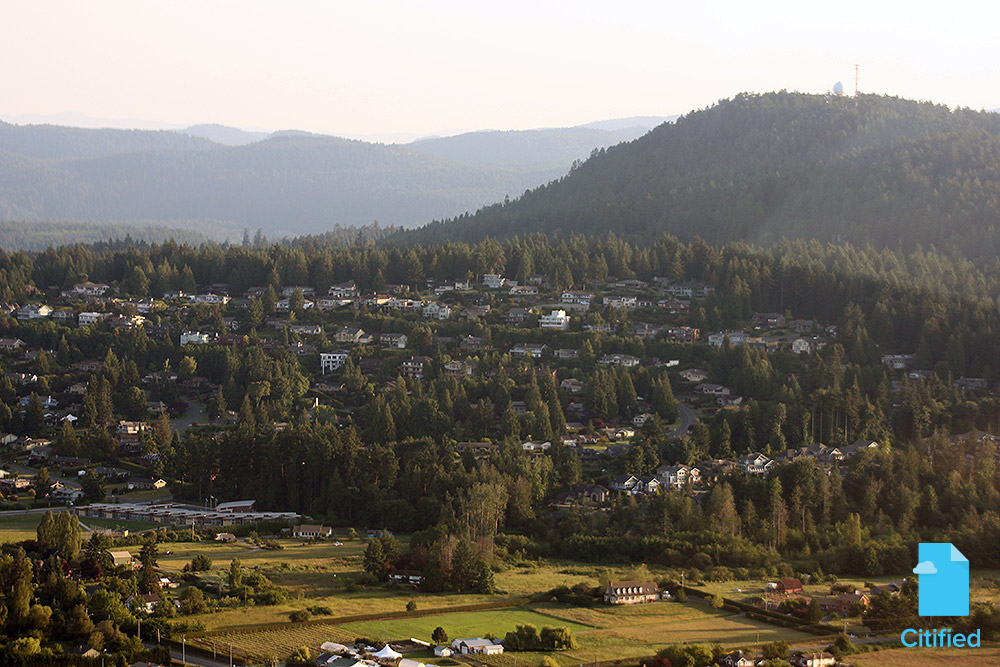