An aerial view of Dean Park, a suburban community on the Saanich Peninsula. A lack of new suburban housing throughout Greater Victoria is impacting the valuations of condominiums and townhomes as would-be buyers of single-family-homes faced with declining inventory and high prices turn their sights on strata properties.  Citified.ca

condos, subdivisions, townhomes, Downtown Victoria, Saanich Peninsula, Urban core, West Shore
$800k the new entry point for houses in Greater Victoria; lack of SFD inventory driving up condo, townhome prices
MIKE KOZAKOWSKI, CITIFIED.CA
Victoria’s real-estate market now commands a starting price of roughly $800,000 for a single-family-dwelling while the average price paid by purchasers is $1.2 million.
Citified’s tracking of single-family-home valuations dating to December of 2015 presented ten of the cheapest houses for sale (via listings on the Multiple Listings Service) at price points between $299,900 and $400,000. By spring of 2016 the price floor rose to $400,000, and four years later by fall of 2020 homes were listing at a starting range of nearly $600,000. Today, the entry-level threshold is pushing towards $800,000 as meteoric demand far outstrips record-low supply.
Currently on the Multiple Listings Service entry-level free-standing, non-tear-down properties are priced in the high $700,000s to low $800,000s, with availability limited to a dozen listings distributed throughout Victoria’s urban core, the West Shore, and Sooke.
At price points closer to $900,000, an additional two dozen homes are for sale, and the story is much the same in the range of $900,000 to $1 million albeit listings on the Saanich Peninsula now appear.
Above the $1 million mark 40 more options are presented through $1.25 million. For a (relatively speaking) broader selection, buyers will need to budget $1.25 to $2.5 million to sort through a further 100 offerings. Beyond that listings are ample, too, with asking prices topping out at nearly $19 million.
Normally at this time of year single-family-home re-sale inventory from Sooke to Sidney would number into the thousands. Today the tally is in the low hundreds.
Victoria realtor Marko Juras says buyers hungry for single-family-homes have come up against two limiting factors, one being highly restricted availability of re-sale properties (at about 20% of where they've historically stacked up), the other a potential exhaustion of local income buying power. And adding to that is the recent upward shift in the mortgage stress test that is now set at a rate above 5%, meaning it's not the low mortgage rates buyers are qualifying under, rather a rate well above 5%.
“We are facing the lowest inventory ever on record since record-keeping began for listings in the 1990s, and the highest real-estate prices ever on record,” says Juras. “What this has created is a heavily slanted sellers market, but given the rapid rise in prices we are coming up against an affordability threshold with month-over-month price appreciations cooling off, likely as a result of the market testing affordability limits.”
This, in turn, has forced a large contingent of purchasers to focus their efforts instead on condominiums and townhomes leading to near-parity between single-family and condominium purchases for the first time in recent history, and in keeping with today's theme, rising prices.
“High house prices are not only affecting the pool of buyers for that specific segment of the market, they are having a profound impact on the cost of homes in multi-unit developments and strata properties, to a point where their sales are averaging at $550,000 for condominiums and over $700,000 for townhomes,” Juras said. “It wasn’t long ago when a single-family home was on average priced within that range.”
Another factor forcing up home costs across the entire market spectrum is the prevailing attitude towards new development, where even light density infusions in predominantly single-family-housing neighbourhoods are met with little enthusiasm from existing residents and opposition from politicians. However, that’s not the only ingredient in Victoria's cocktail of housing challenges.
“A growing social and political desire acting to suppress suburban development, namely light or low density single-family-home development in Victoria’s suburbs, has inadvertently begun to push up real-estate prices in urban or high density housing nodes in the Capital Region,” Juras said. “Opposition to what is termed commonly as ‘urban sprawl’ is now directly impacting the prices urban residents pay for condominiums, as purchasers initially targeting single-family suburban homes they can no longer secure turn their sights to condominiums or townhomes, and much of that housing is in urban areas. This demand shift is only getting started as the most desirable form of real-estate, that being houses, becomes tougher to acquire due to less construction and is significantly more costlier to purchase.”
Despite the sky-high real-estate valuations in Victoria, markets like Vancouver and Toronto show that plenty of upside remains. Victoria’s $1.2 million average is record-breaking by local standards, and yet it represents a bargain for newcomers from Canada’s two dominant housing markets who see significant relative value in south Island homes.
Although the present-day market is testing the resolve of buyers at current prices, whether it breaks through and heads for $1.5 million with support from migration, or settles at around $1 million heading into 2022 after pushing local buyers to their affordability limits, remains to be seen. C
Receive Citified's timely real-estate news straight to your inbox. Sign up for our newsletter, and connect with us on Facebook: 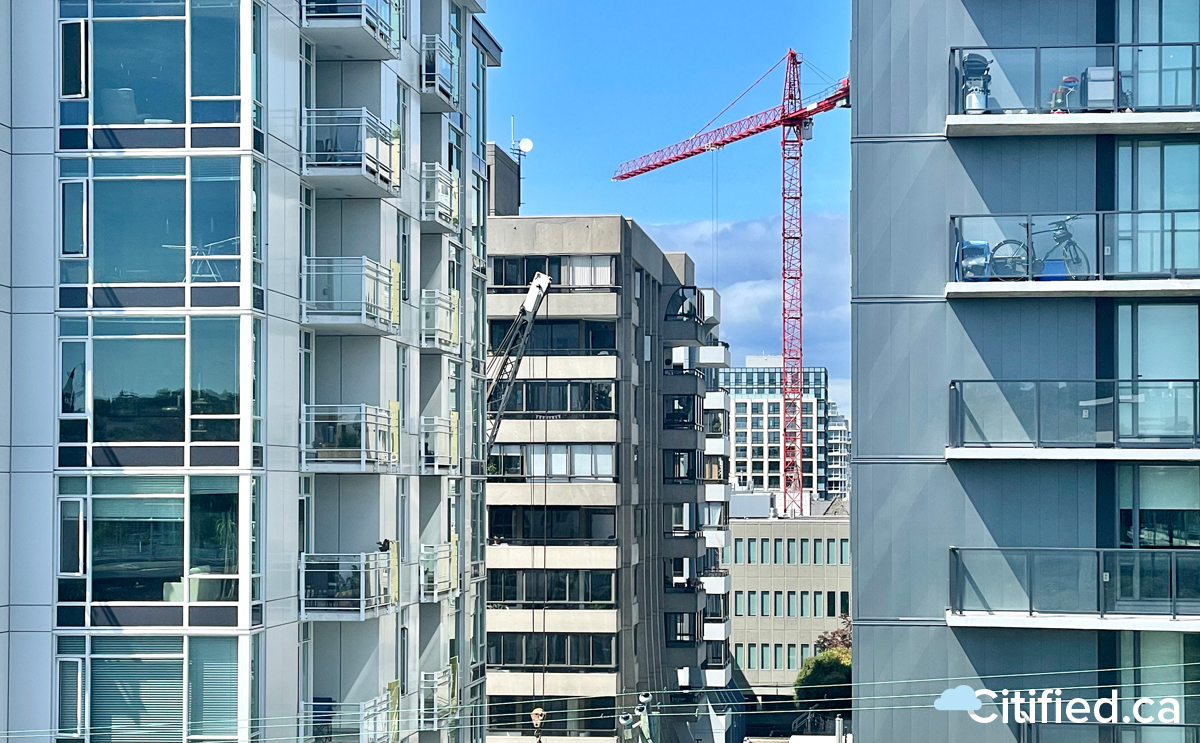