commercial, Downtown Victoria
Ontario firm snatches up downtown Victoria retail hub
MIKE KOZAKOWSKI, CITIFIED.CA
Note: an updated article can be viewed here.
A downtown Victoria retail landmark has been sold to Ontario-based Starlight Investments, Citified has learned.
Harris Green Village – situated on nearly four-acres of land along the 900-blocks of Yates and View streets between Quadra and Vancouver streets – is home to retailers such as London Drugs, The Market on Yates, Bosley’s, Bin 4 Burger Lounge, and COBS Bread Bakery.
However, one of the commercial real-estate agents who brokered the deal, CBRE Victoria’s Ross Marshall, says downtown residents and shoppers needn’t worry about their favourite retailers disappearing or closing for a redevelopment effort any time soon.
“Some of the high-profile tenants at Harris Green Village have lease terms well in excess of a decade, so realistically the new owners will not be engaging in any development activities for some time to come,” Marshall said.
Details pertaining to the sale remain light despite the purchase being one of the largest downtown Victoria land acquisitions in recent history.
“The sale was off-market, and at the request of the parties involved we’ve held back information relating to the final price and terms, but I can confirm the sellers were Victoria-based,” Marshall said, adding that enquiries regarding the transfer of ownership can be directed to CBRE Victoria’s office.
An opportunity to acquire such a large land parcel in the downtown core of a strategic market is rare, and will no doubt be the focus of a major real-estate play in the future, Marshall says.
“While we’re not going see much happening in terms of change on the property for a good decade, a transaction of this magnitude, encompassing as much downtown real-estate as Harris Green Village, is rare and presents a variety of future redevelopment opportunities for its new owner.” C 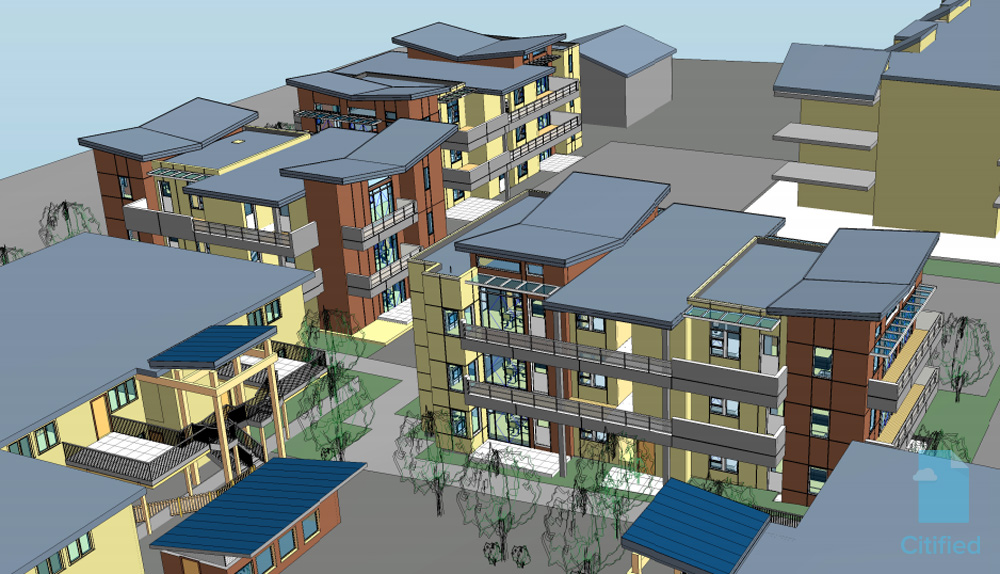