The town of Sooke's oceanfront real-estate, such as the upcoming Residences on Sooke Harbour condominium development depicted in this artist's rendering, has drawn newcomers from far and wide. The traditionally affordable suburb of Victoria has remained the last bastion of home ownership opportunities for many, but that's changing as families, retirees and empty-nesters look to Sooke's seaside setting as an alternative to urban life in Victoria's core and rapidly growing West Shore.  Fitzpatrick Enterprises

condos, subdivisions, townhomes, West Shore
Oceanside town of Sooke remains Victoria's 'affordable homeownership frontier,' but that's changing
MIKE KOZAKOWSKI, CITIFIED.CA
Nestled between the Strait of Juan de Fuca and miles of Vancouver Island rainforest, Greater Victoria’s oceanside suburb of Sooke is a community on the cusp of a real-estate boom as growing numbers of families, retirees and empty-nesters look beyond the region’s urban core to an authentically west coast lifestyle.
With south Island real-estate prices pushing home ownership out of reach for many, the rush of newcomers to the aptly-coined ‘affordable homeownership frontier of the Capital Region,’ Sooke is still positioned as Victoria’s last stand of competitively-priced real-estate.
But given its population growth rate of 4% per annum and a low volume of new housing, the town of 13,000 inhabitants won’t be affordable forever.
“Imagine for a moment the sights and sounds of a rolling surf, the feeling of a cool mist drifting off the ocean and the din of evergreen forests swaying in the wind. That’s Sooke,” says Jesse Fitzpatrick, one of several developers working to supply homes throughout the area. “There is an element of wilderness and a sense of rugged west coast openness that permeates through every facet of this town, and it’s that mystique, coupled with the raw nature of Sooke’s coastal setting, that has captivated newcomers and is changing the way the local real-estate is perceived.”
Settled by Europeans in the mid-1800’s, Sooke’s economy has been rooted in the logging and fishing industries that to this day dominate its cultural and social make-up. Like all communities that sprung up along Vancouver Island’s coast, there was once a practicality to a seaside neighbourhood which in the present-day has turned into a commodity that individuals from across the world view as a lifestyle experience. And that transition from a blue collar working town dependent on its abundant natural resources to one that is immersed in a cultural shift where oceanfront estates line the shore, up-market condominiums overlook the sea and subdivisions with executive homes appear atop hillsides, is Sooke's new direction.
While projects like Fitzpatrick’s The Residences on Sooke Harbour – a waterfront condominium coming soon to the government wharf – emerge in response to Victoria’s real-estate valuations and the pursuit of oceanfront residences among retirees and empty-nesters, they represent opportunities in short supply despite the seemingly endless shoreline.
“You’d think Sooke would be full of oceanfront apartments and condominiums off the main artery of Sooke Road, but that’s not the case,” said Fitzpatrick. “Re-sale condominiums are few and far between and new-build condominiums, especially with price points as low as they are when compared to Victoria’s waterfront developments, are even rarer.”
To satisfy housing demand among Sooke’s roughly 500 annual newcomers, developers are working to deliver higher volumes of inventory, although the pace with which this occurs is mired in lengthy municipal planning processes even before the first shovels hit the ground.
That being said, currently under construction is the community’s first purpose-built rental complex to come along in many years, dubbed Knox Centre. The 42-unit apartment rising at Throup and Church roads is a step in alleviating Sooke’s rental shortage. Even with the upcoming units, the gap between rental demand and supply remains several hundreds units in arrears. On the flip-side, the shortage is driving private investment in rental homes albeit they too are in-waiting for supply.
Across the street from the Knox apartments is a proposal to deliver over 130-units of housing in the form of single-family-dwellings and townhomes. Now in its early municipal planning stage, that project won’t materialize for several years and the verdict is out whether inventory will be available for purchase or as rentals, or as a combination of the two.
And there’s Fitzpatrick’s development, a 27-suite, one, two and three-bedroom oceanfront condominium slated for the tip of Maple Avenue South at the government wharf. With construction starting this winter, the four-storey luxury project only minutes by foot from Sooke’s commercial centre will usher in the first new-build condominium in a number of years. Given its oceanfront location, The Residences has already piqued the interest of buyers from not only Greater Victoria, but from across the country and the United States.
In the hills above the town several subdivisions are slowly adding housing inventory to Sooke’s established residential nodes. As forests make way for homes, newcomers are settling in suburban-styled neighbourhoods a short drive to the commercial centre.
In-planning are multiple subdivisions with frontages along Sooke Road and adjacent streets, although they, like the Throup and Church avenue development, are in their early stages of the municipal process and will not deliver housing for years to come.
Sooke’s popularity is outpacing its supply of new housing, that much is clear, and the question on the minds of many is no longer whether Sooke will or will not grow into a larger community, rather how that growth will impact its real-estate prices. The answer, given the disparity between supply and demand, is clear. C
Receive Citified's timely real-estate news straight to your inbox. Sign up for our newsletter. 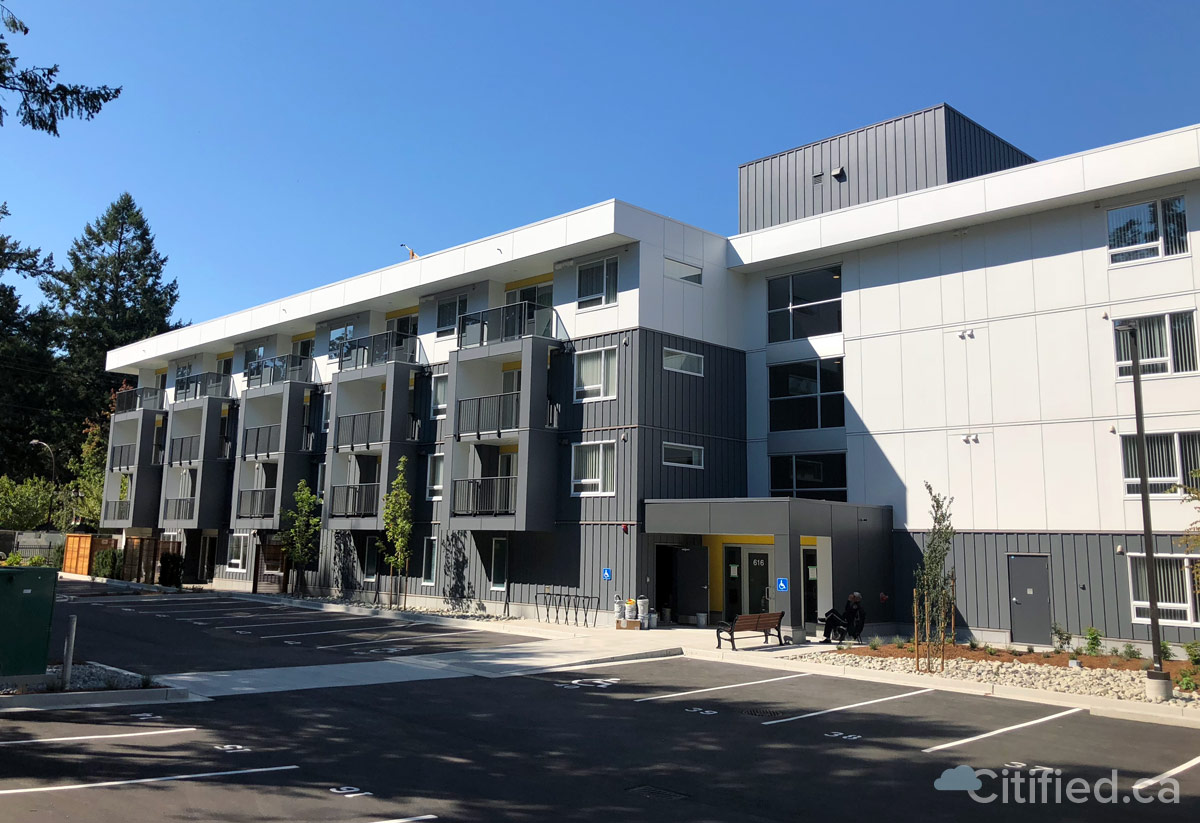