A commercial building under construction at Langford's Belmont Market Shopping Centre will soon be home to a new restaurant concept from the Browns Restaurant Group (BRG).

Liberty Kitchen, currently operating as a single location restaurant concept in south Surrey near White Rock, is a new addition to BRG's line-up that includes brands like Browns Social House, of which there are three operting on the south Island, and Browns Crafthouse, with a single location in Greater Victoria on Tyee Road at Bay Street in Vic West.

Belmont's upcoming full-service restaurant will be situated along the plaza's Kelly Road frontage kitty-corner from the TD Bank branch at the West Shore Shopping Centre.

With a menu focused heavily on artisan pizza offerings, pastas and 'bowls,' Liberty Kitchen is part of the West Shore dining scene's comeuppance which in recent years has seen a influx of chain and independent eateries open for business.

Meanwhile, the master-planned #MyBelmont district, which encompasses commercial and residential offerings centred around a new Thrifty Foods, is now selling its second phase of condominium homes at Belmont Residences East. The five-storey, 85-suite project from developer Ledcor Property Investments follows the sold-out and recently completed first phase of condominiums at #MyBelmont known as Belmont Residences West with 80 homes. And last year the developer also completed Crossing at Belmont, a two-building rental component of the shopping plaza with over 150 residences. C 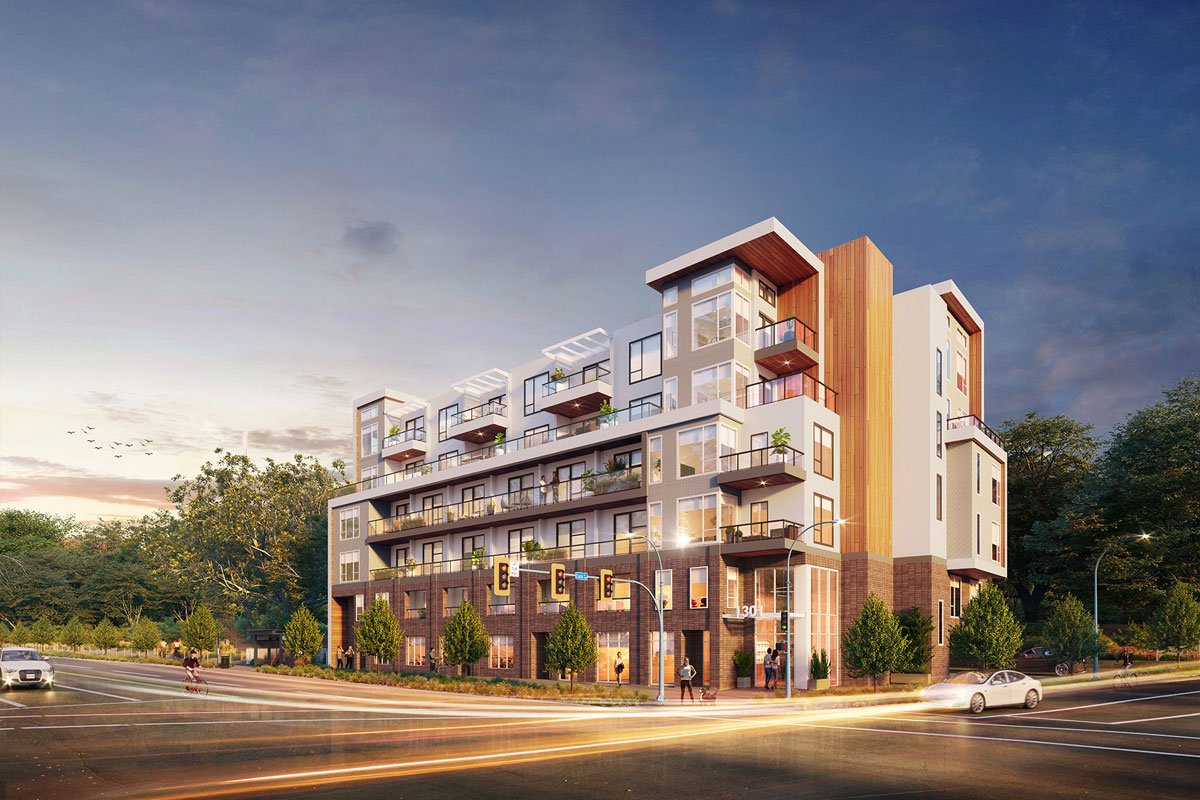