A schematic depicts a development proposal by the Royal Canadian Legion Prince Edward Branch #91 for the 700-block of Station Avenue in downtown Langford. The legion's plans include a six-storey affordable seniors building that will house a food bank, and an adjacent two-storey legion complex with a banquet space and 17 lodging spaces for the Wounded Warriors organization.  RCL Prince Edward Branch #91

civic, commercial, hotel, rentals, West Shore
Langford's Station Ave. legion slated for redev into seniors housing, Wounded Warriors hotel, food bank and new legion complex
MIKE KOZAKOWSKI, CITIFIED.CA
Langford’s Royal Canadian Legion along Station Avenue is poised for redevelopment into seniors housing and a new home for Prince Edward Branch #91.
The proposal for 753-761 Station Avenue at Aprell Place in downtown Langford, currently before the City, calls for over 60 affordable residences and a food bank within a six-storey building and an adjacent two-storey, 9,000 square foot commercial complex that will house a modern legion facility, a 400-seat banquet space and 17-rooms of transient lodging for the Wounded Warriors organization.
Prince Edward Branch #91’s redevelopment plans first surfaced in 2020 calling for the replacement of an existing two-storey legion building and a surface parking. The vision comes as a second phase of development following construction of the 75-unit Alexander Mackie Lodge completed some 15-years-ago along the rear portion of the legion property.
Parking for the project will be in the form of an underground parkade below each building, plus limited surface stalls.
The hotel component will not be made available to the general public, according to information from the City of Langford, and will be used only for Wounded Warriors-related classes at the legion. A food bank currently operating at the legion will be accommodated within a 3,300 square foot commercial unit in the residential building’s ground floor.
As part of Langford’s efforts to support affordable housing projects, amenity contributions associated with the proposal estimated at $234,000 (already discounted by 50% given the project’s affordable housing status) may be waived entirely if a covenant is struck agreeing to maintain the residences as subsidized, non-profit rental suites for a period of at least ten years.
Redevelopment plans for the legion come as Esquimalt’s Dockyard Branch #172 is under construction within an 11-storey seniors housing project on Admirals Road.
Branch #172’s years-long effort to redevelop its property at 622 Admirals Road culminated in a partnership with developer Vista Independent Living in 2018, and will yield a 5,000 square foot legion on the building’s commercial ground floor. Completion of earmarked for late 2021, or early 2022.
Meanwhile the City of Victoria’s Royal Canadian Legion Britannia Branch #7 at 780 Summit Avenue shuttered in the summer of 2019 due to a lack of new members. The legion’s land was sold that year with proceeds re-invested into “secure investments,” according to a statement from the organization. The 780 Summit Avenue property is currently part of an application by Victoria's GAIN automotive group to build a private parkade for its nearby dealerships. C
Receive Citified's timely real-estate news straight to your inbox. Sign up for our newsletter, and connect with us on Facebook: 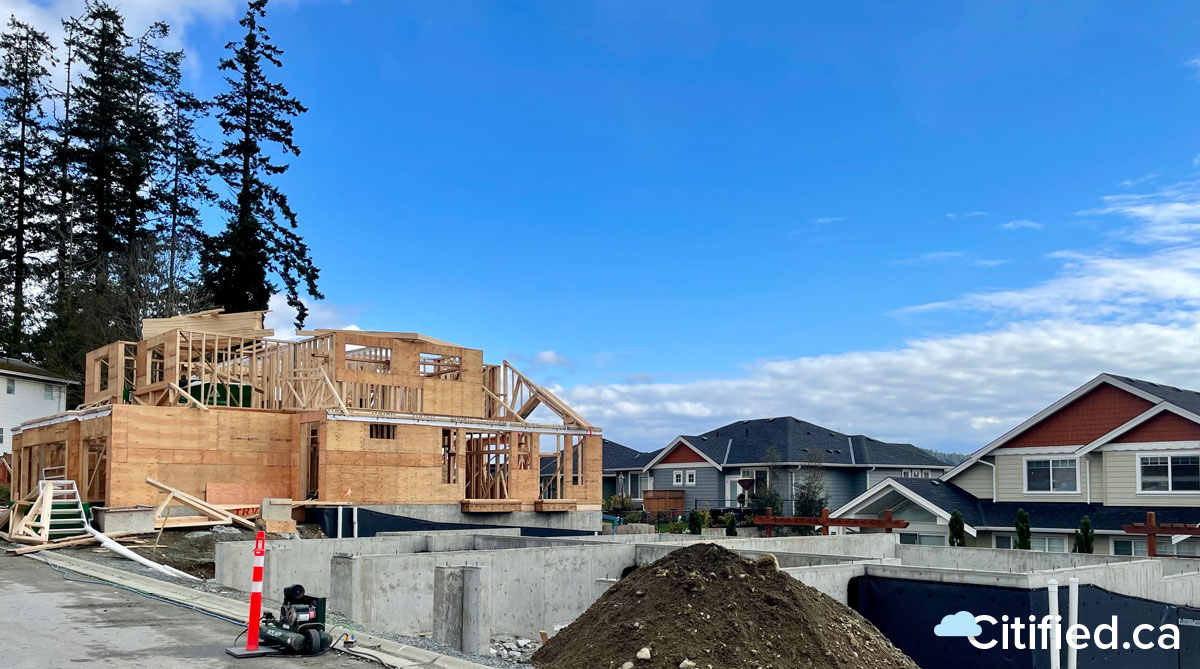