Two heritage homes at 524 and 526 Michigan Street will be relocated to a site along Dallas Road in the early morning hours of January 19th. The move will include a seafaring component along Victoria's Inner Harbour and the James Bay coastline.  Citified.ca.

Two James Bay heritage homes will berelocated from the 500-block of Michigan Street to a site at Dallas Road and Dock Street as part of a heritage preservation commitment by Concert Properties and Jawl Properties.

The real-estate development duo have partnered to build Capital Park, a mixed-use office, commercial and residential project bordered by Superior, Menzies, Government and Michigan streets in Victoria's James Bay neighbourhood. The multi-phased development will include some 235,000 square feet of office space, 20,000 square feet of ground floor commercial space and up to 175 residences.

The six acre property has been the location of five relatively well preserved heritage buildings (two along Michigan Street and three along Superior Street), all of which will be retained, fully restored and repurposed by Concert and Jawl from commercial usage to residential. Two of the Superior Street homes have already been relocated to their Michigan Street sites while one awaits its final move from a temporary location at Menzies and Michigan streets.

Beginning at midnight on January 19th crews will begin the relocation of 524 and 526 Michigan Street, dating back to 1892 and 1911, respectively, to Dallas Road at Dock Street. The shuffle will require not only a precision move on trailers along James Bay and downtown Victoria streets, but also a seafaring component via barge that will be awaiting their arrival at a dock off Store Street.

"The two homes are being relocated off-site and being moved by truck and barge to a site on Dallas Road," wrote Jonathan Austin, Concert Properties' Corporate Marketing and Communications Officer, in a release submitted to Citified.

The full relocation timeline will play out as such:

Members of the public wishing to observe the process should arrive at Superior and Menzies streets by midnight on the 19th of January. Transport by barge to Dallas Road from Esquimalt Harbour will occur in the early morning hours of January 20th. Road closures in the morning hours of January 19th along the route between Capital Park and Store Street will be from Superior Street to Government Street and Government Street to Wharf/Store streets. On the morning of January 20th Dallas Road will be closed at Montreal, Pilot and Dock streets. C 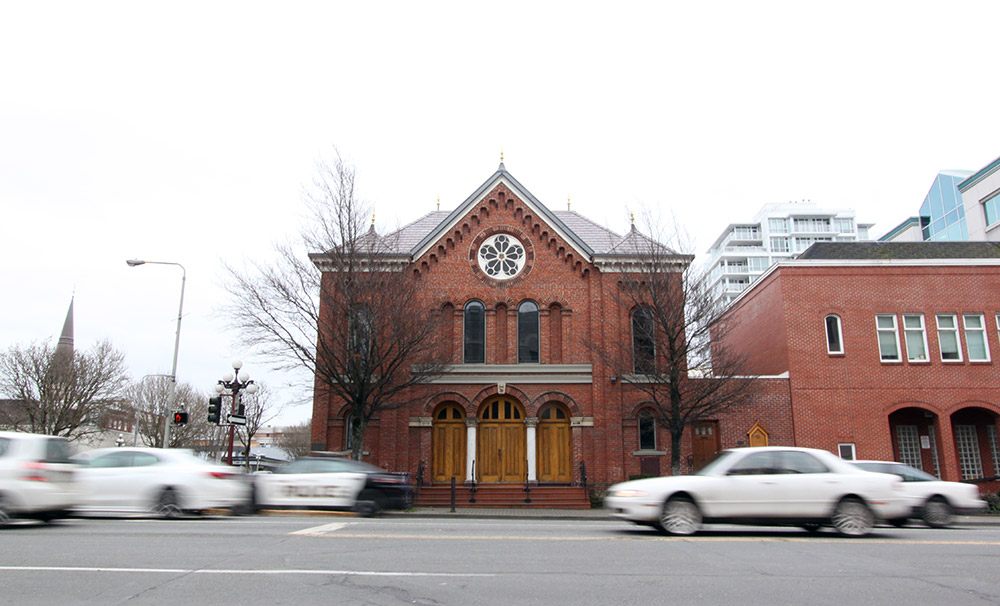