Prices for luxury condominium real-estate in Victoria are expected to escalate given the growing demand for a limited supply of unique high-end properties. Currently for sale in Oak Bay, a collection of private residences at the Oak Bay Beach Hotel are fetching some of the highest square footage rates ever seen.  Citified.ca

condos, Downtown Victoria, Urban core
Hold on to your hats: Victoria's luxury real-estate values to skyrocket
MIKE KOZAKOWSKI, CITIFIED.CA
Victoria’s real-estate prices are on the precipice of a run-up in values, according to local real-estate professionals.
The next 18 months are expected to yield average luxury new-build real-estate rates in the $1,000 per square foot range, a significant departure from inventory currently priced at $650-to-$700 per square foot.
“We have people with serious money moving to Victoria and we’re starting to see pressure on prices materializing as demand for top-end product escalates and supply remains limited,” says Chris Gill, Victoria REALTOR® and partner at The Condo Group. “In other words, where we see the rates today, expect them to be much higher by the end of the year or by the summer of 2018. We can already see the first signs of what's coming with select units pushing well north of $1,000 per square foot.”
With the recent news of an upcoming expansion into downtown Victoria by the British Columbia Investment Management Corporation (bcIMC), a sizable influx of high earners will put even further pressure on top-end properties and lead to what Gill describes as a residual effect on population growth.
“In addition to wealthy boomers literally flocking to the Island and Greater Victoria, the recent news that hundreds of well-paying jobs are coming to downtown Victoria will undoubtedly attract new workers to the region, and in some cases even their extended families,” Gill says, adding that “when you’ve got new arrivals, you also see what we refer to as a secondary or tertiary effect on the market. As an example, a family of four moves to the Island, chances are the parents will move there as well to be close to the grandkids. Now, it's not just one new family moving to Victoria, it's two or three. And we see this more often than you'd think."
Gill’s team has been involved with the sales of The Oak Bay Beach Hotel’s Private Residences, a collection of fourteen luxury waterfront homes commanding some of the highest condominium prices in the region. And they believe a trend is already emerging.
“The homes at the Oak Bay Beach Hotel are selling quickly, and they’re drawing attention from Vancouverites who see real value here even at the prices we'd locally consider at the top end of the market,” Gill said, referring to a sentiment shared among a growing number of his clients who believe that it’s only a matter of time before Victoria sees a mirroring of the lower Mainland's real-estate appreciation.
Over in downtown Victoria developer Stan Sipos says he's noticed a similar trend at his 595 Pandora development on lower Pandora Avenue, and echoes Gill's inference.
“Our City View Collection penthouses have piqued the interest of transplants from Vancouver who are shocked by the relative value of Victoria’s top-end condominium real-estate. For them a $1-million two-storey downtown condo is a phenomenal opportunity, so what I infer from that, and what my colleagues have inferred at their projects, is we are likely to see a rising shift to a new pricing normal within the year,” Sipos said.
Inventory for top-end new-build real-estate is currently limited to only a handful of projects, which includes the Private Residences at the Oak Bay Beach Hotel, 595 Pandora and Sipos’ upcoming Customs House development perched along the lower causeway overlooking the Inner Harbour. The severely limited supply of buying opportunities has even pushed some buyers to seek out opportunities before they are public knowledge, according to Sipos.
“I am receiving numerous calls enquiring about the luxury residences at Customs House,” Sipos said. “As I see it, Customs House will be a once-in-a-lifetime opportunity to own in Victoria’s Inner Harbour. For the first time since I began developing real-estate over three decades ago, a luxury market has emerged in Victoria and the buyer is dictating what product we develop.” C
Stay on top of local real-estate news with Citified's Insider Report newsletter. Click here to subscribe. 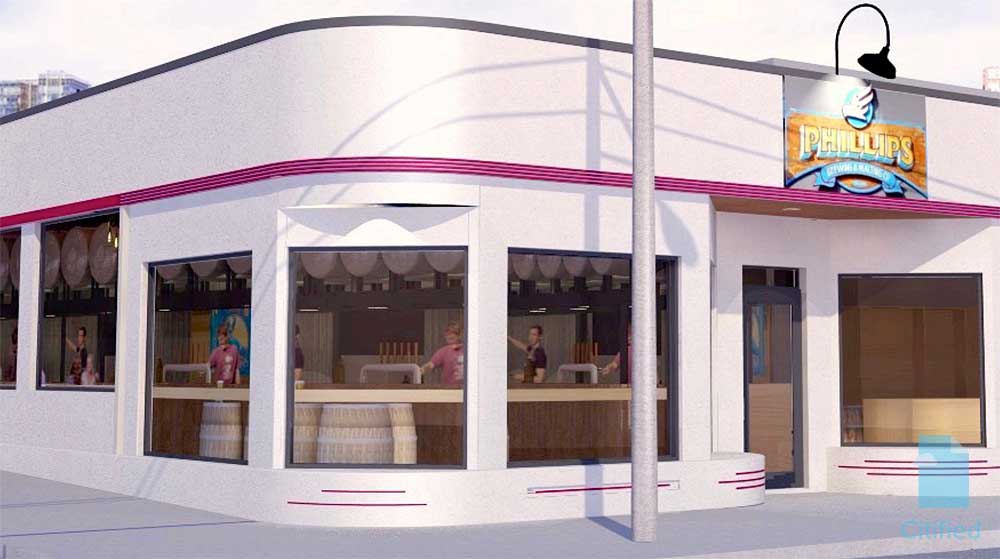