A side-by-side comparison of Triple Crown Residence II's current construction status and an artist's rendering of the completed project. The 70-suite, all two-bedroom development underway along the McCallum Road corridor near Langford's Costco (and two upcoming school sites) is slated for completion by late 2020. Triple Crown

commercial, condos, West Shore
Future north Langford schools boost demand for value-focused Triple Crown condos near Costco
MIKE KOZAKOWSKI, CITIFIED.CA
Construction is in full swing on a 70-suite condominium complex near Langford’s Costco representing the latest phase of the burgeoning Triple Crown mixed-use development along McCallum Road.
Rising to six-storeys, Triple Crown Residence II, which follows in the footsteps of the sold-out Triple Crown Residence I, is comprised of two-bedroom layouts with pricing targeted at first-time purchasers, downsizers, retirees and the investor market.
Todd Mahovlich, Triple Crown’s sales coordinator, has positioned Residence II with its exclusively two-bedroom assortment of floorplans to address the shortage of pre-sale condominium inventory targeted at price-conscious homebuyers in search of larger homes, particularly within easy reach of amenities like shopping, highway and transit infrastructure, and schools.
“The region’s pre-sale offerings for first-time and value-minded purchasers are quite heavily targeted at single occupants or smaller one-bedroom units, while on the other side of the spectrum you have two-bedroom availability priced significantly above the affordability range of couples looking to enter the market, investors wishing to provide rental accommodations or empty nesters looking for affordable housing options for their retirement years,” Mahovlich said. “Triple Crown’s primary focus has been to appeal to that middle-ground of purchaser while also being conscious of the barriers first-time buyers contend with.”
With several phases of housing completed and a growing list of retailers already established at the project and within walking distance, Triple Crown’s positive impact – situated west of Costco near the Leigh Road Trans Canada Highway interchange – will be flanked by recently announced additions to the local school district’s elementary and secondary school rosters.
“One of the things we’re really excited about is the provincial announcement for a future secondary school just a brief stroll away adjacent to Costco, while a short distance north of our site an elementary campus has also been earmarked by the school district,” Mahovlich says, adding that social infrastructure makes neighbourhoods far more welcoming to new families and can have a profound impact on real-estate investments.
The Ministry of Education has allocated significant funding for new schools on the Westshore of the Capital Region, two of which are destined for the McCallum Road corridor (the secondary school) and Bear Mountain Parkway (the elementary school). Their construction will help address the need for the rapid increase in demand for public education facilities on the Westshore while taking advantage of available land in growing neighbourhoods.
Priced from the high $300,000’s with market-leading 5 percent deposit and no transfer tax for qualified purchasers, Triple Crown’s open-concept two-bedroom offerings span between 805 and 906 square feet with nine foot ceilings throughout. Comparable pre-sale listings in the city centre – or even among other projects on the Westshore – are in the $500,000 range and higher, a level of valuation that leaves many house hunters out of the equation.
“The local pre-sale market has established a pricing model that correlates entry-level purchasers with smaller homes. And if you’re in the market for a larger space, or you’re a young family transitioning from the rental market to homeownership and two-bedrooms is your ideal layout, you’re looking at $500,000, $600,000 or more for those options. And that’s certainly an issue in our region,” Mahovlich says.
Triple Crown’s initial phases are part of a much larger masterplan that will eventually deliver hundreds of residential units among several buildings and thousands of square feet of commercial space. With its nearby access to the Trans Canada Highway and the Leigh Road Interchange, the site is attractive for retailers and businesses looking to establish a presence on the Westshore while servicing the rapidly growing McCallum Road corridor.
“The Triple Crown community is positioned for tangible changes in the coming years, especially with the announcements pertaining to new schools in the immediate area,” Mahovlich said. “And with them the appeal of our neighbourhood is sure to grow along with its population.”
With construction now progressing on the first of Residence II’s six levels (after several months of work on the building’s underground parking structure), occupancy is on-track for late 2020.
To learn more about the project and to take advantage of limited offers for new purchasers connect with Todd Mahovlich or Justine Connor by calling 250-474-4800 or email info@triple-crown.ca. The project website can also be viewed at https://triple-crown.ca/. C
Receive Citified's timely real-estate news straight to your inbox. Sign up for our newsletter. 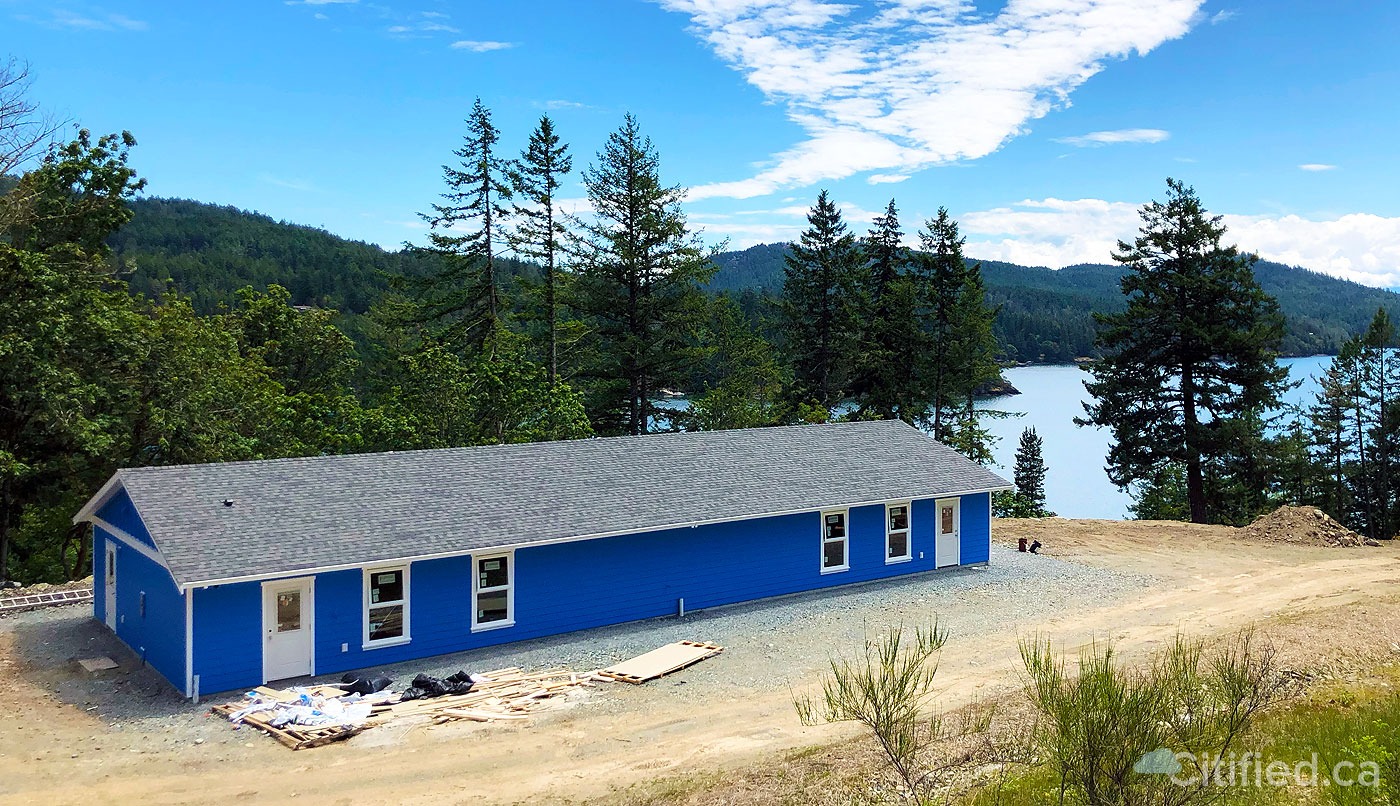