commercial, Urban core
Fried fowl frenzy: Chicken 649 takes over Rosie’s Diner in Cook St. Village only steps from upcoming Empire Fried Chicken
CITIFIED.CA STAFF
Rosie’s Diner at Fairfield’s Cook Street Village has closed to make way for a second location of a local Korean fried chicken eatery, Citified has learned.
Chicken 649 – which opened last year on Quadra Street at Queens Avenue near Crystal Pool – has set its sights on Rosie’s 253 Cook Street location and is expected to start operating by late spring or early summer, according to Rosie’s staff.
However, Chicken 649, which specializes in Korean ‘huraideu-chikin’ and fusion fried chicken dishes, will not be the only entrant to the village’s food lineup offering fried fowl.
As reported by Citified last week, downtown Victoria-based Empire Donuts will soon open its second location with a fried chicken and donut pairing. Dubbed Empire Fried Chicken and Donuts, the diner will be situated in a former liquor store at the rear of the Prima Strada Pizzeria building on Cook Street at Oxford Street, literally steps away from Chicken 649's future location.
And in addition to Chicken 649’s and Empire’s entry to the village, the former location of Serious Coffee in the same complex as Prima Strada will reportedly become a tapas-style eatery and wine bar. C
Receive Citified's timely real-estate news straight to your inbox. Sign up for our newsletter. 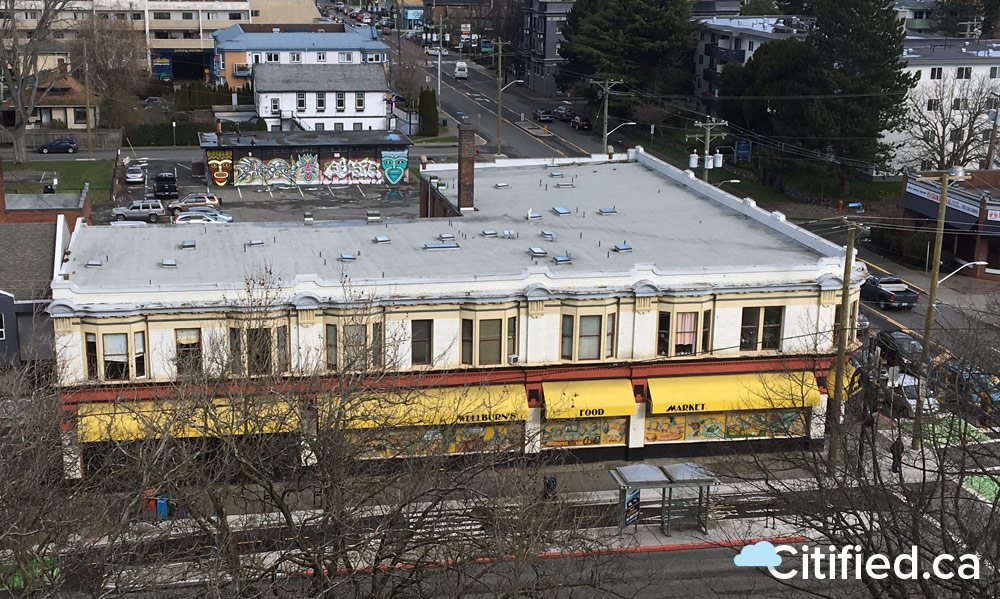 Citified Victoria
@CitifiedYYJ
Apr. 1
The first month of COVID-19 impacting the local real-estate market saw sales plummet in the second half of March, b… https://t.co/RZyxg3metJ

Citified Victoria
@CitifiedYYJ
Mar. 31
A five-storey rental proposal, if approved, will be the second significant near-term redevelopment of properties on… https://t.co/tnA3zhNXtZ