Land formerly occupied by a Shell gas station (pictured right-of-centre) at the intersection of Shelbourne Street and McKenzie Avenue in Saanich is now eyed for rental residences and commercial space.  Google

A vacant lot at the intersection of Shelbourne Street and McKenzie Avenue in Saanich could soon be transformed into a mixed-use residential and commercial building, Citified has learned.

The anticipated unit make-up will yield a mix of 68 studio and one-bedroom residences and 10 two-bedroom suites. An underground parking component accessible off of McKenzie Avenue will accommodate 20 vehicles.

The undertaking is one of several development plans that will transform the area in short proximity of the busy traffic nexus.

Kitty-corner to NVision's proposal is University Heights Shopping Centre where developer Wesbild Holdings plans to build over 300-units of rental housing and nearly 200,000 square feet of modernized commercial spaces. The concept is currently before the municipality.

Opposite University Heights along the 4000-block of Shelbourne Street CIBC Bank is building a branch on a vacant lot adjacent to a Petro Canada gas station. The project has already secured municipal approvals. 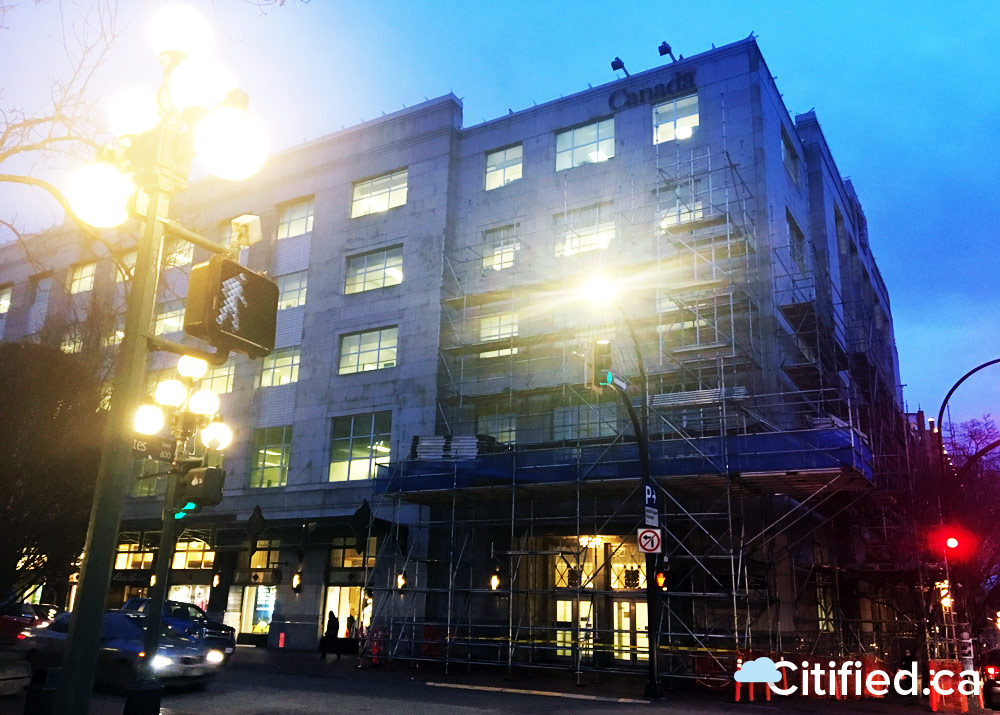