commercial, rentals, Saanich Peninsula
Five-storey mixed-use project planned for Central Saanich Medical Clinic site in Saanichton
MIKE KOZAKOWSKI, CITIFIED.CA
A proposal to redevelop the Central Saanich Medical Clinic property at 1932 Mount Newton Cross Road into residences and commercial space is now before District of Central Saanich planners.
Architect Alan Lowe has submitted plans on behalf of a development firm that envision a five-storey building at the intersection of Mount Newton Cross Road and Wallace Drive in the community of Saanichton. The site is a stone’s throw from the area’s Thrifty Foods grocery store and various commercial amenities centred on Wallace Drive and East Saanich Road.
Featuring a curved facade as a dominant architectural feature, if approved the project will yield nearly 30 residences in one through three-bedroom layouts, and some 2,500 square feet of ground floor commercial space with frontage onto Wallace Drive.
The proposal emerges as one of several high density developments earmarked for the area as the Saanich Peninsula municipality embraces a densification strategy along major thoroughfares.
Earlier this year developer Verdier Commons Ltd. submitted plans to build a 105-unit affordable rental complex in the town centre of Brentwood Bay, a harbourside community on the western shores of the peninsula. The project is slated for Roundabout Square, a multi-phased redevelopment of under-utilized commercial lands along West Saanich Road at Verdier Avenue. And recenty a rezoning application, that would see redevelopment of the Sassy's Family Restaurant property near Butterfly Gardens into mixed-use residential and commercial spaces, was submitted to the district.
Meanwhile work is already underway on the first phase of rental homes on Tsartlip First Nation land along Stellys Cross Road between West Saanich Road and Hielwet Lane. The development will eventually culminate in four buildings.
Recently completed rental projects in Central Saanich include an affordable complex on West Saanich Road at Stellys Cross Road, known as The Parsons at Brentwood, a market rental known as the The Generations on Wallace Drive at East Saanich Road, and a collection of townhomes on Tsartlip First Nation land along Stellys Cross Road east of West Saanich Road.
The Central Saanich condominium market has also produced several buildings in recent years, including The Arbours on West Saanich Road in Brentwood Bay, the nearby Cedars at Roundabout Square, and the first phase of the Marigold Lands development near the Highway 17 and Mount Newton Cross Road intersection. C
Receive Citified's timely real-estate news straight to your inbox. Sign up for our newsletter, and connect with us on Facebook:

Liberty Kitchen, a new dining concept from Browns Restaurant Group, to open on the West Shore 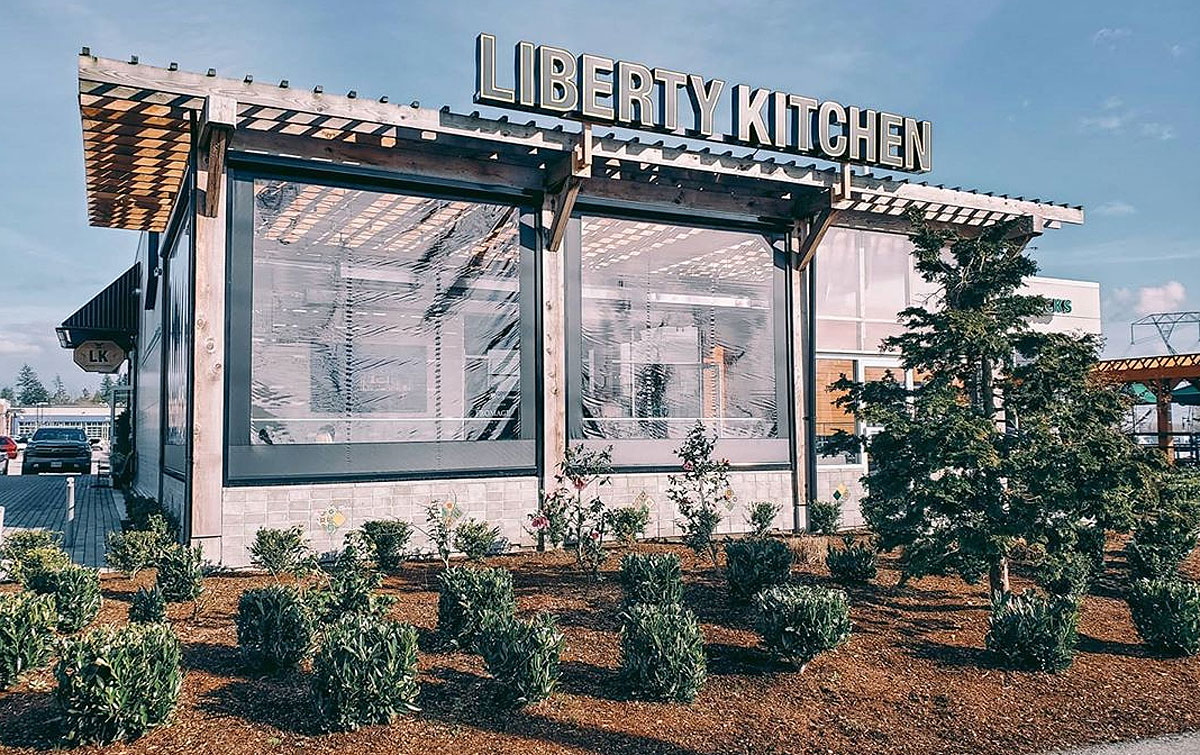