Excavators are working away at Lyall, Head and Gore streets in Esquimalt working on the future site of Westbay Quay, an 85-home mixed-use condominium and retail development along the western shores of the Inner Harbour. Citified.ca

commercial, condos, Urban core
Excavation begins for waterfront Westbay Quay condominium dev on the Inner Harbour
MIKE KOZAKOWSKI, CITIFIED.CA
Article updated on August 27, 2020
Esquimalt’s up-market Westbay Quay condominium project is well underway with construction in full swing at the waterfront property.
The all-concrete, mixed-use development reached 70% sold-out status in the spring of 2020 as excavation completed on the triangular site (bordered by Lyall, Head and Gore streets) and underground structural work began.
“With below-ground work nearly completed, the first floor of Westbay Quay's Lapis and Topaz buildings is scheduled to rise by early September,” said David Price, one of the partners at Victoria-based Tenfold Projects. “Construction will span into 2021 with move-in ready homes targeted for mid-summer of that year.”
Comprised of the six-storey Topaz, the five-storey Sapphire and the two-storey Lapis buildings, Westbay Quay’s 85-suites of oceanfront homes will be anchored by a commercial and retail component along the ground floor with frontage onto Head and Lyall streets.
The crown jewel of the project, with its expansive penthouses and spacious residences, the ultra-luxury Sapphire component is on track for a late August reveal. More information on the Sapphire phase is available here.
Following the sell-out of the Lapis building, Tenfold is focused on sales of remaining residences within Topaz, which offers all-concrete homes in a mid-rise design priced from $410,000 for one-bedroom layouts and $679,000 for the larger two-bedroom floorplans. The building’s ground level live-work residences and suites on the second and third floors are also offered for sale.
Floorplans span from 575 square foot one-bedroom layouts to 1,111 square foot two-bedroom residences, many of which feature unimpeded ocean views overlooking the busy harbour, the Salish Sea, downtown Victoria and the Olympic Mountain range beyond.
Westbay Quay follows in the footsteps of Tenfold’s nearby Swallows Landing condominiums perched atop the tallest rise along the shores of the Inner Harbour. The two-tower project remains one of the most sought after re-sale opportunities among Victoria’s luxury condominium offerings and stands as a key landmark at the entrance to the Inner Harbour.
“Westbay Quay is a continuation of the momentum we built at Swallows Landing which happens to directly overlook the Westbay Marina and the construction site,” Price said.
“Swallows Landing was pivotal in kickstarting a densification effort along Esquimalt’s beautiful waterfront which not only contains some of the last development opportunities on the shores of the harbour, but is highly sought after for its close proximity to downtown Victoria, easy access to transit and a large availability of nearby amenities.”
Meanwhile, construction on Tenfold’s sold-out The Wade condominium complex in downtown Victoria is pushing towards completion this fall. The Wade is comprised of a new-build wing overlooking Cook and Johnson streets, and a full restoration of the 1950’s-era modernist Medical Arts Building (at Pandora Avenue and Cook Street) that has stood as a fixture of downtown Victoria’s east end for generations. Occupancy will occur in two phases, with the north wing planned for late September and the south wing later in the year.
To learn more about Westbay Quay and to connect with the sales team, call 250-384-2771. The Westbay Quay presentation centre at 453 Head Street is currently open by appointment only. To view Westbay Quay’s official website, click here. C
Receive Citified's timely real-estate news straight to your inbox. Sign up for our newsletter.

2020 to usher in first-ever Alaskan cruises originating from Victoria 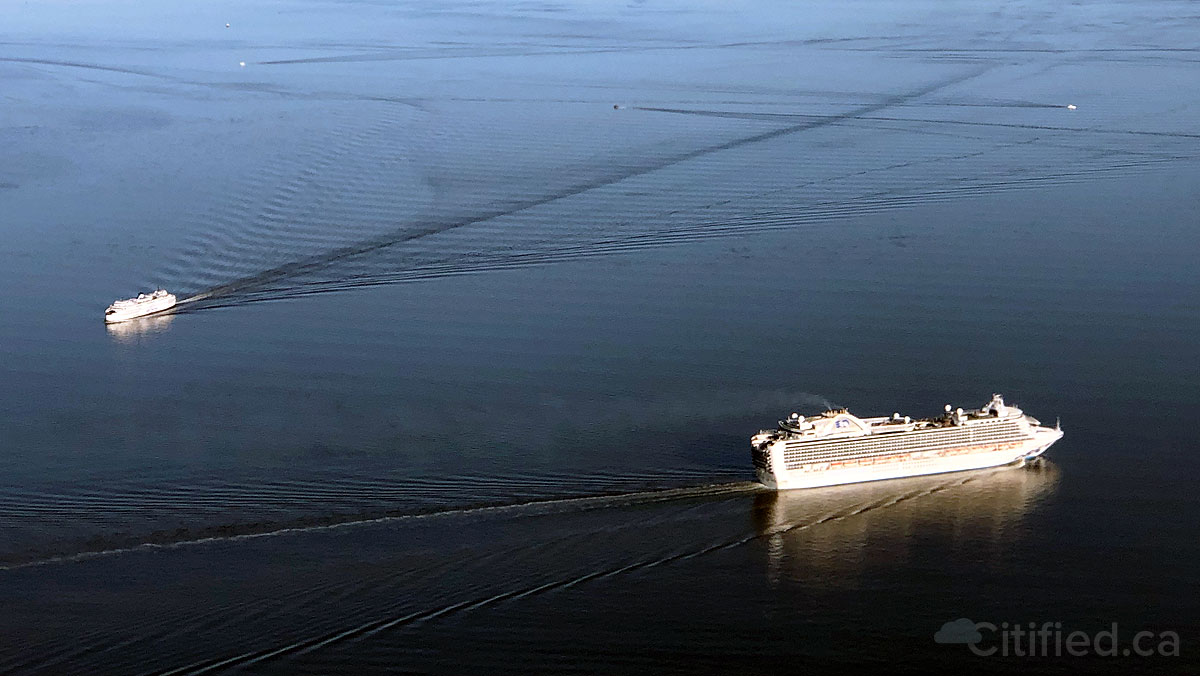