Bingo Esquimalt, at 820 Esquimalt Road in the Township of Esquimalt, closed in the spring of 2020 due to COVID-19 regulations. The bingo hall property and two adjacent lots fronting Old Esquimalt Road are now the focus of a redevelopment proposal.  Google

rentals, Urban core
Esquimalt's bingo hall redevelopment eyed as six-storey, nearly 140-unit rental block
Mike Kozakowski, Citified.ca
Esquimalt’s landmark bingo hall property near the Esquimalt-Victoria border could become a rental complex with nearly 140 residences, Citified has learned.
Vancouver-based developer Denciti has submitted plans to the Township of Esquimalt seeking approvals to build a six-storey project that would span from Bingo Esquimalt’s Esquimalt Road frontage to Old Esquimalt Road north of the hall.
The gaming venue closed in March of 2020, a closure attributed to COVID-19 regulations.
In addition to the bingo property, two single-family-dwellings along Old Esquimalt Road add to the project’s land assembly.
The concept, designed by Integra Architecture and currently dubbed Esquimalt Terrace, would feature two levels of underground parking above six residential levels that rise four-storeys along the Old Esquimalt Road frontage before tapering back on levels five and six. At Esquimalt Road, the building’s facade would stand six-storeys tall.
Denciti is calling for a mix of one, two and three-bedroom layouts, plus garden suite options along the ground level. Two lobbies will service the building, with a larger lobby accessible via Old Esquimalt Road, along with parkade access.
Esquimalt’s eastern portion at the City of Victoria’s Vic West neighbourhood border has seen significant change in recent years, and continues to draw interest from the development community.
One property west of the Denciti proposal, developers Vanguard Projects and Kingsnorth Development completed a six-storey condominium in 2019 at 826 Esquimalt Road, known as Verde Living. Immediately across the street, Avenir Living has received approvals for an eight-storey seniors residence known as Hythe Pointe. Further west and back across Esquimalt Road, developer PC Urban has plans to redevelop the Cambie Pub lands into a nearly 200-unit rental project with ground floor retail spaces (the Cambie’s liquor store, Cask & Keg, recently closed to make way for construction).
Back on the south side of Esquimalt Road, Lexi Development Group is in the early stages of site work for its Pacific House condominium, on Esquimalt Road at Head Street, while additional projects are planned along Dunsmuir Road two blocks south.
Esquimalt has pursued high density development along its main thoroughfares as part of an urban renewal agenda, and to diversify its tax base. Home to CFB Esquimalt, the Capital Region’s wastewater treatment plant and multiple federal government operations along its coastline, the urban core municipality near downtown Victoria is considered to be one of the most desirable areas of the Capital Region for high density condominium and rental apartment living. C
Receive Citified's timely real-estate news straight to your inbox. Sign up for our newsletter, and connect with us on Facebook: 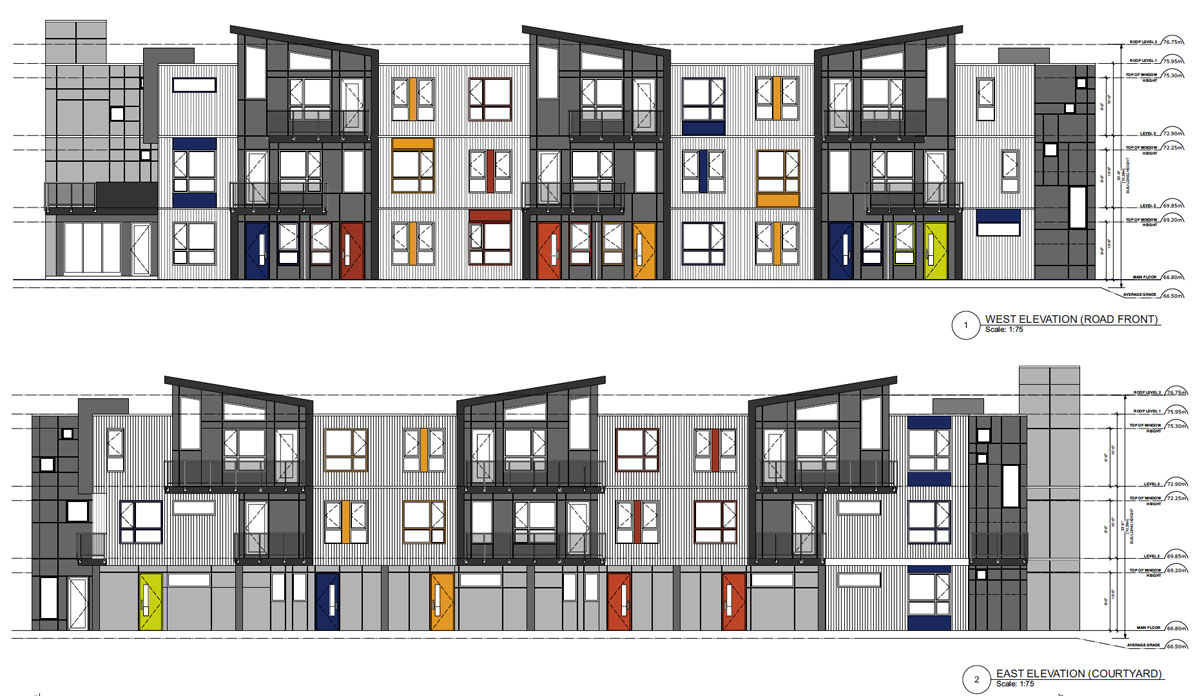