A massing diagram depicts the east and west elevations of the largest of three buildings proposed for 6719 West Saanich Road, the former home of Sassy's Restaurant in Central Saanich. Updated plans for the project include two three-storey buildings, and a two-storey building.  Finlayson Bonet Architecture

commercial, rentals, Saanich Peninsula
Apartments, short-term rentals and retail spaces envisioned in new plans for Sassy’s Restaurant site in Central Saanich
Mike Kozakowski, Citified.ca
Plans to redevelop Central Saanich’s Sassy’s Restaurant property at 6719 West Saanich Road are crystallizing following the submission of an updated proposal to the district.
Envisioned is a three-storey, 20-unit residential complex with studio, one and two-bedroom residences fronting West Saanich Road, a three-storey mixed-use building with 12 short-term rental apartments and ground floor retail space overlooking the West Saanich Road and Keating Cross Road intersection, and a two-storey mixed-use building housing a cafe and a caretaker’s residence at the south end of the property, along West Saanich Road.
The market residences will range from just under 450 square feet in size to over 850 square feet, plus a nearly 950 square foot accessible one-bedroom layout. Short-term rentals will be sized from 608 square feet to nearly 1,050 square feet, according to municipal plans.
Parking will be in the form of an underground parkade and a surface parking lot, totalling 109-stalls between them. A public plaza will be situated at the intersection in conjunction with a patio associated to the business operating from within the building housing short-term rental apartments.
An earlier concept from 2020 proposed a three-storey block of townhome-style live-work suites with ground level commercial spaces and a restaurant along West Saanich Road. A three-storey mixed-use residential and commercial building was to be sited near the West Saanich Road and Keating Cross Road intersection at the north end of the site. Total residential density of the earlier plans was 21-units.
The initial plan was at the creative direction of Eric Barker Architect, while the latest plans are via Finlayson Bonet Architecture.
After 43 years of food services operations on the property, Sassy’s Restaurant marked its last day of business on August 21st. The restaurants had operated as Porter House and Smitty's prior to Sassy's. C
Receive Citified's timely real-estate news straight to your inbox. Sign up for our newsletter, and connect with us on Facebook: 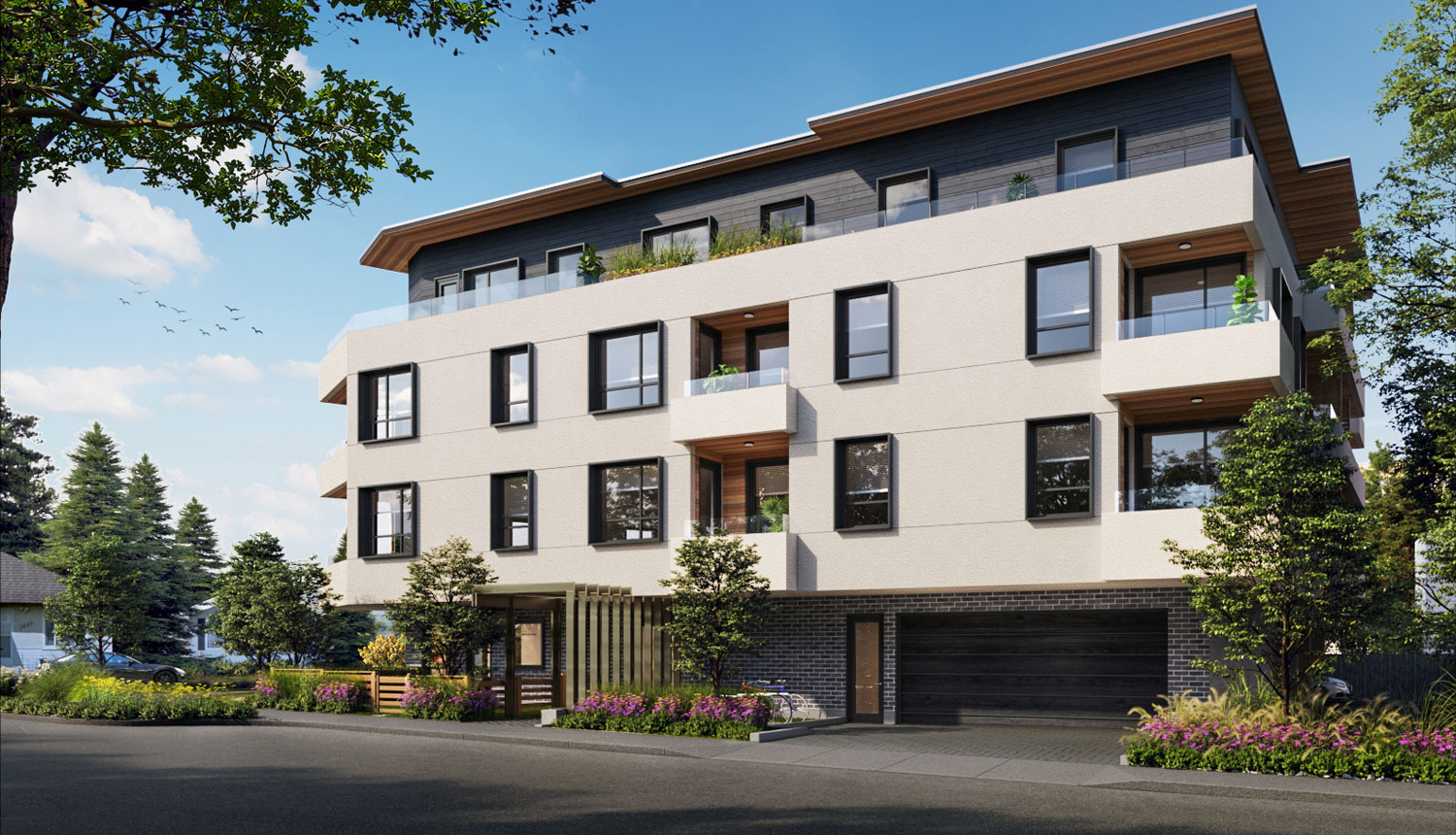