Victoria's skyline is changing as heights and densities, particularly in the downtown core and surrounding areas, meet the needs of a growing urban centre.  Citified.ca

commercial, condos, Downtown Victoria, Urban core
Demand for housing pushes Victoria buildings to new heights
MIKE KOZAKOWSKI, CITIFIED.CA
Downtown Victoria’s construction boom will yield approximately 1,100 condo and purpose-built rental units between 2017 and 2018, according to Citified’s data.
The rush to deliver housing to the city centre is critical to easing Victoria’s rapidly escalating real-estate prices and re-inflating its apartment vacancy rate, currently hovering at just above zero per-cent.
To accommodate this growth and the rising demand for homes, Victoria’s urban form has undergone a subtle change that only ten years ago would have been considered un-Victorian.
Building heights – a hot-button topic among members of community associations and policy-makers for decades – have been creeping up as construction costs rise and developers set out to accomplish much more with less land.
And few Victorians, by all accounts, appear upset with the changes, but it wasn’t always that way.
A storied past
Victoria’s aversion to tall buildings stems from the 1970’s when officials imposed a strict 43-metre height limit on new construction following the development of several highrise towers in James Bay. Fearing a reoccurrence of what was happening in downtown Vancouver’s West End, council established a limit that relegated buildings to a maximum of 14-storeys.
The exact reason behind the decision to restrict buildings to 43-metres, and not 42 or 44, are to this day somewhat of a mystery. Their effect on the housing industry, however, was profound.
An anti-height attitude among elected officials and special interest groups resulted in a generation of buildings with forcefully reduced densities. Although the consequences of favouring optics over function were unintended, the result became a major factor in Victoria’s present-day housing crisis.
Fast-forwarding to the new millennium, City of Victoria officials now recognize that restricting building heights not only constrains the housing supply but also makes that supply much more costly for consumers. Following several years of civic planning and community consultations regarding the future of Victoria’s built form and architecture, the 2012 Official Community Plan (OCP) raised the height bar to 24-storeys, or approximately 72-metres, concentrated between Blanshard, Douglas, Herald and View streets. Although in-keeping with its shorter predecessor, the modern limit appears now as it did then as somewhat arbitrary.
The result of the City’s relaxed outlook on building heights was immediate. Average tower heights leaped from 13-storeys to 17-storeys in the span of several years, bringing more units and more residents to the downtown core and its surrounding areas.
A new tallest emerges
With a city no longer restrained by batophobia (an abnormal fear of tall buildings and objects), Victoria’s skyline is about to realize its biggest change in decades.
The exact details of that change, however, remain a closely guarded secret.
The developer behind downtown Victoria’s Hudson District, Vancouver-based Townline, has approved density in place to build a 24-storey mixed-use residential and commercial tower in the 700-block of Herald Street behind the former Hudson’s Bay Department Store.
The Hudson District’s ode to Victoria’s progress and prosperity could rise to 72-metres, as per the OCP and the existing approvals associated with Townline’s property, or the developer may change course and re-envision what is destined to become a defining piece of modern architecture.
Alternatively, of course, market forces could also dictate a shorter building with a wider base.
Nevertheless, Townline is actively pursuing an altered development concept and plans to submit its plans to the City of Victoria by early next year. Provided the timelines for approvals works in the developer's favour, excavation could be underway by the summer.
Title-holders
Nanaimo is currently home to Vancouver Island’s tallest building. Standing 76-metres above downtown Nanaimo, the 26-storey Beacon condo tower was completed in 1995 and surpassed the height of Victoria’s 22-storey, 62-metre tall Orchard House (erected in the late 1960’s) for the title of Tallest Building on Vancouver Island. Is Townline keen on reclaiming that honour for the Capital City? The difference in height between Townline’s approved plans and the Island’s tallest building is only four metres, after all.
In 2014 Vancouver-based Bosa Properties inched a little closer to Nanaimo’s record-holder upon completion of Vic West’s 21-storey Promontory tower. Promontory, standing 66-metres tall, clinched the title of Victoria’s Tallest Building from Orchard House but wasn’t quite tall enough to pose a threat in a Beacon vs. Promontory match-up.
On the horizon
The Hudson District may be the site of a (potential) new tallest building on Vancouver Island, but there’s plenty happening elsewhere in Victoria.
At Vic West’s Bayview and Roundhouse developments along Esquimalt Road, several residential towers are slated to rise in excess of 20-storeys. One could reach as high as 23-storeys and end up just shy of what could be built in The Hudson District. At the nearby Dockside Green development between Tyee and Harbour roads multiple towers are envisioned with heights of 20-storeys, or more, as part of the project’s later phases.
Over in downtown Victoria where the majority of the urban core’s density is concentrated and continues to increase, the perception that rising building heights and densities erode the uniqueness of Victoria has all but disappeared. The downtown core’s business climate is thriving, demand for housing is at an all-time high, and the prospects of a new landmark tower harken back to the early days of a Capital City whose founders pushed the limits of possibility to build the jewel that is Victoria. C
Tell us in the comments below what you think of Victoria’s changing built form. Or visit VibrantVictoria’s discussion forum and join in the conversation. 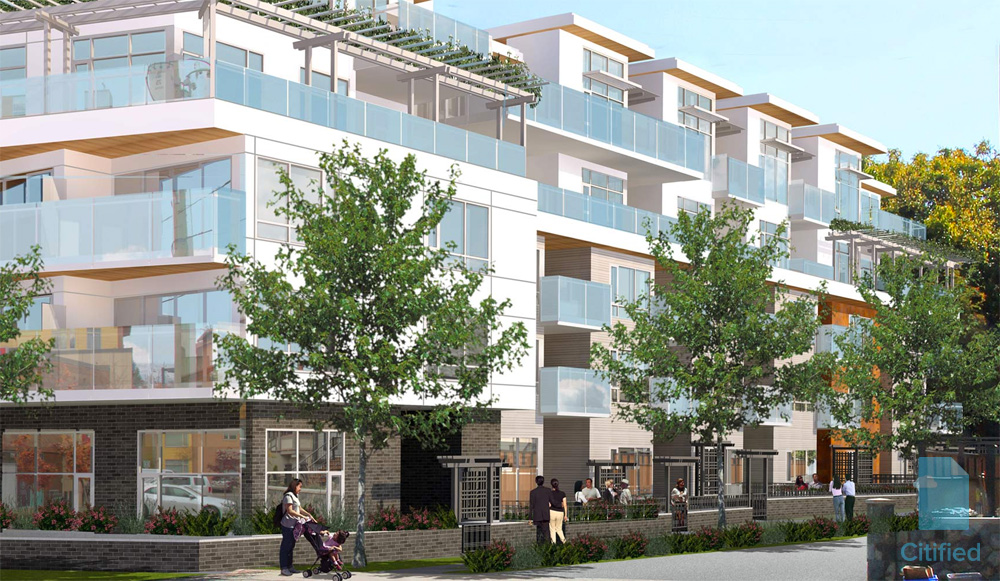