civic, commercial, Downtown Victoria, Urban core
City of Victoria "no longer willing to host" Capital Region's second casino: Mayor Helps
CITIFIED STAFF, CITIFIED.CA
City of Victoria Mayor Lisa Helps no longer considers a downtown casino as “good news for Victoria,” her former position on the prospect of the region’s second gambling facility opening within the municipality.
In a December 5th letter addressed to the British Columbia Lottery Corporation (BCLC) that has been scheduled for deliberation at a December 13th Committee of the Whole meeting, Helps states that recent revelations pertaining to B.C.’s gambling industry have soured her on the prospect of a casino returning to Victoria.
“Since 2015, there have been substantial issues uncovered with regard to money laundering in BC casinos as well as potential links to the trafficking of fentanyl,” Helps wrote. “Given that BCLC is in the process of taking the next step in terms of its procurement process, it is prudent to indicate to BCLC that Victoria is no longer willing to host a casino in the City of Victoria.”
In mid-2016 the BCLC officially lent its support for Victoria's plans of re-opening a casino in the city-proper nearly two decades after a Great Canadian Casino closed on Douglas Street at Finlayson Street only to re-emerge in 2001 along the Colwood Strip in View Royal.
Two years later a provincial report identifying criminal activity at B.C. casinos was released to the public that outlined serious criminality stemming from provincial gambling operations.
Nevertheless, View Royal’s Elements Casino Victoria recently underwent an expansion that coincided with the BCLC’s backing for a secondary facility on the south Island. Five Westshore municipalities together with Esquimalt are financial benefactors of gambling revenues allocated to View Royal which are then redistributed.
With the potential for a Victoria casino all but nixed, an opportunity now exists for a neighbouring municipality to pursue an alternate application likely to be supported by the BCLC. To-date no recent proposals or concepts for a casino in either of Saanich, Esquimalt or Oak Bay have materialized although Saanich had formerly expressed support for hosting a casino. C
Receive Citified's timely real-estate news straight to your inbox. Sign up for our newsletter. 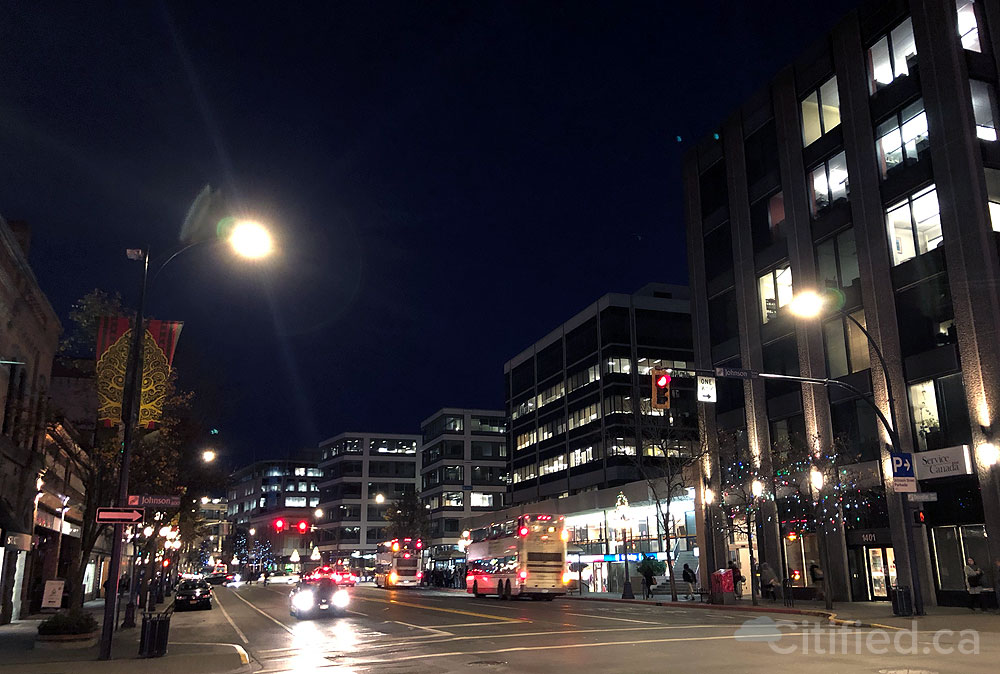 Citified Victoria
@CitifiedYYJ
Oct. 30
Fifteen88 from @AbstractDev, now 90% sold-out, is one of the first condominium projects to rise as part of #Saanich… https://t.co/0u7fDDUATO