An artist's rendering of the 135-suite Vivid at the Yates condominium tower now rising along the 800-block of Johnson Street. The 20-storey highrise is a first-for-Victoria BC Housing-backed project that helped first-time and entry-level buyers get a leg up on home ownership in the BC Capital.  Chard Development

commercial, condos, Downtown Victoria
BC Housing-backed Vivid at the Yates condominium in downtown Victoria reaches sold-out status
MIKE KOZAKOWSKI, CITIFIED.CA
Chard Development’s 135-suite Vivid at the Yates condominium tower has reached sold-out status, Citified has learned.
Rising along the 800-block of Johnson Street in downtown’s Harris Green neighbourhood, the 20-storey highrise hit the market in late 2017 as first-for-Victoria offering geared towards first-time and and entry-level buyers caught in a cycle of rising real-estate prices and competing with an investor market targeting lower priced pre-sale inventory.
Through a financing arrangement made possible with the help of BC Housing, Chard Development was able to assist qualifying purchasers with a leg up on ownership through discounted home prices relative to their assessed value, and a residency agreement that favoured owner-occupiers over investors.
By capping a qualifying purchaser’s household income at $150,000, the developer was able to directly cater to the non-investor market. An additional requirement of ownership stipulated that purchasers would not be permitted to rent their suites for a period of two years following project completion, and over the same timespan a re-sale of the unit could only proceed due to hardship. In such cases, the buyer would need to meet the same income criteria as the seller while the re-sale price would be assessed at approximately 8% below current market value. Only after the two year period could the residence be rented to tenants or re-sold at market rates.
Chard’s partnership with BC Housing was an immediate success with dozens of first-time and lower income-earners signing on as purchasers during Vivid’s initial sales launch and dozens more signing on in the months to come.
Company officials uphold the partnership with BC Housing as a novel approach to helping individuals enter highly valued real-estate markets like Victoria’s, and they see more opportunities for pursuing similar arrangements in the future.
Vivid at the Yates is Chard Development’s eighth residential tower in downtown Victoria and periphery neighbourhoods. The project is rising alongside the 122-suite Yates on Yates condominium, also 20-storeys tall, that will front onto the 800-block of Yates Street.
Vivid’s completion is estimated for early 2021. C
Receive Citified's timely real-estate news straight to your inbox. Sign up for our newsletter. 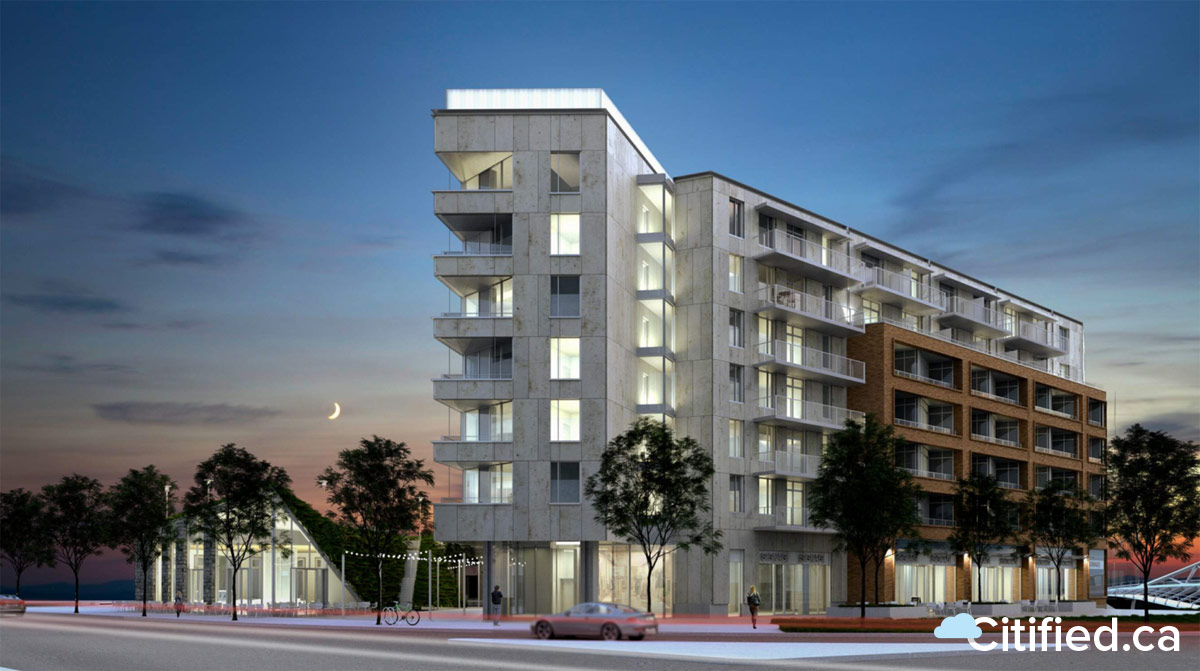