A condo proposal at 613 Herald Street will be before City of Victoria council in the coming weeks to secure development approvals following a redesign driven by community feedback. Although not visible from this angle, the project is now six-storeys tall with a recessed top floor that resulted from a density transfer from the fourth and fifth floors to better accommodate a neighbouring building.  Homewood Constructors.

A revised proposal for a six-storey mixed-use 32 unit condo and ground floor commercial development at 613 Herald Street in Victoria's Chinatown district will be before City of Victoria in the coming weeks.

Project architect Peter Hardcastle, Principal at Hillel Architecture of Victoria, cited community feedback as the driver of design improvements that have allowed the development concept, formerly known as Kunju Residences, to mesh into the existing fabric of the neighbourhood.

"Through consultation with the community we were able to make changes that were very well received by neighbours, particularly the residents of 601 Herald Street who were understandably concerned about the effect of shadows on a private garden space in the rear of their building," Hardcastle said.

Despite following the City of Victoria’s development guidelines the five-storey structure was not a perfect fit in the context of its neighbours. This gave Hardcastle an idea for a workaround with no net loss of density.

"By adding an additional floor to the building with a sizable setback from the street and from the rear, we were able to remove southwest corner units on the fourth and fifth floors that impeded sunlight from reaching our neighbour’s garden. Planners support the change and neighbours are happy that their garden will not be impacted by our building."

The southwest corner of the 613 Herald Street’s fourth floor will now feature a private patio for a residence while the creation of a recessed sixth floor will accommodate private rooftop patio spaces for the residents of the two penthouse units.

Developer Homewood Constructors plans to start construction as soon as approvals are received some time this winter. The building’s 32 one bedroom units, ranging between 475 and 682 square feet, will be sold as condos without rental restrictions. 9 ground level parking spaces will be available for purchase while one will be made available for visitors. The ground floor will contain two commercial units fronting onto Herald Street sized at 425 and 560 square feet. C

James Bay heritage homes on the move: seafaring relocation will be a sight to see 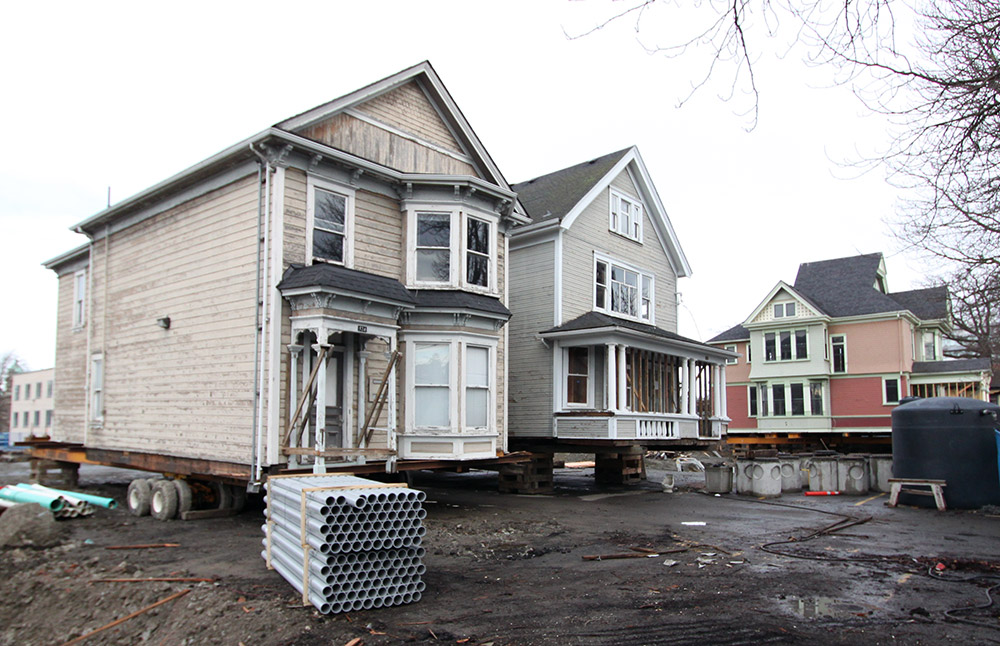