commercial, condos, hotel, rentals, Downtown Victoria
South downtown art deco-styled office complex to anchor 21-storey hotel/residential project
MIKE KOZAKOWSKI, CITIFIED.CA
Vancouver-based Reliance Properties, which recently announced a $1.2 billion partnership agreement to build Colwood’s Royal Beach community alongside Seacliff Properties, is pursuing plans for a highrise mixed-use tower in downtown Victoria’s south end.
Envisioned for 780 Blanshard Street between Fairfield Road and Burdett Avenue is a hotel and residential project that could rise as high as 21-storeys, plus an amenity space as part of a 22nd floor.
Reliance has pitched the idea to the Victoria Downtown Residents Association (DRA) citing hotel uses for a refurbished art deco-styled office complex (known formally as the B.C. Power Commission Building) and residential suites within a tower above.
Parking is not part of the proposal, according to the DRA.
The four-storey low-rise (appearing between two and four-storeys tall across its various frontages overlooking the Humboldt Valley) features ornate exterior art work and stylized building elements common to the late 1930s and early 1940s.
Completed in 1940 with the intended use as a hospital, 780 Blanshard Street became the headquarters for the province’s electrification efforts in the mid-century and remained an integral part of provincial business until mid-2020 when government tenants were relocated to newly-built offices at James Bay’s Capital Park.
Prior to restoration work and eventual construction, Reliance has leased the building to local arts groups as part of a cultural campus for organizations that include the Ministry of Casual Living, Victoria Tool Library, Supply Victoria and others.
780 Blanshard Street was purchased by Reliance in the summer of 2019 with a restoration effort in mind, which is largely considered by the development community as the firm’s area of expertise.
The developer has overseen the restoration of some two dozen buildings throughout Vancouver and Victoria, including Victoria’s Janion Hotel which became the 122-unit Janion project on Store Street at Pandora Avenue, and the soon-to-be-restored Northern Junk buildings on Wharf Street at Johnson Street as part of the 47-unit 1314-1324 Wharf Street rental block approved in 2021 after a decade-plus of municipal wrangling.
The company also owns the historic Fairfield Block property on Douglas Street at Cormorant Street, 1244 Wharf Street at the foot of Yates Street, 31 Bastion Square (a key landmark overlooking the popular public plaza), and has several acres in planning for the Capital Iron lands on the north edge of downtown along Chatham Street from the Upper Harbour waterfront to Government Street.
Victoria’s hotel industry, meanwhile, has seen a significant reduction in hotel room capacity since the early 2000s, and a surge of hotels-turned-government housing projects that saw multiple high-profile properties in the City-proper convert to non-transient uses.
In total some 2,000-units of transient lodging have disappeared from a city highly dependent on tourism dollars, but what was lost is being regained as multiple players work to add hotel capacity to the city centre.
Chief among them is Chard Development and UVic Properties which recently secured approvals for a 135-room Hyatt Centric hotel that will span most of Broad Street’s 1300-block between Yates and Johnson streets.
On Fort Street at Blanshard Street, Merchant House Capital received council’s green light last fall to build a 128-room hotel as part of a 20-storey tower known as the Montrose Wintergarden.
In Humber Green overlooking the nexus of Gorge Road East, Blanshard Street, Douglas Street and Hillside Avenue, Sandman Hotels is seeking approvals to redevelop its existing 100-unit complex into nearly 200 suites.
And across the harbour in Vic West, Focus Equities, at the helm of the massive Bayview project in the neighbourhood’s Songhees area, has plans for multiple hotel operations within its multi-tower vision. C
Receive Citified's timely real-estate news straight to your inbox. Sign up for our newsletter, and connect with us on Facebook: 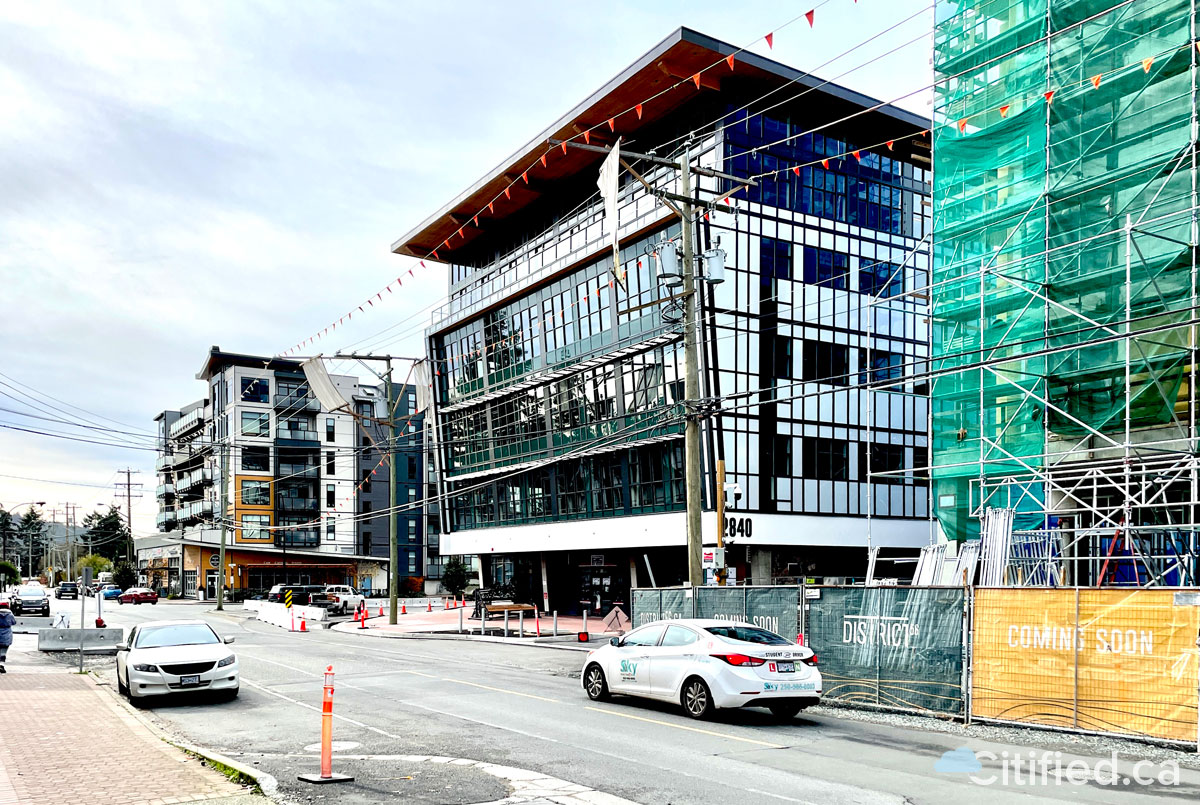